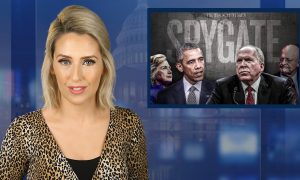 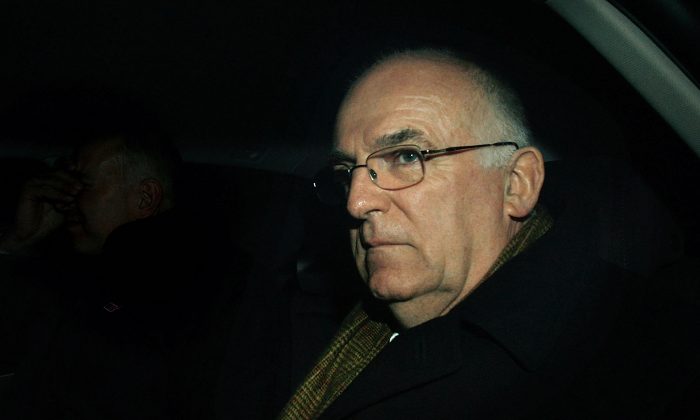 UK, Australia Have Reason to Be Concerned About Declassification

The high-level calls were most likely coordinated and related entirely to Trump’s recent declassification order. The message appears to have been simple and direct. As Trump noted, “key Allies called to ask not to release.”

These calls should be receiving far more attention than they have been getting.

Trump’s initial declassification order was related to the release of three sets of documents related to the FBI’s Russia investigation: specifically 21 pages from the June 2017 Carter Page FISA renewal, a series of FBI interviews with former Associate Deputy Attorney General Bruce Ohr, and FBI reports of interviews prepared in connection with the Page FISA applications.

Classified or not, Britain and Australia know full well what those documents contain. It would appear they don’t want their role in events surrounding the 2016 presidential election to be made public.

By now, Christopher Steele has become a household name. He was the author of the controversial dossier alleging collusion between Russia and Trump.

Steele is also a former Secret Intelligence Service (MI6) agent. He retains close ties with former MI6 head, Sir Richard Dearlove. Steele, and his business partner, Christopher Burrows, consulted with Dearlove while they were in the process of producing additional documents for the dossier.

A good point to start is in late 2015. Britain’s Government Communications Headquarters (GCHQ) was involved in collecting information regarding then-candidate Trump and transmitting it to the United States.

As Luke Harding of The Guardian reported, “The precise nature of these exchanges has not been made public, but according to sources in the U.S. and the UK, they formed a suspicious pattern. They continued through the first half of 2016. The intelligence was handed to the U.S. as part of a routine sharing of information.”

In the summer of 2016, Robert Hannigan, the head of GCHQ, flew from London to meet personally with then-CIA Director John Brennan.

The Guardian reported on speculation that Hannigan’s resignation was directly related to UK intelligence sharing.

As GCHQ was gathering intelligence, low-level Trump campaign foreign-policy adviser George Papadopoulos appears to have been targeted after a series of highly coincidental meetings.

Most of these meetings with Papadopoulos—whose own background and reasons for joining the Trump campaign remain suspicious—occurred in the first half of 2016.

Mifsud, who introduced Papadopoulos to a series of Russian contacts, appears to have more connections with Western intelligence than Russian intelligence. He’s been pictured with then-foreign Secretary Boris Johnson and Claire Smith, a member of the UK Joint Intelligence Committee, which oversees all UK intelligence agencies.

It appears that Mifsud and Smith knew each other for a number of years. If Mifsud was a Russian spy, he was enormously successful. Mifsud’s current whereabouts remain the subject of some speculation. Lawyers for the Democratic National Committee (DNC) recently told a U.S. court that Mifsud may be deceased.

Alexander Downer, the Australian diplomat, met with Papadopoulos in May 2016 in a meeting established through a chain of two intermediaries.

Information allegedly relayed by Papadopoulos during the meeting, that the Russians had damaging information on Hillary Clinton, appears nearly identical to information later contained in the first memo from Steele that the FBI obtained in early July 2016.

Downer’s conversation with Papadopoulos was reportedly disclosed to the FBI on July 22, 2016, through channels with the Australian government.

However, according to a May 31, 2018, article published in The Wall Street Journal, it was Downer who conveyed his information directly to the U.S. Embassy in London.

“The Downer details landed with the embassy’s then-chargé d’affaires, Elizabeth Dibble, who previously served as a principal deputy assistant secretary in Mrs. Clinton’s State Department,” the article states. Where the information went from there remains unknown.

Details from the conversation between Downer and Papadopoulos were then used by the FBI to open their counterintelligence investigation on July 31, 2016.

On Sept. 2, 2016, Papadopoulos accepted a meeting with Stefan Halper, who appears to have approached Papadopoulos unbidden. Papadopoulos, who had no prior contact with Halper, would meet with him in London on Sept. 13, 2016.

An unexpected meeting with the UK Foreign and Commonwealth Office immediately followed. Papadopoulos recently referred to these meetings in a tweet:

“Stefan Halper, lured me to London so that the British MI6 could spy on the campaign, the British Ministry of Foreign Affairs invited me to their offices to talk about Trump and what a threat him supporting Breexit [SIC] was.”

Halper had previously invited Carter Page to attend a July 2016 symposium held at Cambridge regarding the upcoming election. The speaker list was notable:

Page attended the symposium just four days after his July 2016 Moscow trip and met with Halper during the London visit. Page’s Moscow trip would later figure prominently in the Steele dossier.

Halper, who has been outed as an FBI informant, stayed in contact with Page for the next 14 months, until halting exactly as the final FISA warrant on Page expired.

Dearlove has ties to most of the parties mentioned.

It was he who advised Steele and his business partner, Burrows, to work with a top British government official to pass along information to the FBI in the fall of 2016.  He also was a speaker at the July 2016 Cambridge symposium that Halper invited Page to attend.

Dearlove knows Halper through their mutual association at the Cambridge Intelligence Seminar. Dearlove also knows Sir Iain Lobban, a former head of GCHQ, who is an advisory board member at British strategic intelligence and advisory firm Hakluyt, which was founded by former MI6 members and retains close ties to UK Intelligence services.

Hakluyt’s founders are Christopher James and Mike Reynolds. James and Reynolds are both reportedly close with Dearlove.

Another member of Hakluyt is Jonathan Clarke, who is the U.S. representative–director U.S. operations for Hakluyt. Halper has connections to Hakluyt through Clarke, with whom he has co-authored two books. You can find a June 2004 video of the pair discussing their first book here.

Downer, who met with Papadopoulos, served on the advisory board of Hakluyt from 2008-2014. He reportedly still maintains contact with Hakluyt officials.

The Steele dossier was fed into U.S. channels through several different sources. One such source was Sir Andrew Wood, the former British ambassador to Russia, who had been briefed about the dossier by Steele. Wood later relayed information regarding the dossier to the late Sen. John McCain, who dispatched David Kramer to London to meet with Steele in November 2016.

Kramer returned from his London meeting with a copy of the dossier in his possession.

McCain reportedly passed this copy to then-FBI Director James Comey. Wood may also have worked on behalf of Steele’s company, Orbis Business Intelligence—he was referenced in a court filing as an Orbis associate.

Dearlove and Wood are both members of the group Briefings for Brexit. It would prove surprising if they hadn’t known each other for years.

Steele, the author of the dossier, has known members of the FBI’s Eurasian Joint Organized Crime Squad for years, after Steele provided assistance in the FBI’s investigation into possible FIFA corruption, on concern that Russia might have been engaging in bribery to host the 2018 World Cup.

The Eurasian Organized Crime unit, which was headed by Michael Gaeta at the time, specializes in investigating criminal groups from Georgia, Russia, and Ukraine.

Gaeta, an FBI agent and an assistant legal attaché at the U.S. Embassy in Rome, met with Steele in London on July 5, 2016, for the express purpose of receiving the dossier. For this visit, the FBI sought permission from the office of Victoria Nuland, the assistant secretary of state for European and Eurasian affairs. Nuland, who had been the recipient of many of Steele’s reports, gave permission for the meeting between Gaeta and Steele.

There’s another central figure in the Trump–Russia investigation who had meaningful overlap with the FBI’s Eurasian squad: former FBI Deputy Director Andrew McCabe.

In 2003, he became the supervisory special agent of the Eurasian Organized Crime Task Force. McCabe remained with the Eurasian squad until 2006, when he was moved to FBI headquarters in Washington.

Given the involvement of former and current members of UK intelligence, the question is not, “Did UK intelligence know of Steele’s activities?” but rather, “How high did this knowledge go?”

We know that the UK government attempted to protect the identity of Steele, going so far as to issue a Defence Advisory Notice: “A request to news editors not to publish or broadcast items on specified subjects for reasons of national security.”

Meanwhile, Papadopoulos has been busy lambasting both Britain and Australia on Twitter. On Sept. 25, he sent out this take:

“Once this bombshell document about me, that the British government is begging our government to remain classified, is released I look very much forward to testifying to congress.”

The British and Australian governments are right to be concerned—officially or not, they were both involved in efforts to affect our 2016 presidential election.