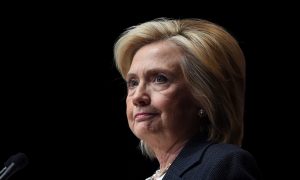 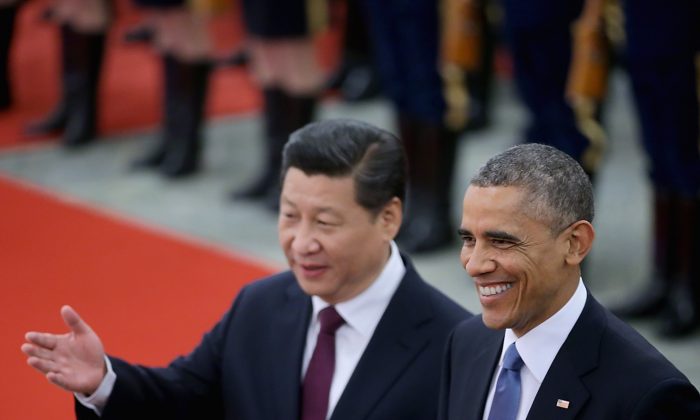 The US Presidential Primaries in the Eyes of Chinese Media

The U.S. election primary races taking place now aren’t just a matter of intense interest for Americans: China’s propaganda and media apparatus also appears excited about the prospect of again cynically demonstrating the flaws in American democracy, lest too many Chinese citizens get the wrong idea about China’s own one-Party dictatorship.

According to Bowen Press, an affiliate of the overseas Chinese website Boxun, China’s Propaganda Department recently issued a directive telling state-media to play down election news, forbidding any reports that would promote “U.S.-style democracy.”

Bowen’s report could not be independently verified. A version of it was cited by Radio Free Asia and Apple Daily, and RFA cited its own source—a journalist at a state-run media outlet—saying that while he had not seen such a notice, it did not seem out of the ordinary.

Chinese media should focus on scandals, instead, the notice instructed: issues like how much money is involved in the election, and the personal wealth of the candidates.

A search on Baidu, the largest search engine in China, and across state-affiliated websites, demonstrates that the coverage about the U.S. election broadly corresponds with the tone set by the notice. The number of reports casting a cynical eye at the election, for instance, far outstrips those that present a measured or positive analysis of democracy.

The Party’s chief mouthpiece, China Central Television, took a jab at the U.S. primaries by calling them “a test of the performance skills of candidates,” and “an election for the rich that will exacerbate social polarization,” in two separate articles published on Jan. 30 and Feb. 1.

Even scenes of candidates’ family amity were seen as staged dramas that “test a candidate’s acting skills to the full.”

“The election in America has more and more become a game for the rich,” wrote Xinhua, calling it the result of the “systematic deficiencies in the American electoral system.”

Of course, views similar to these are available in the United States—though they exist as part of a continuum, and are countervailed by other perspectives, and the freedom for all to express themselves. In the Chinese context, the reporting is aimed solely at disparaging democracy for the purpose of propping up the legitimacy of Party dictatorship.

But some of the complaints about U.S. democracy seemed to descend to the petty.

“If you are a U.S. voter, if you ever leave your personal information with any company, then the political parties may be able to get your information to identify potential supporters,” warned the website of the Organization Department of Chongqing, responsible for personnel matters in the Party.

The Party School, the ideological training center of the Chinese Communist Party (whose officials are not elected, and typically only leave their posts when they retire, or are expelled for corruption), faulted the day on which the election was held. “Having it on Tuesday just doesn’t go well with the high-tempo industrial society. Americans get so tired working on the previous day, how will they have the energy to cast a vote?”

Even the Central Compilation and Translation Bureau saw fit to offer an opinion on the U.S. elections. “Many developing countries only take notice of ‘elections’ on the surface in the U.S. system, but fail to see the flaws of the western democratic election system,” it said.

Apparently as a warning to any other country that might be thinking about trying out democracy, the Bureau continued: “Some of these countries also hold a national election or national referendum, and in the end fall into social and political chaos.”