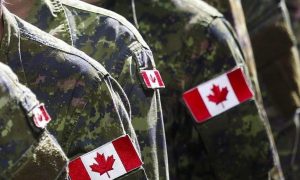 The Two Kinds of Equality

The two types of equality are not merely incompatible, they cannot coexist

The above video is part of a series created by The North Wire.

Most people would say they believe in equality, but what does equality really mean?

These two versions of equality are not just different, but opposite.

In contrast, equality of outcome, or substantive equality, does not mean treating people the same. It requires treating them differently, so as to achieve equal or equivalent results. Justice should not be blind, the thinking goes, but should inquire into group identity. The law should not treat people the same way but make distinctions based on group affiliation, and adjust to take subsequent advantages and disadvantages into account.

These two kinds of equality are incompatible. They cannot coexist.

The law cannot apply the same rules to everyone and also apply different rules to different people. If we say that the law must apply equally to everyone, then equality of outcome is impossible. If we insist that all should achieve equal levels of success, then the same rules and standards cannot be applied. It must be one thing or the other.

Where substantive equality is the objective, courts must consider whether standards will be more difficult for some to meet than others. For example, a rule might require that all military soldiers be able to run a mile in under 10 minutes wearing heavy boots. That rule establishes a common standard for everyone and meets the requirements for formal equality.

However, if the average man runs faster than the average woman, the rule does not comply with the requirements for substantive equality because as a group women will have a greater challenge meeting the standard than men.

In Canada, the right to formal equality appears to be guaranteed in the Charter of Rights and Freedoms. Section 15(1) of the Charter reads: “Every individual is equal … without discrimination…” The section applies to individuals, not to groups. To which individuals does the guarantee apply? Every single one, without regard to whatever group affiliations they might claim.

The Charter’s words describe a universal right to formal equality. The same rules are to apply to everyone “…without discrimination and, in particular, without discrimination based on race, national or ethnic origin, colour, religion, sex, age or mental or physical disability.” The section says that the law should not distinguish between people on the basis of identity. Do not inquire into who they are, it says. Make and apply rules without recognizing distinctions between them.

The problem is, the Supreme Court of Canada has disagreed. Over the past 30 years, the court has insisted that section 15(1) protects substantive, not formal, equality. It has said that “identical treatment may frequently produce serious inequality” and that different treatment may be necessary to produce equal outcomes between groups. The court has insisted that equal application of the law is not what the Charter requires.

Under the Charter, substantive equality means discriminating in favour of “historically disadvantaged” groups. It is available only in select circumstances to a privileged few.

Non-Aboriginals may be prohibited from hunting and fishing when Aboriginals are free to do so, but not the other way around. Female military recruits may get longer to run a mile than male recruits even if some are better runners than the men.

What of the slow, white male who wants to join the military, hunt, and fish? He has the worst of all constitutional worlds. He can neither insist that the same rules be applied to everyone nor claim to belong to the right kind of group to have the rules adjusted in his favour. The words of the Charter say that every individual is equal, but he is not one of them.

In the end, substantive equality achieves the very same outcome it aims to eradicate in the first place: it makes some more equal than others.