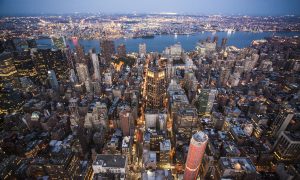 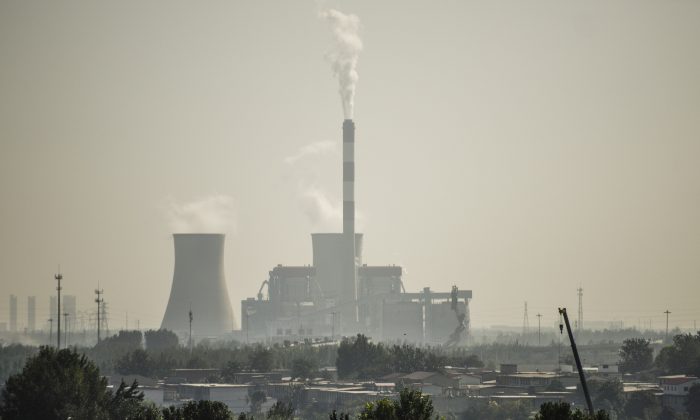 A factory on the outskirts of Shijiazhuang in China's Hebei province on Sept. 25. (Fred Dufour/AFP/Getty Images)
China

The Truth About China’s Small and Medium Enterprises Is Frightening

Editor’s note: The following article was posted by a pseudonymous Sina Weibo account associated with the website “Guantian Window,” a business portal run by entrepreneurs from Shaanxi Province. It presents two stories of the difficulties that small businesses face currently in China, as orders sag, debtors renege on loans, and they struggle for capital to keep operations going.

In a well-known industrial city in western China, Wang Dewu’s China Kaibang Metal Co. has been in operation for almost 16 years. The company (its name has been changed) started initially with several workers from stated-owned enterprises (SOE) and developed into a factory with more than 100 workers at its peak. Its customer base grew from local companies to over a dozen provinces nationwide. In the past 16 years, Wang Dewu, the company CEO, (whose name has been changed) became a district Chinese People’s Political Consultative Conference (CPPCC) member as a model entrepreneur. After all, he left his SOE position and started his own business, contributing tax and providing employment.

About a year ago, the company got fewer and fewer orders and its debt kept increasing. When a loan from a bank was due, he was told to follow the old routine: borrow 5 million yuan from another source and pay off the loan, and then to get a loan again from the bank. But he wasn’t able to raise the 5 million yuan from friends this time, so he turned instead to small loan companies, underground usury firms, and relatives. He paid off the bank loan, but his company hadn’t turned a profit in nearly two years. Wang was confident the bank would provide a new loan in a few weeks—he just had to hold on.

Then, he began visiting the bank almost every day. In a month and half, they finally told him that they couldn’t loan the 5 million yuan, because after the bank reviewed the books of his company, they found its cash flow was insufficient. This was a shock to Wang. He had promised to his lenders that he’d return the money in a month, and the massive interest payments due to the loan sharks were due in a month. With the bank loan sunk, he didn’t know what to do.

A year passed, and the company’s past glories evaporated. People came to the factory gate every day asking for money. Wang was exhausted. The friends he had when he was doing well all left him, lenders took him to court, his factory and bank accounts were seized. A relative called him: “Dewu, we’re a working class couple. Your brother was sick last night, but we weren’t able to pay the fee to get him hospitalized. I’ll die in your home if you do not pay back the money!”

Wang Dewu was left hopeless. He just couldn’t understand: after so many years of feeding that many workers and paying that much tax, why was no one helping him now?

Liu Gang (a pseudonym) was born in the 1970s. He was in the army stationed in a city. He became a salesman in a door and window factory owned by the father of one of his friends after leaving the army. Clever and diligent, Liu became his boss’s right-hand man in less than two years. He got married and bought a house, and eventually wanted to be his own boss.

Six months later, Liu Gang rented five acres of land in a village south of the city’s Development Area. He built a simple plant and purchased used equipment. He was the owner as well as the salesman. It was very difficult in the first two years, but each time he was on the brink of bankruptcy, his former boss helped him out. Gradually he acquired more and more customers and his business improved. His employees increased from more than 20 to over 60, with gross revenue exceeding 15 million yuan.

One year before the Chinese New Year, Liu Gang received a large order from a client in Gansu Province, asking for delivery in early March. In order to finish it on time, he took out a 6 million yuan loan. He was able to deliver the products on time, but when he called the customer for payment, no one answered the phone. The customer later texted him telling him that payment may have to wait a while. Liu thought this was all very sudden, so he traveled to the customer’s city to reconnoiter. The warehouses and factory were all closed, sealed by the court, and the owner told him sadly: “Brother, I was the guarantee lender for a real estate company, with 30 million yuan on the line. The real estate projects stopped due to issues with the land, and now the court’s closed my business. I just don’t know what to do.”

Liu knew he was in big trouble. He didn’t tell his wife what had happened, but in less than a year the overall economy got worse. In order to maintain operations at his plant, Liu began resorting to underground banks and small loan companies. Last year, when the economy got still worse, the gaps in Liu’s factory finances became larger and larger. Creditors, banks, the courts, and even the mob began following him. They even followed his son to school.

This lasted six months. Finally, after he came back from a visit to a loan shark one day, Liu jumped from the window of his 17th floor apartment.

A factory owner in another city told me that not only were small and medium enterprises (SMEs) struggling in his city, but that SMEs nationwide were also struggling. In the past several decades hundreds of thousands of SME owners had contributed to the prosperity of the country. However, they were not treated as mainstream, because they were not government sponsored.

He told me: “It will be a disaster if the government doesn’t create an environment as soon as possible that gives SME business owners confidence to survive and develop. Tens of thousands of business owners are facing bankruptcy or losing all their wealth but nobody ever stands up to give them a hand.”

The loss of state-owned enterprises are paid by the state, but nobody pays for private businesses, and nobody has pity on them. He also said there is no space for SMEs to survive. Financing channels are tied up in a few hands, and it’s hard for ordinary people to get loans or capital. He said he wouldn’t have his children suffer such a fate even if it cost all his wealth.

By chance, I met the vice president of an industrial chamber of commerce days ago. He told me that they had over 100 member enterprises in 2013, but now one third had disappeared, one-third had switched their business, and the other one third is struggling hard.

I felt for the fate of the people. The fate of small and medium companies in China is frightening.