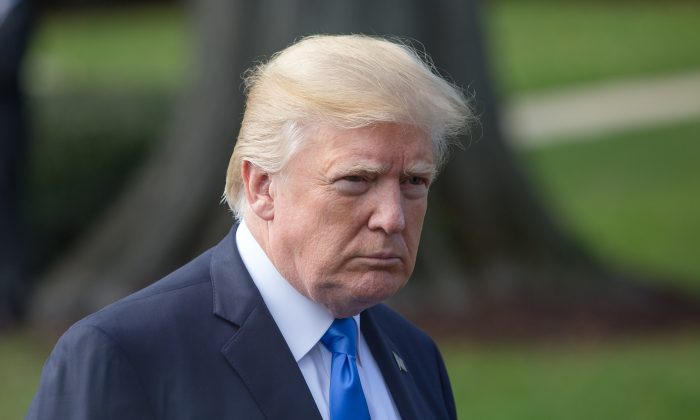 The infamous “Trump dossier” was funded by the Democratic National Committee (DNC) and the Clinton campaign during the 2016 election. Who would have thought it?

Before the news broke, Trump joked (or was he not joking?) a couple of times on Twitter that the DNC, Hillary Clinton, or the Federal Bureau of Investigation (FBI) had funded the discredited document. The very same people who broke the story of the dossier ridiculed Trump for making the connection, saying his tweets were “crazy.”

One New York Times reporter complained afterward that she had been misled “for a year” by the Clinton campaign on who had funded the dossier. Another said a Team Clinton lawyer had vehemently denied they had funded the operation. So he gave up on the story.

Now we know enough to connect the dots and reveal the truth about the Trump–Russian collusion investigation. Let us start by reviewing the key facts.

The whole Russian collusion narrative was well-planned and wonderfully executed by the Democrats.

In August, the author of the dossier, former British spook Christopher Steele, handed the document to the FBI, and in October, approximately a month before election day, Steele reached an agreement with the FBI for it to continue paying for his research (in the end, the FBI did not do so). The dossier was shopped to media in October, who refused to publish it because its claims could not be verified.

Within 24 hours of her concession speech, Clinton’s team decided, as recounted in the book “Shattered: Inside Hillary Clinton’s Doomed Campaign,” to “engineer the case” against Russia and then-FBI Director James Comey. In their script, the Russian hacking of DNC email servers was the centerpiece.

Clinton’s media allies loyally regurgitated the talking points, pushing Congress to probe the Russian interference of the 2016 election. Senate and House committees began investigations, with the Senate investigation starting before Trump was sworn in as president.

Comey treated the dossier as though its claims were true. He cited the document in his briefings to members of Congress. The FBI reportedly used the dossier as evidence to obtain a secret court warrant(s) to eavesdrop on Carter Page, a one-time foreign policy adviser. It is still unclear whether secret warrants against other Trump associates were based on the dossier.

In March, Attorney General Jeff Sessions was accused of having had “undisclosed meetings” with Russian officials during the 2016 campaign, and he recused himself from the Russian probe. In May, Deputy Attorney General Rod Rosenstein appointed Robert Mueller as special counsel to investigate the alleged Russian interference in the election.

Next, pressure was put on Sessions to force him to stay away from the Russian probe. Following Sessions’s self-recusal, the biggest obstacle to appointing a special or independent counsel was removed. Finally, the Democrats got Mueller, a good friend of Comey, to lead a special counsel investigation.

The Trump dossier and the Russian probe that has followed are an attempt at a bloodless coup d’etat.

The Democrats lost the 2016 election, but instead of looking inward and honing their message, they chose without factual evidence to paint Trump as a traitor who had leveraged foreign powers to win the election. The end goal, at least for some Democrats, is for Mueller to dethrone Trump and Clinton to be installed as the president of the United States.

The Russian probe is an assault against a duly elected president; it is an affront to our democracy and to the millions who have made the ultimate sacrifice to preserve our liberty. It has also set a bad precedent for future U.S. politics: There is no guarantee Clinton will be the last conniving and scheming sore loser.