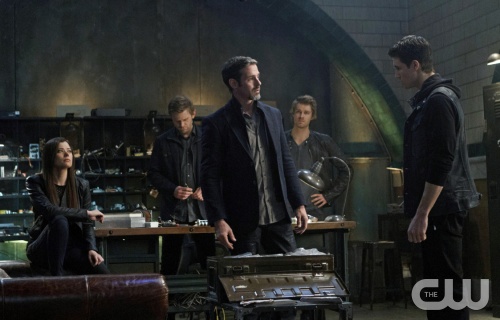 The Tomorrow People Season 2? CW Show Most Likely Going to Get Canceled

The Tomorrow People on The CW is probably not going to get renewed for another season.

The freshman show has been dipping lower and lower in viewer ratings. Last week’s episode drew just 0.93 million overall and 0.4 million in the 18-49 age bracket.

In comparison, The 100–a somewhat similar show that’s considered likely to be renewed–scored 1.88 million overall and 0.6 million in the bracket.

The Tomorrow People is “set to be canceled,” according to TV Wise, which analyzes potential renewals and cancellations.

Zap2It, a similar blog, says that the show is more likely to be canceled than renewed.

Fellow Monday night CW show show Star-Crossed is almost certainly going to be canceled, drawing ever fewer viewers than The Tomorrow People. The Carrie Diaries is also slated to be canceled.

The CW has already renewed Reign, The Originals, Arrow, Vampire Diaries, and Supernatural.

The network has new shows in the works, including iZombie, Flash, and the Supernatural spinoff.