Time Has Come to Remove the Cancer of the CCP 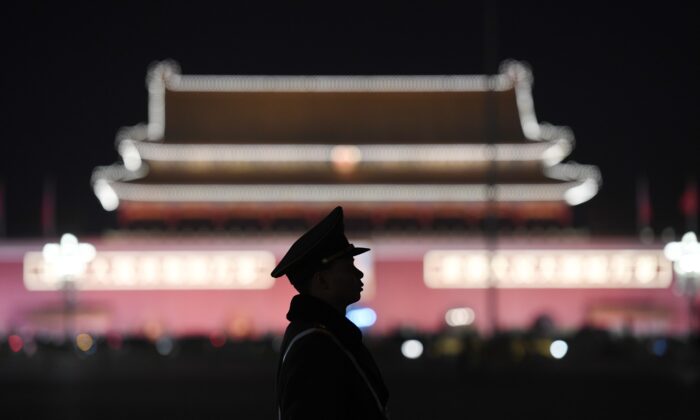 It’s always been a mystery to me as to why America dealt with the Soviet Union as an evil communist regime, but treated China as a mild one that could be bought with money and a good lifestyle.

We thought we were rich enough, powerful enough, and attractive enough to change China into a normal society such as one in the free world. Instead, the business and investment from the United States have made the Chinese Communist Party (CCP) stronger. The CCP is like a cancer that sucks nutrition from a healthy organ to become a bigger threat to the whole body.

The spread of the CCP virus around the world shows us how dangerous the CCP is. It is contagious. It is invisible. It is deadly. It is a threat to everyone on this planet.

When The Epoch Times published the editorial series, “Nine Commentaries on the Communist Party,” which lays bare the history of the CCP, readers wrote to us asking, “Where was The New York Times when this was happening?”

When the Great Leap Forward happened and millions were killed, we thought it was a China issue. When the Great Famine happened and 40 million people starved to death, it was a remote problem. When the Tiananmen Square massacre happened, we continued to do business with the CCP. When the persecution of the spiritual practice Falun Gong happened, we tried to please the CCP by looking away.

In some ways, the CCP has changed. It actually has grown. It has slicker packaging and understands the West better—so it can do a better job of taking advantage of the West. Its propaganda always uses the United States as a negative example, telling the Chinese people that the CCP is better.

In many ways, the CCP has never changed—its nature has never changed. During the Great Famine, CCP officials blockaded many villages, not allowing people to go out to beg for food. It was more important to the CCP to hide the truth.

Sixty years later, when the coronavirus spread, some villages were sealed off, some homes were locked from the outside. Some children starved to death.

The CCP says there have been 3,259 deaths from the virus, but this doesn’t match what we have seen happening in China. We know cremation centers in Wuhan were operating 24 hours a day, seven days a week. Outside some villages, bodies were burned in open-air pits. Forty mobile furnaces were shipped to Wuhan. Each can burn five tons of “medical waste and dead animal bodies” (animal bodies or human bodies?) each day.

Insiders say the death toll from the CCP virus has surpassed 1 million. We have no way to prove or disprove that number. Recent reports of the remaining number of cellphone users in China suggest the number of deaths may be far higher than previously suggested.

Supposing that China Unicom kept all its users in February, the entire Chinese market still lost about 12.85 million cellphone users that month. How many of those people died in the past month?

With the CCP concealing information about the virus, the world has been caught unprepared. Now, we have become victims, as the virus has crossed borders. Should we continue to deal with the CCP like we are dealing with a group of gentlemen? We have lost our manufacturing jobs; we have lost intellectual property. Now, are we are going to lose our family members, and maybe our own lives?

When a cancer continues to grow, what is the end result?

Fortunately, we are still strong as a country. However, when good cells fight off cancer, it’s a life-and-death struggle. If we don’t see this clearly, if we don’t take out the CCP as soon as possible, a more deadly virus might come. This CCP virus should be lesson enough for us.

Eliminating the CCP doesn’t require World War III. If we cut our ties to it, it will starve to death quickly, like a cancer separated from its host.

Diana Zhang
Diana Zhang, Ph.D., is a staff writer with 20 years’ experience in the study of China. Based in the United States, she uses a pen name to protect her family members in China.