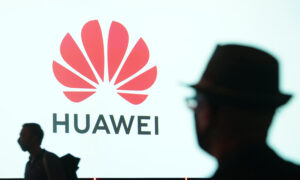 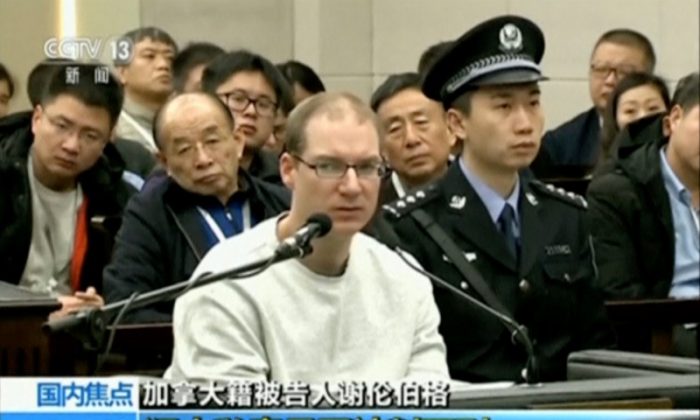 A still image taken from CCTV video shows Canadian Robert Lloyd Schellenberg in court, where he was sentenced with a death penalty for drug smuggling, in Dalian, Liaoning Province, China, on Jan. 14, 2019. (CCTV via Reuters)
Thinking About China

Canadians, and the world, have learned a lot about what passes for law in China following what is widely believed to be a hostage taking by the Chinese Communist Party (CCP).

Two Canadians were incarcerated almost three years ago: Michael Spavor, a businessman who ran a travel and cultural exchange business between China and North Korea, and Michael Kovrig, a former diplomat working for the International Crisis Group, a transnational, pro-peace think tank with headquarters in Brussels.

The “two Michaels,” as they’re known, were arrested by Beijing shortly after Canadian authorities detained Meng Wanzhou, the CFO of Chinese telecom giant Huawei, at the behest of the United States. The Michaels, held virtually incommunicado with limited consular visits and for the most part unable to see lawyers or their family, were then tried in secret courts run by the CCP. Spavor on Aug. 10 was convicted of espionage and sentenced to 11 years in prison in a decision “preordained by the Communist party,” as had been predicted months earlier by Guy Saint-Jacques, former Canadian ambassador to China. Kovrig awaits a decision on the charges of espionage against him. Their trials were perfunctory affairs, over in a matter of two hours in Spavor’s case and one day in Kovrig’s. We don’t know if they were allowed to call any witnesses in their defense, or much else about what rights, if any, they were allowed to exercise.

As egregious as Beijing’s treatment of the Michaels has been, its treatment of a third, lesser-known Canadian—Robert Schellenberg—is, if anything, even more outrageous, and even more revealing of the sham that passes for China’s justice system.

Schellenberg was apprehended on drug-trafficking charges in China in 2014, found guilty at a court in Dalian and received a 15-year sentence on Nov. 20, 2018. But his fortunes became far more perilous 11 days later, on Dec. 1, 2018, when Meng was arrested at Vancouver International Airport.

Schellenberg, who has proclaimed his innocence all along, appealed the 15-year sentence, thinking he had nothing to lose, since under Chinese law an appellant’s sentence cannot be increased without new evidence. The CCP made an exception for him, and to make sure the world appreciated that this was no longer a routine drug-trafficking case, its State Council Information Office invited the international press to Dalian to observe the appeal hearing.

Instead of a normal appeal-court process, in which an appeals court simply reviews the existing written evidence, Schellenberg’s appeal court held a hearing on Dec. 29, declared after 20 minutes of deliberations that the original sentence was overly lenient and “obviously inappropriate,” and sent the case back to the original court for a retrial.

“It took the Dalian Procuratorate only one day to produce and submit the so-called supplementary indictment to the court after the retrial order had been made,” stated Mo Shaoping, whose law firm represents Schellenberg. “Just 16 days later the court tried Schellenberg again and announced the death penalty right after the trial,” on Jan. 14, although no new evidence was presented.

China’s legal fraternity was so alarmed by these departures from China’s formal laws and precedents that numerous members took the unusual step of immediately rebuking the powers that be. The following day, on Jan. 15, Zhang Jianwei, law professor at Tsinghua University, commented on social media that “increasing the penalty through spurious reasons is a violation of the principle of no increase of sentence on appeal.”

Zhang’s criticism was echoed the same day by He Weifang, law professor at Peking University, who said, “In this country, administrative officials can make wrong decisions and diplomats can blatantly lie, but if judicial organs also take part in such a farce, succumbing to external interference and treating the law like a toy, that’s really a despairing and perilous situation.”

And the next day by numerous others, including lawyer Ma Gangquan, who noted that “in less than a day, deftly and expediently,” China’s justice system retried Schellenberg, determined him guilty and sentenced him to death on the spot. China’s justice system then timed its next decision in the Schellenberg saga—its rejection of his appeal of the death sentence—for maximum effect, the day before Spavor’s conviction and sentencing.

The case of Schellenberg, the third Michael, the third hostage, shows that China may be willing to put a Canadian to death in order to coerce the Canadian government into abandoning its own legal system and release Meng prior to Canada’s legal system playing out. As this case becomes better known, it will prove a wake-up call for Westerners who have assumed that China has a functioning legal system, to the detriment of the CCP.

Tsinghua University’s Zhang may have best described the long-term fallout: “At the moment when China and Canada is locked in a diplomatic row, such a judicial re-sentencing rouses the suspicion that the judiciary in China is merely a servant of politics, and it hurts the international perception of China being a country governed according to the law. As such, there is more to be lost than gained. You may think you are doing good for the country, but you are in fact ruining it.”