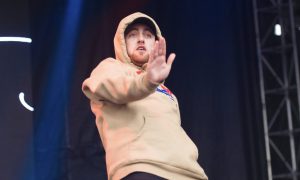 Mac Miller Cause of Death Still a 'Mystery:' Report
0 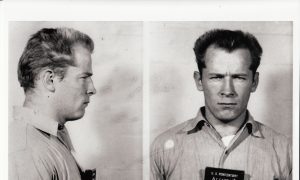 Cause of Death for 'Whitey' Bulger Revealed: Reports
0

Stock photo of an ambulance en route to save a life.
Entertainment News

Tony Award-nominated actor Donald Moffat passed away on Dec. 20 at the age of 87.

Moffat had experienced complications from a recent stroke, his daughter Lynn told the New York Times. He died in Sleepy Hollow, New York.

He is best-known for his acting roles in movies including The Thing directed by John Carpenter, Clear and Present Danger, Logan’s Run, The Right Stuff, Popeye, The Bonfire of the Vanities, and Trapped in Paradise.

Moffat was nominated for Best Actor Tony Award twice in 1967 for his role in the movies, Right You Are (If You Think You Are) and The Wild Duck.

Born in England in 1930, Moffatt had a dream to leave the United Kingdom and instead live in the United States.

“One reason he was anxious to leave England was the class system,” Lynn Moffat said. “He hated it. And he loved Americans.”

“He met many American G.I.s in Totnes, in Devonshire, where he lived as a boy. It was in the American sector for the D-Day invasions,” Lynn added. “He also met many Americans after the war at the Royal Academy of Dramatic Arts, where he studied, including his first wife, Anne Murray.”

He retired from acting in 2005 and one of his last appearances in any performance was an off-Broadway production of “A Few Stout Individuals” in 2002.

Before that, Moffatt also appeared in a number of TV shows from the 1970s onward, including in The Six Million Dollar Man, The Waltons, Dr. Quinn, Medicine Woman, and The West Wing.

Moffat leaves behind his wife, four daughters, and a host of grandchildren and great-grandchildren.