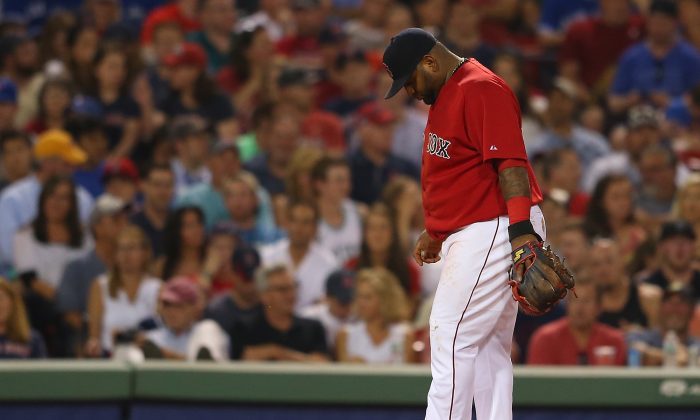 Pablo Sandoval had a career-worst season last year in Boston—his first with the Red Sox after signing with them in free agency. (Jim Rogash/Getty Images)
Baseball

The Tease That Is Baseball’s Free Agency

Baseball’s ongoing free agency is an exciting time for fans, players, their agents, and front offices alike. Rumors swirl, dreams are wished, and eventually figures are written down on paper as contracts are eventually signed—each for tens or hundreds of millions of dollars, of course.

It happens every offseason.

Unfortunately, the result was another last-place finish in the AL East and two nearly-impossible-to-move contracts. Bravo. Boston’s deep pockets, though, can handle two bad contracts and keep going. But not every team can.

So what happened? The overweight Sandoval, whose main value was his hitting, didn’t hit, posting a career-worst .245 average while hitting just 10 home runs in 126 games. In addition, his defense—which was never Gold Glove caliber, yet good enough to stay at the hot corner—regressed as well, registering a -0.9 WAR (wins above replacement), according to baseball-reference.com. Overall, he was worth an overall -0.3 WAR for the season. Yikes.

Meanwhile Ramirez, who was moved to outfield for the first time in his career, fared slightly better (on offense, that is) hitting 19 home runs in 105 games, but he hit just .249. Meanwhile his defensive experiment of playing in Fenway Park’s outfield was worth an atrocious -2.5 WAR, and the Red Sox were forced to find another position for him to play.

Not every case plays out this poorly, but it’s a gamble nonetheless as teams are usually paying for past performance.

Here’s why. Unless a player is released, he has to wait a minimum of six years before he gets to venture into the free agent market free-for-all. By that time, players are usually in their late 20s or early 30s and the decline soon sets in—if it hasn’t already.

Sure, some players—like Barry Bonds—peaked later in their careers, but if a 37-year-old hit 73 home runs in a season nowadays, the league would probably make that player take urine samples on a round-the-clock basis until something showed up.

Three years ago, two-time Gold Glove-winning free agent outfielder Michael Bourn sat on the open market for months as teams, wisely, held off signing a 30-year-old outfielder whose biggest attribute was his speed. Why? The legs are usually the first to go.

Eventually he got Cleveland to agree to a 4-year, $48 million deal that quickly backfired on the Indians. Although Bourn was worth 2.3 WAR in 2013, injuries limited his effectiveness the last two seasons and Cleveland eventually shipped him off to Atlanta in a swap of bad contracts—along with fellow free agent bust Nick Swisher—but not before agreeing to pay the Braves for part of his contract.

Right now, 31-year-old free agent Alex Gordon figures to be the Bourn of this year’s class. The four-time Gold Glove winner is a fan favorite for sure, as few players work as hard or are as good of a leader as this longtime Kansas City Royal. Yet, Gordon suffered a hamstring injury last July that cost him nearly two months of action, and he didn’t look as comfortable in the outfield upon his return—never a good sign for someone about to turn 32.

Plus, with him reportedly wanting a five-year commitment, most teams would probably be wise to back off, like the Royals—who are already saddled with Omar Infante’s contract—are doing now. They can’t afford another bad deal and still stay competitive like Boston (presumably) can.