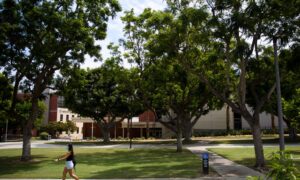 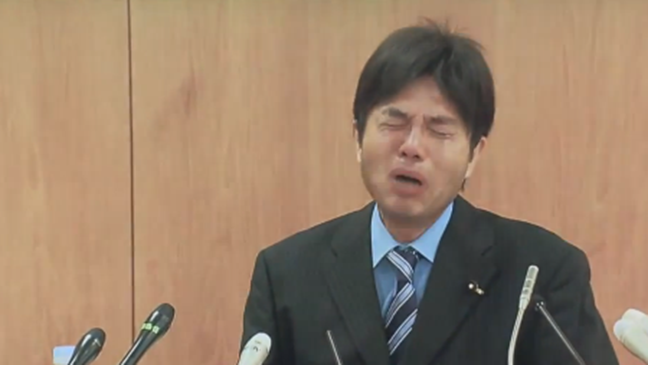 Ryutaro Nonomura doing what he does best
News

The Tale of Ryutaro Nonomura (that Crying Japanese Politician)

On July 1st, Japanese local politician Ryutaro Nonomura held a press conference to provide explanation for his suspected misuse of over 3 million yen. During the three hour address, Nonomura broke down in tears, wailing uncontrollably and obviously trying his hardest to become an internet meme. A television channel recorded Nonomura’s tantrum and had the brilliant idea of posting it on the internet. Just like Gangnam Style, the video broke into western media, and is being covered by nearly every channel, newspaper, and blog (around the world).

But who is this 37-year-old Hyogo Prefectural assemblyman and why are we all watching him cry? I talked about apathetic, meaningless apologies a few weeks ago. But no matter how fake and planned Nonomura’s crying and outbursts may seem, I really think that he cared about the people he was representing. This guy, as misguided and corrupt as he may be, actually cared about the Kansai region, the Hyogo prefecture, and his district of Nishinomiya.

Before I jump into talking about Nonomura’s deep rooted love for all things Kansai, let me just preface this with some background on Kansai and it’s differences with the rest of the country. Kansai makes up a section in the West, which includes cities like Osaka, Kyoto, and Kobe. But Kanto, which includes Tokyo and the surrounding prefectures, represents “standard Japanese culture.”

On a map Kansai and Kanto just look like two geographical regions in the same country, but in actuality both regions have particularly deep cultural distinctions (moreso than other regions). Historically, the distinction between the Kansai and Kanto regions date as far back as the 10th century when barrier stations were strategically established to inspect passing travelers. The word Kansai literally means “west of the barrier,” while Kanto means “east of the barrier.”

Regional characteristics are reinforced by the fact that Kansai has a separate dialect from Kanto. Although the dialect used in Tokyo basically become standard Japanese and is used all over Japan,  diverse dialects throughout the country still remain. The most robust of the dialects is Kansai-ben.

Understanding Kansai-ben can be a challenge for people not from Kansai, because it has a different vocabulary, pronunciations, grammatical system and even intonations. It is often perceived as more casual, loud, and emotional than the Japanese spoken by the rest of the country.

People from Kansai take pride in being able to speak Kansai-ben and have other cultural distinctions (like possessing a sense of humor). Throughout most of Japanese history, the country’s culture was defined more by region than by the nation. Kansai’s citizens of today are proud of their long history of merchants, and hold onto the values of their ancestors. Just like the merchants of Feudal Japan, people from Kansai characterize themselves as being entrepreneurial, down-to-earth and possessing a sense of humor (as opposed to the perception that people from Kanto are sophisticated, reserved and formal.

Now back to the cry baby.

Born in Kansai in 1966, Nonomura was basically destined to love his region from the beginning. He attended a famous high school in Osaka, and decided to study law Kansai University. After graduating from Kansai’s fine public university, he felt it was time to give back to the Kansai region. Living and attending schools in prideful Kansai defined Nonomura’s character at a young age. He wasn’t just some regular old Japanese citizen, he was Nonomura from Kansai.

I speculate it was during this time working for the schools that he got frustrated with the bureaucracy and inefficiency in the Hyogo prefecture’s school system. Realizing he could do little to effect change as a simple staff member for the Kawanishi public schools, Nonomura quit working for Kawanishi City and decided to pursue a career in local politics. He wanted to finally help the Kansai region that he loved.

Starting small, he decided to run for Hyogo prefectural assemblyman. At the beginning of 2011, he announced his candidacy in the prefecture’s Nishinomiya constituency, with the platform of improving the employment rate and the enrollment rate of public high schools. He won the election without an endorsement by any major part.

From the beginning, he wanted to climb the political ladder in the Hyogo prefecture assembly. He began courting allies, and even ran for the position of assembly president and vice president. Although he lost, it was clear that he was running out of a desire to make a real difference not only in Hyogo, but all of Kansai.

Along with the policies he proposed during the election, he also adopted the popular “One Nishinomiya” and “The Last hope of the Nishinomiya People” policies. The “One Nishinomiya” policy was an enormous infrastructure project to develop more trains and highways to connect the corners of Nishinomiya. “The Last Hope of the Nishinomiya People” policy promoted clean politics. It called for stricter spending laws and the end of dishonesty. He publicly called for the dissolution of rules that protected dishonest politicians, exclaiming that they “should not be forgiven.”

Yes, you heard me right. The guy who was likely stealing money from Hyogo prefecture was supported anti-corruption laws at the same time. Nonomura actually wanted to implement laws that actively checked the spending habits of local politicians. You really can’t make this stuff up.

So if he loved the Kansai region so much, why did he end up steal from it? To be honest, I don’t know. Maybe he genuinely didn’t know he was doing something illegal. Or maybe he thought he deserved free trips to the onsen because he worked so hard every day helping his beloved citizens.

No matter the reason, the guy was emotionally distraught with the situation. I won’t argue whether or not his mental breakdown was fake.  But if it was fake, then it was his love for Kansai that made him go through such great lengths to fake such misery.

Hyogo prefectural assembly is calling for Nonomura to step down, and he probably will (as he should). Politicians who break the law should pay the price, but there is no doubt that he loves the Kansai region. His upbringing, political history, and even his screams and cries at the press conference show his commitment to Nishinomiya, the Hyogo prefecture, and the Kansai region.

Anyway, now we can go back to laughing at him.