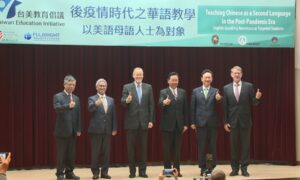 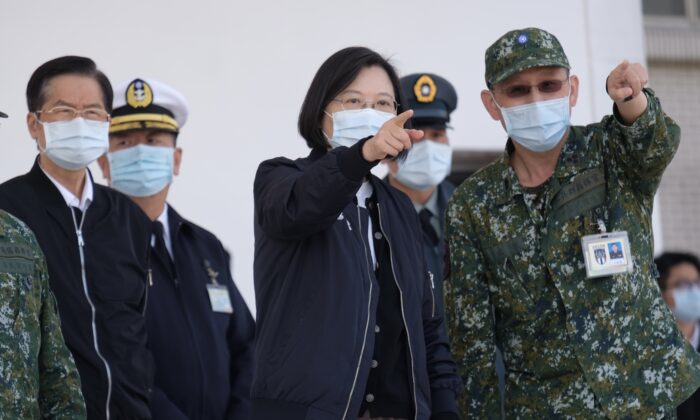 In the first week of the Biden presidency, the Chinese regime violated Taiwanese air space a record number of times, with record numbers of bombers and fighter jets.

The clear intent is to intimidate Taiwan and show them that they stand alone against China. The fall of Hong Kong to the communist Chinese regime less than a year ago provides the unmistakable context behind Beijing’s current intimidation tactics.

Will the US Respond?

If the Chinese Communist Party (CCP) is fearful of U.S. President Joe Biden continuing the Trump administration’s policy against Chinese expansion in general, and against Beijing’s intimidation of Taiwan specifically, they have an odd way of showing it.

On the flip side, if the Biden administration had any plans to press China to maintain the status quo with regard to Taiwan, this would be the time to do so.

Yes, the U.S. aircraft carrier Theodore Roosevelt and its battle group are operating in the South China Sea for a Freedom of Navigation Operation (FONOP). But the desired impact of U.S. naval power in the area isn’t a foregone conclusion. The U.S. Navy is present in multiple oceans. Ultimately, it’s policy and the will to carry it out that dictates a military power’s influence, not firepower alone.

And yes, the United States may continue to arm Taiwan, but not enough to alter the balance of power between China and Taiwan. Arming them is an annoyance, but not a strategic game-changer.

But of critical importance, as of this writing, there has been no official U.S. repudiation of the Chinese regime’s behavior. That, in itself, sends the wrong message to China and other U.S. adversaries.

It’s at least as likely as not that the Biden administration is wishing and hoping that China goes slow in exercising its designs against the small island nation to avoid a politically inconvenient challenge to U.S. power in the region, and to the new president.

But just the opposite is likely to occur. Biden’s silence and weakness practically invite it.

China has already protested the United States being in the area, saying that the U.S. naval presence is destabilizing the region. That, of course, is a false claim. American military and trade dominance have kept the region largely stable since the end of World War II. American hegemony has ensured the status quo of the region.

Destabilizing the region is exactly what the CCP wants, especially with regard to Taiwan. Sure, Beijing would prefer a clean and bloodless victory over the “rogue province” that has bedeviled it since the Revolution. But if not, even with U.S. planes, tanks, missiles, and more, Taiwan would be unable to prevent the inevitable defeat in a committed effort by the Chinese regime to invade and conquer it without U.S. support.

From a strategic perspective, the CCP seeks to fundamentally change the status quo by undermining U.S. power and influence in the region and around the world. Subsequently, there would emerge a strategic realignment away from Washington and toward Beijing.

From that point of view, it seems probable that Beijing is preparing the political and strategic ground for the next phase in their plans to establish a new era in the Asian Pacific region. That era began with the militarization of the South China Sea during the Obama administration, and progressed in 2020 with the destruction of the Hong Kong democracy under the cover of a global pandemic.

There is little doubt that Taiwan is next on the agenda.

That isn’t just speculation, either. Securing both Hong Kong and Taiwan are part of the official CCP near-term security plans. There is absolutely no reason to believe that Beijing will slow its plans now that Donald Trump is out of power.

In fact, with so much to gain, they may accelerate their plans.

The conquering of Taiwan would have a much greater impact on the region than the CCP’s takeover of Hong Kong. Not only would Taiwan’s sovereignty, freedom, and advanced microchip technology be lost to China, but U.S. defense credibility would suffer throughout the region, if not the world.

How would the Philippines, Japan, and South Korea, for example, view American defense commitments if China was allowed to devour Taiwan?

The answer is that U.S. influence in the region would be correctly regarded as being at best, unreliable. Japan and perhaps South Korea may be inclined to develop a nuclear deterrent of their own to counter China’s expansion. The Philippines, on the other hand, may well decide to decouple from the United States and try to cut a deal with the Chinese regime.

Would Australia and New Zealand think about downgrading their relationships with the United States? Or would they too try to make their own separate peace with China?

All of these scenarios are certainly possibilities. Beijing’s regional and strategic footprint could expand quite rapidly, with quantum leap in its global influence at the direct expense of the United States.

But the shockwaves could even be felt well beyond the Asia–Pacific region.

In Europe, for example, NATO allies could rightly view the U.S. defense commitment to protect them against Russian aggression as impotent. Without a credible U.S. defense guarantee, NATO’s ability to act cohesively would be severely damaged. A new European alliance structure could potentially replace it.

In the Middle East, particularly regarding Russia, Iran, and Syria, would any of those regimes fear reprisals from a Biden administration for attacks against Israel or U.S. interest in the region?

Why should they? Biden was part of the vacillating Obama administration that guided Russia into Syria and funded Iranian state terrorism.

And would the recent peace treaties between Israel and Islamic nations remain in place? That, too, is uncertain.

Under a weak and China-friendly Biden administration, the U.S. posture toward Taiwan is amorphous, at best, and threatens U.S. global hegemony.

Does the Biden administration have a clue of how important the Taiwan policy is?

The Chinese regime will certainly test us on it.

Perhaps they already are.