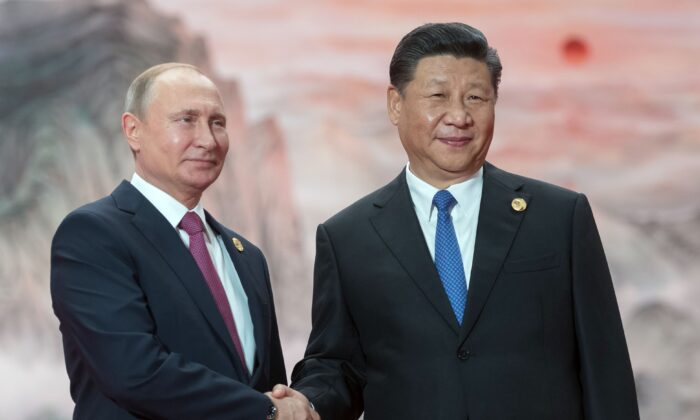 The Summit on the Fate of the Eurasian Heartland

Washington has become a spectator in the decisive campaign to drive a wedge between China and Russia.

Much of the West’s strategic strength in dealing with Russia and China is bound up in the Summit of the Shanghai Cooperation Organization (SCO), held in the Uzbek city of Samarkand on Sept. 15-16. It is about the essence of the debate as to who controls the Eurasian heartland.

It is a conference that is, however, beyond the reach of Washington.

It will be a test of whether the Central Asian states feel that they have any hope of a meaningful friendship with the West in the wake of the August 2021 U.S. withdrawal from Afghanistan, which essentially—because of the manner of the U.S. withdrawal—spelled the end for now of U.S. prestige in the region.

The SCO summit may be the most important gathering in the SCO’s 20-year life. It is the first gathering of the body since the start of the Russia-Ukraine war and, more importantly, since the United States essentially abandoned Central Asia by the manner of its withdrawal from Afghanistan. Russia and China see it as an opportunity to reimpose dominance in Central Asia. Still, the key Central Asian states will see the summit as an opportunity to reassert their sovereignty and independence from the two godfather states, Russia and China.

The five Central Asian states—Uzbekistan, Kazakhstan, Kyrgyzstan, Turkmenistan, and Tajikistan—know that they have to find a way to achieve an acceptable modus vivendi with Russia and China, but also continue to shape their strategic policies so that they can ensure maximum freedom from the two local great powers. They now have the option of trading with the outside world without going through Russia or China. They can trade across the Caspian Sea through Azerbaijan, which, as of November 2020, has a land border with Turkey, and then to the outside world.

The world-level outcome of the Armenia-Azerbaijan conflict was that by Nov. 30, 2020, Azerbaijan had regained much-lost territory, including securing overland access—guaranteed by Russia and Armenia—to its territory of Nakhchivan. The Nakhchivan Autonomous Republic of Azerbaijan had for three decades existed as an exclave territory, accessible from metropolitan Azerbaijan only by air via Iranian airspace or through Turkey, with which Nakhchivan has an 11-mile border.

The war meant that metropolitan Azerbaijan now had a direct land bridge through territory formerly occupied by Armenia, so that it could run road and pipeline traffic from the Caspian Sea to Nakhchivan and across through Turkey to and from world markets.

Despite Chinese investment in Central Asia and Russia’s offers of security support, none of the Central Asian states or Azerbaijan wish to fall again under the control of Moscow or the influence of Beijing. So it is particularly important that Uzbekistan, the current chair of the SCO, is hosting this year’s summit. The very capable Uzbekistan leader, President Shavkat Mirziyoyev, will attempt to make this year’s summit a gathering of equal sovereign states.

Mirziyoyev has worked for several years—particularly with the support of then-U.S. President Donald Trump and the European Union states—to make the five Central Asian states become players in the world marketplace. He has succeeded. In the wake of Russia’s new cold war with the West, maneuvering now will be difficult for Central Asia. Still, the summit will also strengthen the region’s contacts with India and Pakistan, which, like Azerbaijan, offer some hope for links with the outside world and some freedom from the Russian and Soviet domination of the region’s khanates from the late 19th century through to 1991.

Now, with the cold war isolation of Russia and the West’s more strategic war with China, the Central Asian states represent the West’s best hope of keeping Moscow and Beijing from consolidating power over the entire Eurasian map. And yet we have seen little U.S. or Western input into the debate.

So will Mirziyoyev be forced to remain quiet and accept that Russia and China have returned to dominate the region, or will he continue to search for ways to reassert the independence of the Central Asian states?