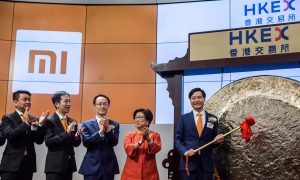 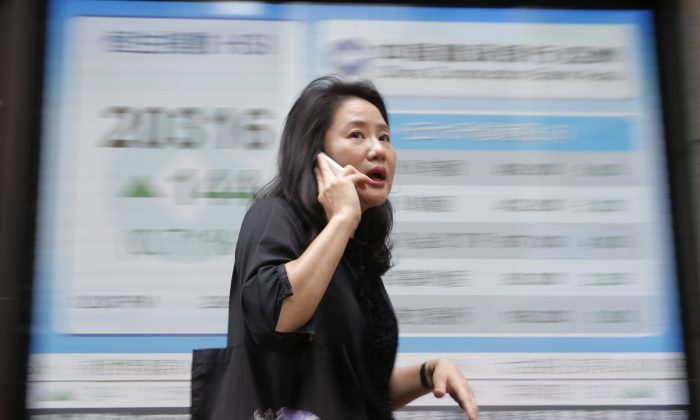 Something bizarre happened on Nov. 21 at the Hong Kong stock exchange, and U.S. investors should pay attention.

The stock of Hong Kong-listed Marble producer ArtGo Holdings Ltd. crashed 98 percent from its closing price on Nov. 20, before trading was suspended by the exchange.

ArtGo’s sudden and spectacular collapse in share price was preceded by a period of equally dramatic rise. Its stock soared almost 3,800 percent this year—becoming the largest gainer in the world among companies of at least $1 billion in valuation.

So what’s going on here?

Apparently the prior day global index provider MSCI Inc. announced that it would no longer add ArtGo to its global stock indices because of concerns over the company’s “investibility” arising after “further analysis and feedback from market participants.” The action spooked investors Nov. 21, the next trading day, who deemed the company to worth only about 2 percent of its previous value assuming it would have been added to MSCI’s global indices.

MSCI’s about-face came merely two weeks after the New York-based index provider announced it would add ArtGo to its indices.

The Power of Indices

How much should U.S. investors care about an arcane marble producer traded in Hong Kong?

Plenty. Due to the central role index providers such as MSCI play in today’s market structure, U.S. investors could be unknowingly investing in obscure companies such as ArtGo and others in their retirement accounts and investment portfolios.

It’s probably hyperbolic to describe that 98 percent of ArtGo’s value rested upon its inclusion in MSCI’s global stock indices. But the dramatic rise and fall does underscore the market influence of index providers such as MSCI in the age of passive investing.

Fortunately MSCI was notified of something not right about ArtGo, whose recent astonishing gains were not representative of its underlying financial condition.

MSCI and other stock index providers such as FTSE Russell, S&P, Dow Jones, and CRSP (Center for Research in Security Prices) operate coveted stock indices to track performance of a group of stocks, such as an industry, a region, or some other criteria. Depending on the specific index, companies must meet basic requirements such as minimum market capitalization (valuation), float size, liquidity/volume, or governance characteristics such as voting rights granted to shareholders.

Why are indices important? Many exchange-traded funds (ETFs) and passive investment funds directly track or mimic stock indices, meaning their strategy is to buy the constituent stocks of these stock indices and match their performance. The dominance of low-cost ETFs and Vanguard funds, whose late founder Jack Bogle popularized low-cost index investing, in recent years have become a key discussion topic about the stock market.

Retail investors have poured far more money into such passive funds than active funds—those whose investment managers “actively” manage or pick individual investments—in recent years, due to the relatively low cost of such strategies.

Assets in passive domestic stock funds grew to $4.3 trillion as of April 2019, on par with actively managed fund assets for the first time in history, according to Institutional Investor magazine.

Increasingly, actively managed stock funds as well as pension funds and mutual funds also benchmark themselves against these stock indices as a way to judge performance. Although such fund managers have discretion over individual stocks, they largely follow the constituent set of the stock indices.

Over the last two years MSCI and its peers have been adding more Hong Kong and mainland China-listed stocks in its global indices.

Most stock indices have minimum qualifications for companies to be included, such as market cap, liquidity, and shareholder rights, to name just a few.

But what indices don’t care about is underlying economics and financial health. One can argue that truly terrible financial health would be destructive to market cap and therefore a company’s qualification, but that’s a reactive response. Stock indices for the most part simply pay no attention to the quality of a company’s business model, profitability, management team, quality or durability of revenue streams, or most other tangible, subjective measures of success.

Investors traditionally deemed those qualities as paramount in evaluating whether to invest in a company’s stock. But for index operators, as long as a company meets some basic requirements, it’s in.

So investors in funds that rely on such indices should know that unlike actively managed funds, indices do not look after their financial interests.

David Webb, an activist Hong Kong investor who had been closely following ArtGo, criticised MSCI for its initial inclusion of the company in its indices.

“Congratulations MSCI, you’ve just made it easier for active stock-pickers to outperform your mindless index,” Webb wrote in a note on his website on Nov. 8. As early as September Webb has been warning investors that ArtGo stock exhibit “bubble” tendencies.

A main thesis for investing in index funds is that for most amateur investors, it’s too hard to pick individual stocks to “beat the market.” The trend also is fueled by the fact that most actively managed stock funds have not been able to outperform the market in recent years, despite their relatively high fees. So for retail investors, it may be more advantageous to simply perform in line with the market by investing in low-cost passive funds or ETFs that track market indices.

That’s why passive investment managers such as BlackRock, State Street, and Vanguard have seen their assets under management balloon in recent years.

But without active stock pickers who analyze companies and uncover high or low performers, companies such as ArtGo may be bought up by funds blindly following indices. And the stock price of such firms may not be commensurate with their financial reality. It’s anyone’s guess how many other ArtGo-like firms are lurking in the Chinese stock markets.

This may be a low enough risk in mature, efficient markets such as those in the United States. But in the Wild West of Chinese stock markets—where company financials are often a black box and foreign regulators are forbidden from examining audit reports—the risk is too great to ignore.

And unsuspecting retail investors will stand to lose.