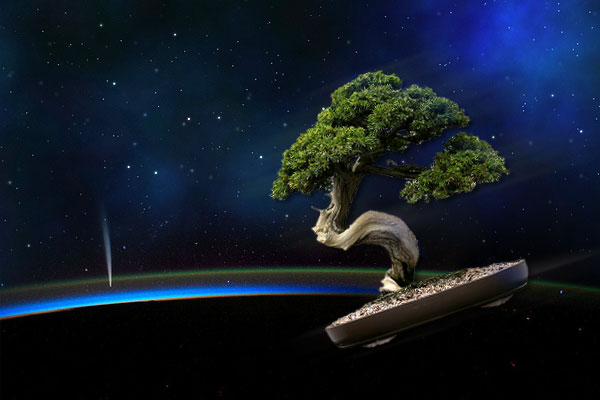 The Strange Things We Shoot into Space

It’s official – humanity loves shooting things into space. Over the course of human space exploration we’ve shipped many strange things into our upper atmosphere and beyond in the name of curiosity, discovery, and science.

Through various space programs we’ve sent up religious items, money, jellyfish, Legos, golf clubs, stamps and more. We do this for many reasons: experimentation, to leave our mark in the universe, to declare our existence, and even sometimes for profit. Here’s a short list of some of the odd things we’ve shot into space:

The now-controversial practice of sending test animals into space was once a vital aspect of aeronautic exploration.  Long before rockets, in 1783 a sheep, rooster, and duck were sent into the atmosphere in a hot air balloon over France to test the survivability of air travel.  The very first animals shot into space were fruit flies, and they were soon followed by monkeys, mice and dogs. Many of these furry space pioneers died as a result of the flights. The list of animals that have left the planet for space is a long one, and it includes frogs, newts, rats, jellyfish, spiders, cats and tortoises.

This month a group of geckos aboard a Russian satellite were feared at risk when communication and control to the craft was lost. To the relief of Russian space officials (and perhaps the geckos) control was re-established after a week, and the lizards’ sexual behavior in weightless conditions can now be observed – for science!

Plants are grown in outer space with the aim of feeding astronauts and refreshing the oxygen in spacecraft. They may also boost the moods of human space travelers. Maize was the first seed that remained viable after a trip to space and back. Cotton and rye have also been tested in space, and were then joined by leafy greens like lettuce, Swiss chard, and Chinese cabbage.

In 2008 an experiment in which Japanese scientists shipped cherry tree seeds to the International Space Station caused a stir when the seeds returned after eight months in space. When the cherry tree seeds were planted on earth, the results were strange indeed. Salon reports that the scientists were mystified by the new growths: “In the 14 locations where the seeds were planted, four have burst into bloom years ahead of schedule. Most recently, near a Buddhist temple in central Japan, a plant known, naturally, as the “space cherry tree” has already grown 14 feet tall. And it’s begun to bloom — about six years earlier than expected. Stranger still, its flowers have only five petals each; its parent tree averages 30.”  Were the seeds affected by conditions in space? Did the scientists create ‘mutant’ cherry trees? Why was this happening? Researcher Kaori Tomita-Yokotani, from the University of Tsukuba told AFP, “From a scientific point of view, we can only say we don’t know why.”

Man in the Moon

Unbeknownst to many, there is actually a statue on the moon.  The aluminum sculpture is a shining, silver astronaut in a spacesuit, and is a mere three inches tall. Dubbed “Fallen Astronaut”, the statue is meant to commemorate those who have perished in the cause of space exploration, or is meant as a representation of all of mankind – depending on who you ask.

Beyond astronauts and cosmonauts traveling where few may dare, we have also sent humans into space who have passed on. Sending the remains of the deceased into space is a rare (and expensive) funeral, but for many that final adventure is worth it. Famously, Star Trek creator Gene Roddenberry was one of the first humans to have his ashes taken to space. As space flight becomes more accessible, private companies will be offering ‘space burial’ services. The company Elysium Space hopes to offer a kit in 2014; ashes will be launched into space and orbit the earth. You will be able to track the ashes with a mobile app, and the deceased will burn up in the atmosphere like a “shooting star”.

Many point space-ward when indicating the direction of a heavenly afterlife, and so it’s no surprise that religious items have been taken to the stars for comfort, symbolism, and as spiritual observances.

American astronaut Buzz Aldrin took a tiny chalice, bread, and a small vial of wine on the Apollo 11 moon mission, and held Communion before stepping onto the moon for the first time in human history. TIME writes of the moment, “[…] he took out the miniature chalice and bread and wine from his personal allowance pouch. “I poured the wine into the chalice our church had given me,” he told Guideposts magazine in 1970. “In the one-sixth gravity of the moon the wine curled slowly and gracefully up the side of the cup. It was interesting to think that the very first liquid ever poured on the moon, and the first food eaten there, were communion elements.”

In 2003 an Israeli microfilm Bible and a copy of the Shabbat kiddush were taken to space by astronaut Ilan Ramon. He also hung a mezuzah in the Columbia Space Shuttle.

Seen as one of the rarest ‘books’ on earth, the “Lunar Bible” microfilm was auctioned in the United States this year and sold for $75,000.

Looking towards the future, religious and cultural artifacts will continue to find their way into space adventures. The ‘Torah on the Moon’ project plans to send a sacred Jewish scroll to the moon, and later ship up Hindu scriptures and ancient Chinese philosophical work.  This is an ambitious backup plan with the aim to preserve global culture off-planet in the event of catastrophe on Earth.

In the end, all of this probably pales in comparison to the idea of beer in space. Thanks to an eleven-year-old in Colorado, a microbrewery science experiment has been completed on the International Space Station, testing the effects of beer in space. SPACE.com reveals, “The tiny brewery is set up inside a 6-inch-long (15 centimeters) tube, filled with separated hops, water, yeast and malted barley — all of the key ingredients used to make beer — and will be delivered to the station by the commercial firm NanoRacks. An astronaut aboard the station will shake up the mixture to see how the yeast interacts with the other ingredients in the beer.”

For many, this represents the pinnacle of human success in space conquest.

Next, surely, pretzels in space.