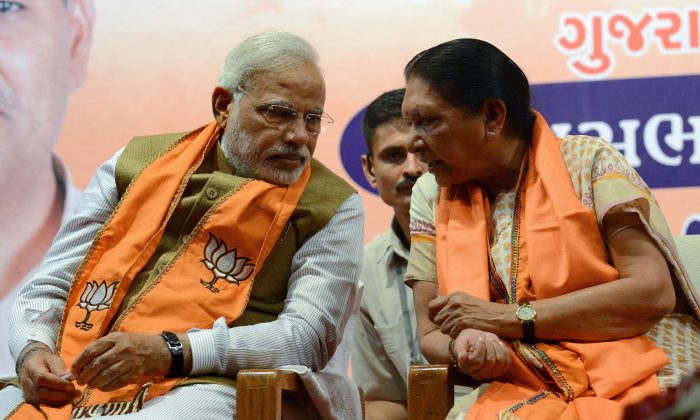 Narendra Modi, the candidate of India’s Bharatiya Janata Party who has just been elected the new Indian prime minister after a marathon five-week-long election with an incredible 815 million voter base, was often painted as India’s political Beelzebub because of his alleged inaction to stop the 2002 anti-Muslim riots in Gujarat in western India, of which he was the chief minister.

Modi’s U.S. visa was revoked in 2005 by the Bush administration—a decision, which was privately criticized by many experts as a “thoughtless miscalculation” because the man who could not until recently enter the country is now being invited to visit the United States by none other than President Barack Obama who, in a statement issued on the eve of the election result, said that India had given a “vibrant demonstration of our shared values of diversity and freedom.”

Once Modi was declared victor and, in effect, the next prime minister, Obama also made a call to him congratulating him and extending a formal invitation to him to visit the United States at a convenient time.

The United States was, in fact, the last to officially connect with Modi who Washington thought would never make it to the prime minister’s office. Delhi-based ambassadors of the European Union and the rest of the developed world—not to forget China, which was impressed by what the Chinese media called Modi’s “Gujarat development model”—were, meanwhile, courting Modi. The U.S. ambassador in India, Nancy Powell, who has since retired from the foreign service, finally visited Modi in February and held closed-door talks with him for over an hour.

But many wonder how this embarrassing situation caused by the cancellation of Modi’s visa arose in the first place. It was a “bad decision,” say some, while others dismissed the visa denial as “merely symbolic.” In any case, the decision to cancel the visa cost the United States a great deal of goodwill and respect in India.

Basing its decision on a rarely used 1998 law, the U.S. administration canceled Modi’s visa; the law bars entry to any foreign official considered responsible for severe violations of religious freedom. In 1998 the U.S. Congress passed the International Religious Freedom Act, which set up new mechanisms to counter religious persecution, including a Commission on International Religious Freedom (CIRF). At that time, many lawmakers were concerned over the treatment of Christian minorities in places such as Sudan, Pakistan, and Saudi Arabia, where minorities have been traditionally persecuted.

However, some lawmakers felt that the scope of the law, heavily tilted toward protecting Christians or Judeo-Christians, should be extended to include believers of other faiths.

Attention turned to Modi, a Hindu nationalist, who had risen through the ranks of the BJP party, and had become the chief minister of Gujarat in 2001. In the following year, inter-communal violence broke out in that state between Muslims and Hindus. At a train station, Muslims attacked a train carrying Hindu pilgrims and set it on fire, killing 58 passengers. Hindu mobs later went on a rampage against Muslims, killing them and setting their homes on fire. According to independent sources, more than 1,000 people were killed.

However, subsequent investigations did not produce any evidence to show Modi’s complicity in the riots and the courts exonerated him of any wrongdoing, though questions were raised as to whether he took appropriate action. There were also allegations that the police stood by and did not do much to prevent the riots and the killings.

The CIRF called for cancellation of Modi’s visa for his alleged inaction in the anti-Muslim riots in Gujarat.

However, that did not prevent Modi from staying in touch through satellite with his huge followers in the United States, not only among the financially powerful Indian diaspora but also among the U.S. trade and industry groups, which have been impressed by the economic growth and development of Gujarat under his chief ministership. Two-way India–U.S. trade is worth roughly $100 billion, and U.S. experts believe that the potential is “incredibly much higher.” India is also an interesting investment destination for U.S. corporations.

President Obama sees India as a key player in the U.S. strategy of rebalancing its diplomatic and military resources toward the Asia Pacific region, the world’s most dynamic economic region. All the major think tanks, including the prestigious Council on Foreign Relations, have underscored India’s “great significance” as a strategic partner for the United States and an important player in the international arena. Obama has also supported India’s bid for a permanent seat in the U.N. Security Council.

With India’s rising global significance, can the United States afford to have such a visa cancellation lapse? While the so-called Gordian visa knot has, meanwhile, been cut following Modi’s election as India’s prime minister, the question is why Modi was singled out for the ignominy of having his visa canceled. Indeed, Modi is the first foreign official ever to have his visa canceled on grounds of “severe violation” of religious freedom.

The U.S. administration needs to do some introspection. Should the law not be universally applied? The selective ban on Modi’s entry into the USA, while turning a blind eye to far greater crimes against religious minorities elsewhere, raises serious questions about the credibility and impartiality of those institutions and persons offering advice to the U.S. administration on issues of far-reaching international ramifications.

Impulsive decisions can damage bilateral relations, which can be difficult to repair. A porcelain vase, once broken, is bound to show some cracks even after the pieces are firmly glued back together.

Manik Mehta is a New York/New Jersey-based journalist who has been covering global economics, business, and social–cultural issues for more than 20 years.