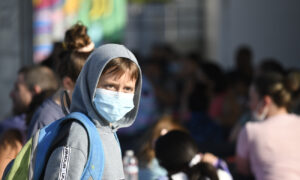 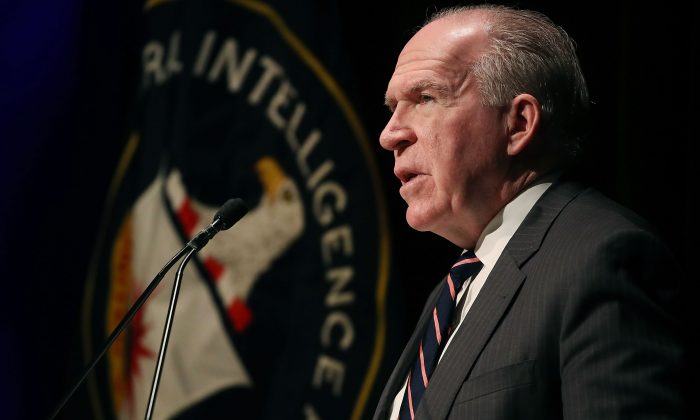 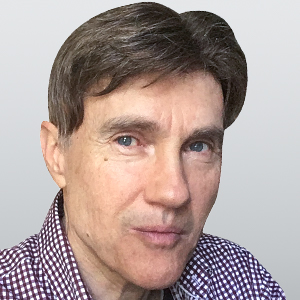 John Brennan, who was the director of the CIA from 2013 to 2017, now works as a media pundit, and has accused President Donald Trump of treasonous behavior. Trump responded by revoking Brennan’s security clearance.

This has touched off a hue and cry: It’s a violation of free speech, some say, while others point to brazen intimidation.

On Aug. 19, Brennan appeared on Meet the Press, where he affirmed the charges against the president by saying, “I called his behavior treasonous, which is to … aid and abet the enemy. And I stand very much by that claim.”

It is noteworthy that Brennan, who also served as a top counterterrorism adviser to former President Barack Obama, offered no proof of the charge.

Accusations of treason against presidents have occurred throughout U.S. history. Thomas Jefferson once accused George Washington of colluding with “harlot England.” Ironically, Jefferson, while serving as secretary of state, colluded with revolutionary France.

What makes the current controversy so confusing, and difficult to parse, is the way in which the American left has turned itself upside-down over the question of Russia. The left has mocked the idea of a Russian threat since 1917; but now, the left talks incessantly of Russia.

Whereas Obama criticized Mitt Romney’s forwarning about Russia in 2012, we are now asked to believe that Obama’s party has always been the party of vigilance.

Readers may remember that Obama was caught on camera telling Russian President Dmitry Medvedev, in 2012: “This is my last election. After my election, I’ll have more flexibility.” Medvedev warmly responded: “Yes, yes, I understand. I will transmit this information to Vladimir [Putin].”

Prior to that, Secretary of State Hillary Clinton had ushered in her Russian “reset,” replete with technology transfers to Russia, marked also by the Uranium One deal (coinciding with various donations to the Clinton Foundation and a $500,000 speaking fee paid by Russia to former President Bill Clinton).

In all this, the deception is palpable. The American left has always “aided and abetted” the Soviet Union and the Russian successor state. For those who carry the banner of the left, and the banner of the Democratic Party, to now accuse a Republican president of collusion with Russia, is an astonishing piece of hypocrisy. If they were sincere, they would have to rebuke their own icons, denouncing FDR and Truman for harboring hundreds of Moscow’s agents in the 1930s and 40s. They would also have to denounce John F. Kennedy and Lyndon Johnson for opposing the security barriers erected by Republicans to keep communists out of sensitive government jobs.

For those of us who know this history, the present scandalizing of the country with unsupported allegations of treason is alarming. Russia’s old friends are pretending to be stalwart Cold Warriors. It is a deception, outrageous as it is disorienting to the public. During the election campaign of 2016, Clinton opposed any strengthening of the U.S. strategic posture vis-à-vis Russia.

“The last thing we need,” she told one audience, “are sophisticated cruise missiles that are nuclear armed.”

A true opponent of Russia would have championed a stronger U.S. nuclear deterrent. Clinton didn’t. As a nuclear war expert with long experience in government told me, our nuclear arsenal is so badly deteriorated after eight years of Obama, we won’t see a new replacement warhead until after Trump completes his second term in office. That is the extent to which Obama’s stewardship effectively sabotaged our strategic deterrent. And Hillary Clinton would have extended that sabotage.

Brennan, as Obama’s CIA director, was an integral member of the Obama/Clinton clique. It is a clique whose origins, however shrouded, can be traced to the Marxist left; that is, to Obama’s communist mentor, Frank Marshall Davis, and to Hillary Clinton’s radical mentor, Saul Alinsky. Brennan emerged from the same milieu, only his career path was routed through the CIA.

It would be a mistake to think the CIA is hostile to leftists, or to persons of Marxist background. Decade after decade, the CIA has recruited leftists. The CIA isn’t a right-wing organization. It is akin to other institutions staffed from American universities. And make no mistake, universities in the United States are dominated by the left.

It should not surprise us, therefore, that former CIA director Brennan made a shocking admission while attending a panel discussion at the Congressional Black Caucus Foundation’s annual conference in September 2016. The panel discussion was on “recruiting diverse candidates” for agencies like the CIA. Brennan was eager to clear up a prevailing misunderstanding–a fear, indeed–that U.S. intelligence agencies would reject leftist or radical applicants.

Someone asked whether a past record of activism could hurt someone applying for a security clearance later in life. Brennan replied, “I would not be up here if that was disqualifying.”

Brennan was admitting, straight up, that he was the same kind of left-wing activist that the Black Caucus routinely cultivated. In fact, conservative blacks who joined the Caucus in years past have been excluded from the leadership and kept out of strategy meetings. According to Investor’s Business Daily, the Congressional Black Caucus includes “some of the most radical” people in Congress. It uses race-baiting to shake down corporate donors who “unwittingly” fund “a war chest for Marxist causes,” and is “run by racial arsonists spewing dangerous rhetoric.”

This was the group Brennan was giving advice to.

In 1980, Brennan applied for a job with the CIA. When he was polygraphed by a CIA examiner, Brennan was asked if he had ever worked with a group dedicated to overthrowing the government.

“I froze,” Brennan admitted, “because I was getting so close to coming into CIA and said, ‘OK, here’s the choice, John. You can deny that, and the machine is probably going to go, you know, wacko, or I can acknowledge it and see what happens.’”

So how did he acknowledge his guilt?

He admitted to voting for a communist presidential candidate, Gus Hall. “I said I was neither Democratic or Republican, but it was my way, as I was going to college, of signaling my unhappiness with the system, and the need for change.”

The usual way of registering dissatisfaction is to abstain from voting, not to vote for a party allied to Moscow. And the main point of the story, which nobody in the media noticed, was Brennan’s admission that he didn’t really answer the question. If you are asked whether you did something, the answer is either “yes” or “no.” And he didn’t give such an answer. His answer, as forthcoming it appeared, was evasive.

There is no way around Brennan’s unsolicited confession. He told on himself to encourage young Marxists to join the intelligence community.

“So, if back in 1980,” he said, “John Brennan was allowed to say, ‘I voted for the Communist Party with Gus Hall’ … and still got through, rest assured that your rights and your expressions and your freedom of speech as Americans is something that’s not going to be disqualifying of you as you pursue a career in government.”

Brennan now uses his status as a former spymaster to abuse the president of the United States. Trump, he says, is a traitor. Why? There is no evidence of treason. What there is, of course, is a passionate American nationalist in the White House. A man who wants to preserve his country.

And here is the real definition of treason that Brennan is promoting. Love of country is treason for Brennan. After 18 months of intensive investigation, there is no evidence that Trump colluded with America’s enemies. Rather, all the evidence points in the direction of Brennan and Obama and Clinton.

What ought to happen is an investigation of Brennan.

J.R. Nyquist
Follow
J.R. Nyquist has been a columnist for WorldNetDaily, SierraTimes and Financial Sense Online. He is author of "Origins of the Fourth World War," "The Fool and His Enemy," as well as co-author of "The New Tactics of Global War."
TOP NEWS