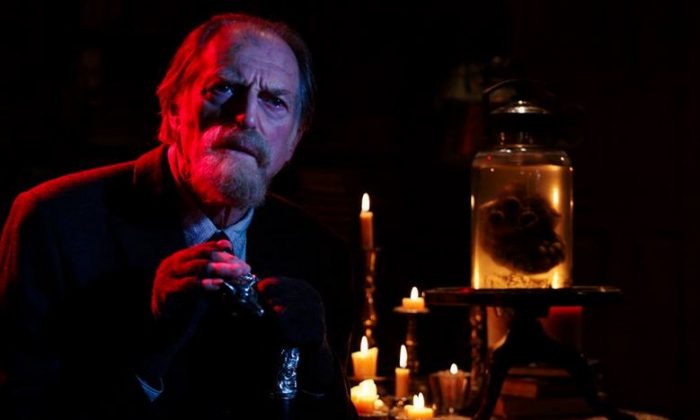 The Strain on FX will premiere on Sunday, July 13.

It’s based on a novel by the same name.

“It tells the story of Dr. Ephraim Goodweather the head of the Center for Disease Control Canary Team in New York City. He and his team are called upon to investigate a mysterious viral outbreak with hallmarks of an ancient and evil strain of vampirism,” according to the network.

“As the strain spreads, Eph, his team, and an assembly of everyday New Yorkers, wage war for the fate of humanity itself.”

Episode one is titled “Night Zero.”

“When a plane lands in New York City with everyone on board dead, Dr. Ephraim Goodweather, head of the CDC’s Canary Project, and his team are called upon to investigate. Harlem pawnbroker Abraham Setrakian races to the airport, convinced that what looks at first like a mysterious viral outbreak might be the beginning of something infinitely more sinister.”