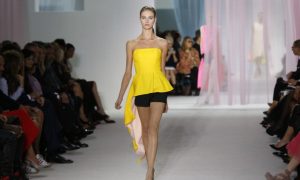 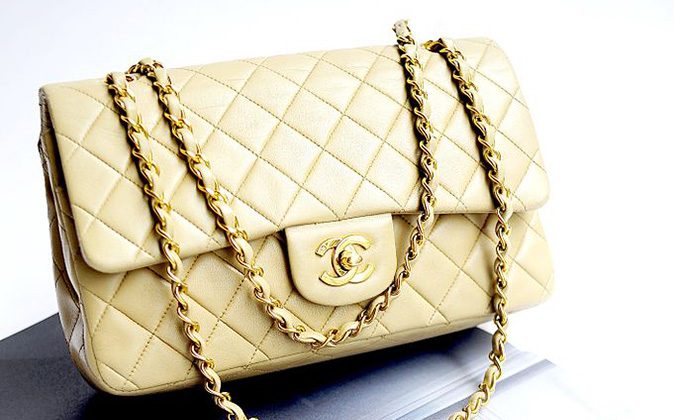 Whether fashionable or functional, the handbag – and what it contains – is intensely personal. The Chanel 2.55. (Liu Wen/Wikimedia Commons)
Fashion

The Story of: The Handbag

Under attack from a flock of killer crows, Tippi Hedren in Alfred Hitchcock’s 1963 thriller The Birds, pauses to collect her handbag. It’s an instinctive gesture that many women would recognise. For a mere “accessory”, the handbag does a lot.

It’s been called a survival kit, an investment, a precious object. It can be practical and utilitarian or luxurious and frivolous, mass-produced or hand-crafted. For some, it is the ultimate in commodity fetishism, a status symbol that confers belonging. Others get by without one at all. But whether fashionable or functional, the handbag – and what it contains – is also intensely personal.

In medieval times, men hid their purses in the folds of their clothes. Women hung theirs from a belt-like rope called a girdle, along with other things they might need – rosary beads, a book of hours, a sweet-smelling pomander or, maybe, a dagger. Over the ensuing centuries, the girdle was replaced by pockets, which, in turn, were replaced by the reticule.

These little bags were carried in the hand and, often beautifully embroidered, made a common gift between lovers or friends.

In the 19th century, along with reticules, purses and muffs, women also wore a chatelaine, a belt not dissimilar to the girdle, from which could be hung little items, both decorative and functional.

All these forms of carrying things spoke of a feminine world that was defined by domesticity and presumed that, at least, the upper class woman had little to carry and not far to roam or, if she did, that servants and porters would always be on hand.

The arrival of the handbag in the late 19th century, writes English fashion historian Claire Wilcox, indicated a societal shift and “symbolised women’s new found freedom and independence”. Whereas the chatelaine with its items on display was worn in the privacy of the home, the handbag was worn in public. Here, what a woman carried needed to be concealed.

Fashion and function competed and merged from the start. Early in the 20th century, large bags or briefcases with shoulder straps were a sign of women’s increasing modernity and participation in the workplace. But it didn’t take long for the luxury bag to appear. And as fashion decreed coordinating handbags with every outfit, crocodile, antelope, seal, and ermine were enlisted to add pizazz to the more common leathers in morocco and kidskin.

For night, pretty satin, velvet, embroidered or fine mesh bags were worn. And, by the 1920s, jewelers were making lavishly jeweled purses, such as one by Cartier set with diamonds, emeralds, rubies, sapphires, and pearls. Anything that could be used was and as the century progressed handbags in chrome, bakelite and transparent lucite all had their fashion moment.

During the second world war, gas mask bags were transformed into something modish and gay, but in the 1950s, handbags got serious. This was the decade that saw the arrival of individual handbag designs that would have lasting fashionable and cultural significance.

Chanel’s quilted and gold chained “2.55” bag (named for the month and year of its release), Louis Vuitton’s monogrammed “bucket bag” (originally for champagne), the “Kelly” from Hermès (after Grace Kelly, of course) and Gucci’s bamboo handled bag all remain global bestsellers today.

Back then, these luxury bags were beyond the reach of the average woman but fashion magazines encouraged women to buy the best they could afford. As a sign of good grooming, writes Wilcox, the handbag was “a real telltale, open or shut”.

Playing on the notion that you can tell a lot about a woman by her handbag, from the 1970s, the Australian company Glomesh ran a memorable campaign that invited celebrities to reveal the contents of their Glomesh bag. The handbag had now come full circle and everything was on display.

In contrast to the glitzy, designery, disco-dancing showpieces worn by the beau monde were the ethnic-inspired, patchwork and sturdy leather bags worn by the likes of Germaine Greer. Such bags aligned the wearer with multiculturalism, anti-materialism and working class utility and matched the anti-fashion rhetoric of feminism. But as the decade moved on, feminism’s often competing narratives of political engagement and personal empowerment came up against fashion and, in the world of handbags, the latter was always going to win.

In the 1980s with Margaret Thatcher and Ronald Reagan setting the tone, power, money and logos reigned. Handbags took on an identity of their own as consumer icons and became “defiantly expensive”. Then came the “It Bag”, defined by Tom Ford as “you gotta have it or you’ll die”.

Known in the industry as trend bags, they helped rescue haute couture brands from the brink and, according to the authors of Bags: A Lexicon of Style, became “central to the image (and finances) of major fashion concerns”.

Waiting lists for iconic bags like the Hermès Birkin grew longer and counterfeiting got better. By 2008, faking it was so rife that Louis Vuitton set up a mock bag market, manned by black, hoodie-wearing streetsellers, outside the Brooklyn Museum to sell well-heeled consumers the real thing for real prices with the fake frisson of illegality.

When a sales assistant failed to recognise Oprah Winfrey last year, US$38,000 handbags made world headlines and it became impossible to deny that the designer handbag industry was serious business. In China alone, where it is possible to speak in terms of “handbag wars”, the industry is worth billions, says The Business of Fashion.

In China, the handbag’s upward growth may have been momentarily stalled by a crackdown on corruption and the practice of giving luxury gifts to officials but, in Hong Kong, the wonderfully named Yes Lady Finance Co. Ltd still accepts designer handbags as collateral.

Meanwhile, open any glossy magazine and you’ll see the supremacy of the handbag in action on page after page of ads for Coach, Versace, Louis Vuitton, Gucci, Chanel and a myriad of others where the model and her designer clothes are almost incidental.

In the millennial age, the relationship between subject and object has gone awry and it’s not us but the handbag that is doing the wearing. Dismissed to the background, we have become a mere accessory.

Karen de Perthuis does not work for, consult to, own shares in or receive funding from any company or organisation that would benefit from this article, and has no relevant affiliations. This article was originally published on The Conversation. Read the original article.