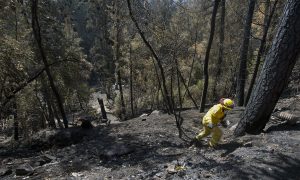 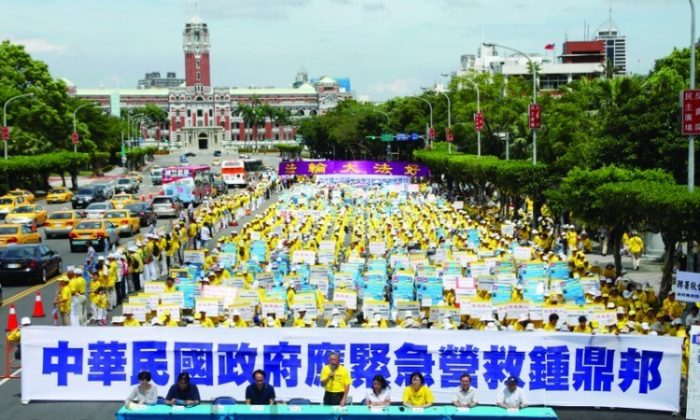 The Story of Chung Ting-pang

By Chen He
biggersmaller
Print

The arrest of Taiwanese citizen Chung Ting-pang in China last month has led to an international campaign by his family who fear for his safety.

The 53-year-old engineer disappeared while visiting relatives in the mainland. Chung practices Falun Gong, a spiritual discipline that is banned and heavily persecuted in China, but practiced freely by many in Taiwan. The guiding principles of Falun Gong, also known as Falun Dafa, are truthfulness, compassion, and tolerance.

Chung’s father Chung Ch’eng Wang wished for his son to make great contributions to his country, and thus gave him the name Chung Ting-pang. The Chinese characters “ting pang” (or “ding bang” in pinyin) allude to an expression that means, “to become the backbone of one’s family and country.”

Indeed, Chung seems to have naturally followed the path that his father had hoped he would walk.

As a child, Chung was a top student in elementary and middle school. He was interested in mechanics and liked to take apart the watches, alarm clocks, and radios at home, then re-assemble them. In high school, Chung fell in love with the French horn and spent most of his time playing in his school’s band. He was then accepted into college to study control engineering, but he never forgot about his passion for classical music and mechanics, even assembling his own speakers. After graduation, he fulfilled his mandatory military service, then went back to school to earn a graduate degree in control engineering at National Chiao Tung University (NCTU).

As the eldest son in the family, Chung also took good care of his siblings, helping them study for their high school and college entrance exams.

Like most graduates of NCTU, Chung gained employment at a large corporation, working in the Hsinchu Science and Industrial Park, dubbed Taiwan’s Silicon Valley. Later, he and his colleagues started their own business developing industrial automation controllers. As a contributing talent to Taiwan’s information technology industry, one of the largest and most important sectors of the island’s economy, it can be said that Chung has indeed lived up to the meaning of his name.

But Chung’s responsibilities to his family were not only limited to Taiwan, but extended across the strait.

Chung’s father was born in Nankang County, Jiangxi Province, and was one of the many educated youth who responded to chairman of the Kuomintang (KMT) government, Chiang Kai-shek’s call to join the army and fight in the Sino-Japanese War. In 1949, when the communists took over China, Chung’s father fled to Taiwan with the KMT government. Chung’s father left behind his wife and two sons in China.

After years of staying in Taiwan knowing he would not be able to return, Chung’s father re-married and started a new family. Chung Ting-pang was born.

However, Chung’s father fell ill with a ruptured liver in 1997. At his deathbed, Chung promised his father that he would take care of their relatives in China in his father’s stead. He frequently traveled to the mainland to visit them.

In 2001, Chung began practicing Falun Gong. Due to safety concerns, he stopped traveling to the mainland beginning in 2003.

But when Chung’s mainland relatives repeatedly extended invitations for him to visit, Chung felt that he could not disobey his late father’s wishes and finally embarked on a trip to his father’s hometown on June 15. On June 18, Chung was preparing to leave on a flight back to Taiwan at the Ganzhou Airport. When he cleared customs, local authorities arrived to arrest him. When his relatives inquired at the national security bureau, they learned that he had been arrested to “assist in an investigation on Falun Gong.”

On June 26, the Chinese state-run news agency Xinhua announced on its website that Chung was arrested for sending equipment used for interrupting radio and television broadcasts, and “inciting mainland residents to destroy broadcasting facilities.”

Without access to a lawyer or contact with the outside world, Chung was charged with this crime—this is a clear violation of basic human rights. But Chung is not only innocent; he is the true defender of justice.

In today’s democratic societies, free information is the key to enabling citizens to exercise their constitutional rights. Under China’s authoritarian regime, however, no rights are guaranteed for the people. Thus, efforts to break through the Chinese Communist Party’s tight information control allow the Chinese people to understand the truth.

For example, software created by the Global Internet Freedom Consortium has allowed mainland Chinese citizens to overcome the firewall and access information in the free world.

Then if Chung has indeed attempted to break through China’s information blockade through broadcast interception, aren’t his brave and righteous actions no different from those mentioned above?

We do not know whether Chung Ting-pang indeed intercepted television and satellite signals to broadcast the facts about Falun Gong and how it is persecuted in mainland China, but his actions will have helped to expose a brutal campaign that has killed thousands, and to allow scores of Chinese people to understand the truth behind the Communist Party’s defamatory propaganda against Falun Gong.

Chung, then, is fighting for the basic human rights of all Chinese people, living up to the mission of “becoming the backbone of his country” that was bestowed upon him.