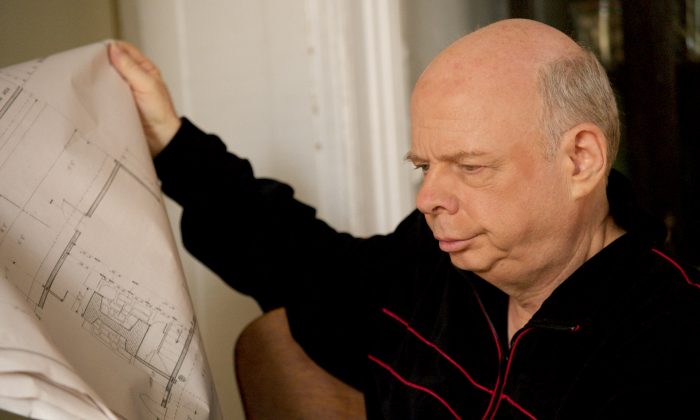 Wallace Shawn as Halvard Solness in “A Master Builder,” directed by Jonathan Demme, created for the stage by André Gregory. (Declan Quinn/Courtesy of Abramorama)
Entertainment

The Story of an Arrogant Architect, Restaged

Critics generally rank “The Master Builder” not far below “Hedda Gabler” and “A Doll’s House” in Henrik Ibsen’s oeuvre, but it is revived far less frequently. Notable past productions include a 2008 Malayalam film adaptation, a 1992 Broadway revival featuring Lynn Redgrave, and a 1960 television special starring E.G. Marshall.

That did not leave a lot of iconic baggage for André Gregory to contend with when he staged a modern translation penned by his frequent collaborator and dinner companion Wallace Shawn. Their take on Ibsen’s somewhat autobiographical play now hits the big screen, but the original’s Scandinavian angst remains unmistakable in the Jonathan Demme-helmed “A Master Builder.”

Halvard Solness is probably dying, and his former mentor Knut Brovik most certainly is. Before his imminent demise, Brovik would like to see Solness make some sort of affirmation of his son Ragnar’s talents. However, the celebrated architect refuses to do so, preferring to keep the junior Brovik under his thumb as his draftsman.

Frankly, he is afraid the son might usurp his position, just as he unseated his father. It also suits Solness to maintain a high degree of control over Ragnar, considering he has taken the young man’s fiancée, Kaia, as his mistress.

Solness’s relationship to his wife, Aline, is even more complicated than his dealings with the Brovik family. It seems he feels profound guilt over a shared tragedy from their past that will be revealed over time.

The catalyst for his subsequent revelations and soul searching will be the arrival of Hilde Wangel, a free-spirited young woman who was quite taken with Solness as a teenager. Evidently, he made some rather inappropriate advances at the time. Yet, it was the vision of Solness laying a wreath atop her village’s newly erected church steeple that really made an impression on her.

It will be the film’s curse to be inevitably compared to Louis Malle’s classic career coda “Vanya on 42nd Street,” but that is a ridiculously high standard to be measured against. It is impossible to replicate the evocative vibe of the gutted New Amsterdam Theatre in which it was mounted, and Joshua Redman’s smoky harbop musical interludes are also sorely missed. Instead, Demme doubles down on intimacy, focusing on his actors and their human frailties.

As an acting showcase, “Builder” is still considerable, particularly Shawn, who gives full voice to Solness’s guilt and arrogance. He is a complex but manipulative character, who must be one of the great late-career challenges a stage actor can tackle. Gregory cuts an acutely tragic figure as the physically and emotionally ailing Brovik.

It is also good to see Broadway and “Vanya” veteran Larry Pine return as Dr. Herdal. While it is a smaller part, he has a very nice scene drawing out Solness’s initial first-act confession.

Although Aline Solness’s preoccupation with obligation is difficult to re-contextualize in a modern production, Julie Hagerty still manages to flesh out a multidimensional portrayal. However, Lisa Joyce never successfully integrates Wangel’s contradictory aspects. As a result, she largely remains a destabilizing force, periodically stirring matters up, apparently because that is what she does.

“Builder” is a serious and sensitive interpretation of Ibsen, but it does not have the timeless élan of Malle’s “Vanya.” At times, it is almost too respectful, allowing the string ensemble soundtrack to underscore the pathos of it all rather than injecting a little energy.

Recommended for those who appreciate highly literate stage drama, “A Master Builder” is showing at New York’s Film Forum.