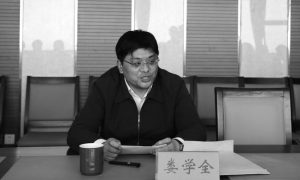 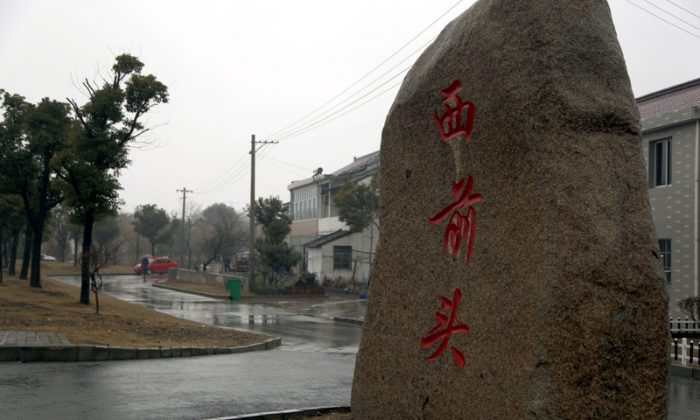 Yang Weize, the recently sacked Party Secretary of Nanjing, capital of Jiangsu Province, was a person that nobody liked, according to local environmentalist activist Wu Lihong.

Well, only the citizens hated him, but Yang was well-liked by a certain high-ranking official, given that he was given a new job after he messed up the previous one—a municipal Party secretary at first Suzhou, Wuxi and then Nanjing.

Suzhou and Wuxi, and are also cities in Jiangsu Province.

In Suzhou, Yang escaped unharmed after the anti-corruption campaign swept through the city, leading to Jiang Renjie, former deputy mayor, being shot dead.

After Yang’s seven tenure in Wuxi, Mao Xiaoping, the mayor of the city, was sent to prison.

“Yang was best known for violent demolition of homes in Wuxi. Many people in Wuxi sued him. Many traveled to Beijing to petition. Many families were ruined thanks to Yang,” said Wu.

In July last year, Lou Xuequan, party secretary at Luhe District, one of the eleven districts in Nanjing, killed himself by hanging. There had been wide speculation that it was Yang who harassed Lou to taking his own life.

Who was Yang’s protector? It was Zhou Yongkang, the former security chief, according to Wu.

“Everyone knows that Yang and Zhou were very close. Yang tried hard to suck up to Zhou in order to get promoted,” said Wu. “There is a rumor that Yang renamed a road in Zhou’s hometown, Houqiao Town, to ‘Yongkang Boulevard.'”

That was not Yang’s most obsequious behavior.

“Once Zhou told Yang that his hometown, Houqiao, was too small to have any impact,” said Wu. “In response, Yang combined several townships with Houqiao, making it a very huge place.”

If only that were all Yang had done to kowtow to Zhou.

“Zhou’s family home is at Xiqiantou Village, and there is the grave of his ancestors. Yang, to suck up to Zhou, remodeled the grave to become a huge park, with expensive hard, burned bricks and the planting of pine and cypress trees,” said Wu.

“Many high-ranking officials are all from Jiangsu, including Jiang Zemin, Li Lanqing and Zhou Yongkang,” added Wu.

Jiang Zemin was the former paramount leader of China and Li Lanqing was a former vice premier and the head of the infamous 610 office, an extralegal organization charged with the task of carrying out the persecution of the spiritual group Falun Gong in China.