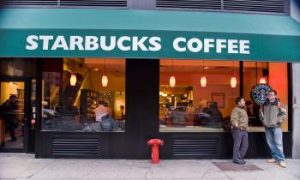 Starbucks Distances Itself From Gun Debate
0 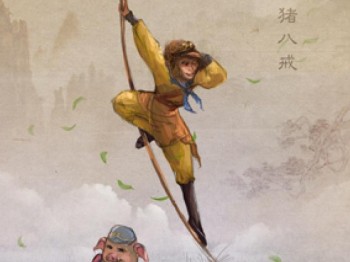 JOURNEYING: Monkey King, a very talented Taoist, and Pigsy, a notorious womanizer, join a Chinese monk for his journey to India in search of sacred scriptures and enlightenment. (Vivian Song/The Epoch Times)
China

The Story Behind the Scene: ‘Journey to the West’

By Christine Lin
Print
One of the dance pieces featured in this year’s Shen Yun Performing Arts program is called The Monkey King Outwits Pigsy, a whimsical peek into the characters and adventures in Journey to the West, a classical Chinese tale. While the dance piece is only several minutes on stage, it draws from a long and complex story of faith, courage, and redemption.

Written in the Ming Dynasty (16th century), Journey to the West is one of the Four Great Classical Novels of Chinese literature, the others being Romance of the Three Kingdoms, Water Margin, and Dream of the Red Chamber.

Since its publication, it has been and continues to be the most popular story told in Chinese households. Numerous television series, screenplays, and operas have been adapted from the original text. Entire artistic industries have thrived on this one work, not unlike any major Shakespeare play. Some actors of Chinese opera make their entire career playing one character from the novel.

Set during the Tang Dynasty in China, Journey to the West describes the adventures of a monk and his three disciples—a monkey, a pig, and an ogre—on their way to India to find and bring back sacred Buddhist scriptures. The monkey and the pig provide much of the humorous action in the novel. The third disciple, a river ogre named Sandy, is a reliable character though not striking as a personality. He serves as a foil to the shenanigans of Monkey and Pigsy.

As the party crosses the treacherous landscape westward, they encounter trials and tribulations that test their spiritual strength. Their common quest to obtain the scriptures, while serving as the main plot, is also a metaphor for each main character’s personal quest for enlightenment.

Along the way, each disciple faces challenges that work upon his flaws. For example, the competitive and violent monkey is often challenged by formidable enemies, while lazy and womanizing Pigsy has many encounters with sexual temptation. It is a path full of danger from both human and mystical opponents, many times life-threatening.

On their journey, the foursome are met with a series of 81 tribulations, each one testing their willpower and faith. Only when they successfully have made it through each one do they reach their destination and consequently, their attainment of heavenly status according to their individual merits.

The best-liked character in the book, the Monkey King, or Sun Wukong, is the most capable disciple traveling with monk Xuanzang. He is naughty but loyal, childish but ingenious, and the pages are filled with his exploits.

Sun Wukong was born of a stone after he gained supernatural powers through Taoist practices. His powers are many—he can transform into almost any object or person using one of his 72 spells, multiply himself by blowing on one of his hairs, command elements, and somersault 34 miles at a time.

Being very talented, Sun Wukong often lets his ego get the better of him. Because of the trouble he causes on earth, heaven’s ruler, the Jade Emperor, recruited him to work as a stable boy in heaven, hoping that the position would put him on his good behavior. Rather than accepting the position, however, Sun Wukong swelled with indignant pride and proclaimed himself equal with heaven. He stole several elixirs of immortality from the royal heavenly palace and returned to his kingdom to plan a rebellion against the Jade Emperor and his forces.

After fighting single-handedly, Sun Wukong was defeated by the army of heaven’s thousands of troops. He was cornered by a team of Buddhist and Taoist forces and held in a cauldron where he was to meet his final fate of destruction. He emerged, however, from the cauldron alive and more powerful than ever. With no other options, the Jade Emperor appealed to the Buddha, who sealed the insubordinate monkey under a mountain for five centuries.

Five centuries later, Bodhisattva Guanyin announced that it was time for someone to bring Buddhist scriptures to China. She appointed the monk Xuanzang to lead the pilgrimage and sought disciples who could protect the monk on his journey. Hearing the news, Sun Wukong offered to go in exchange for his freedom.

Like Sun Wukong, Pigsy, also called Zhu Bajie, also took up the journey to India to atone for his crimes. When Sun Wukong and Xuanzang meet Pigsy for the first time, they find him busy holding a young woman ransom, demanding that her father give her to him in marriage. After a quarrel with the monkey, Pigsy gives up his scheme and joins the pilgrimage.

A former heavenly marshal, he was cast down to earth for trying to seduce the goddess of the moon, who reported the misconduct to the Jade Emperor. In his incarnation on earth, he was reborn as a half-pig, half-man beast.

Zhu Bajie typifies our modern definition of the term “pig”—he is lazy, gluttonous, and a shameless womanizer. Compared to the monkey, he is far less capable, having only 36 transformations in his power, while Sun Wukong has 72. Thus, he is always jealous of Sun Wukong and tries to sabotage him.

Though deeply flawed, Zhu Bajie is loyal to his master and has certain competencies that Sun Wukong does not possess, such as the ability of underwater combat. He is depicted carrying a nine-toothed rake from heaven, which weighs over 5 tons.

At the end of the novel, after the pilgrims return to China with Buddhist scriptures, each disciple achieves enlightenment to the status befitting his character. The monk Xuanzang and Sun Wukong both achieve Buddha status, and Sandy becomes an Arhat. Pigsy, however, never fully learns to be free of his base desires. At the end of his journey, he is rewarded for his service with a position as an altar cleaner—the eater of leftover offerings.