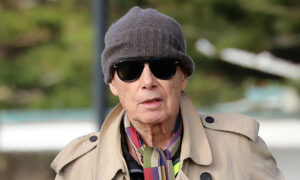 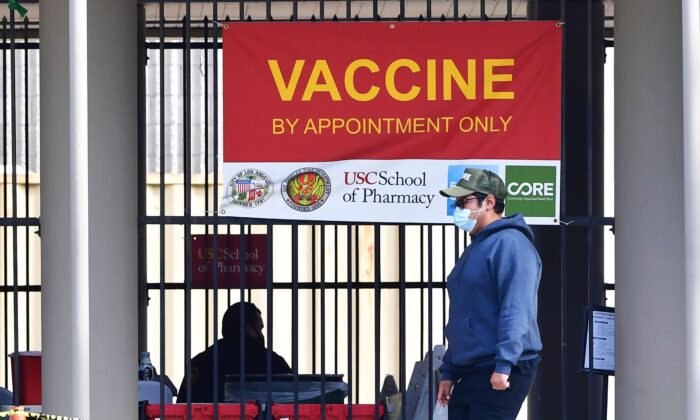 No lines are seen at the Lincoln Park COVID-19 vaccination site already closed due to a shortage of vaccines in Los Angeles, on Feb. 11, 2021. (Frederic J. Brown/AFP via Getty Images)
Viewpoints

The Spoiled Brat Reaction to Pandemic Effects on Health

No doubt there are other subjects on which books never make a loss: dogs, for example. More recently, books about the pandemic have poured from the presses in an unrelenting flow, and I doubt that any of them makes a loss. At first, I resolved to read them all, but before long, there were simply too many of them to keep up with; I quickly grasped the range of opinions expressed and, frankly, the subject began to bore me.

I sought instead to escape from, rather than to understand, the pandemic and its effects.

Nevertheless, I bought yet another pamphlet on the subject recently, attracted by its slimness. Concision, after all, is next to godliness. As I was in France, it was in French, by Barbara Stiegler, a professor of political philosophy at Bordeaux University. Its title was “Of Democracy in Pandemic” and it expressed alarm at the way in which the pandemic had been used in France (but not only in France) to increase the authoritarian tendencies of government.

Her solution was vague: more democracy, including popular demonstrations and sabotage, as well as more government spending on health care and hospitals. She was dismissive of the authoritarian potential of democracy, though to me this potential is obvious, as it was to the founding fathers of the United States. Democracy may or may not be a necessary condition of freedom, but it’s certainly not a sufficient condition of it.

It’s true that policy in France, as elsewhere, has lacked coherence and often rational justification. Stiegler is particularly hard on the French government, which has sometimes sought to blame the irresponsibility and insouciance of the population for the spread of the disease. But she offers no concrete proposals as to what she thinks the government ought to have done or ought to do next.

She finished her pamphlet on Dec. 14, 2020, and seems to be dismissive of vaccination as being too technocratic a solution, and too motivated by the hope of profit. She is of the school that thinks that nothing will change for the better until everything changes for the better.

Near the beginning of her pamphlet, she says: “The industrialization of animal husbandry, coupled with the acceleration of commercial exchanges worldwide and the degradation of the health of the population of industrialized countries, produces all the conditions necessary for epidemics of the same type to occur regularly.”

This seems to me woefully inexact and lacking in perspective. If, for example, India counts as an industrialized country, the improvement of the health of its population had been remarkable. The life expectancy of an Indian born today is higher than mine when I was born in England; the infant mortality rate is appreciably lower than that in the England of my birth.

It’s true that the epidemic might have lowered the life expectancy in England by a year, and no doubt by somewhat less in other countries; and also that life expectancy had declined slightly for some social groups even before the epidemic. Undesirable as this all may be, it had produced only a slight dent in the astonishing improvements in general health during the last century.

Similar or even greater improvements have taken place elsewhere, not least in France and even more so in Spain.

Life is composed of more than the infant mortality rate and life expectancy at birth, of course, and dissatisfaction springs eternal in the human breast. While a long life isn’t necessarily a happy one, the fact is that we live more disease- and pain-free years than any other people in history, and the epidemic isn’t going to change that.

And surely we owe our comparative good fortune in large part to the tremendous increase in productivity brought about by industrialization. Never in human history have so many people been able to earn in a day what they can eat in a week or a month. Our main nutritional problem has gone from hunger to overeating in the span of a few generations.

One of the factors of high mortality during this particular epidemic—it may be different in future epidemics, as it was in the Spanish flu—is the proportion of people who now live to an advanced age. Mortality from the disease increases exponentially with age, and indeed, had it not been for deaths among the elderly, the epidemic would probably have passed almost unnoticed, and certainly wouldn’t have had the great effect it has had.

In this sense, we are the victims of our own success. A few decades ago, we wouldn’t have estimated the death rate of the disease on 90-year-olds because there wouldn’t have been enough of them to make it worthwhile.

When I qualified as a doctor, the care of people over 65 was undertaken by geriatricians, specialists in the care of the old. Now they care for people over the age of 80, and then only if they suffer from multiple complaints. Moreover, one has only to compare photographs of people in their 40s from 70 years ago with people in their 40s now to see how much slower we age.

This isn’t to say that all is for the best in this, the best of all possible worlds. There are many clouds on the horizon, even on that of our health.

Obesity, another important risk factor for death in the pandemic, threatens to halt advances or even reverse gains in life expectancy. Our patterns of consumption are excessive and (to my mind) often gross and aesthetically unpleasing, as well as unhealthy.

But to speak of the degradation of our health isn’t only to exaggerate, but to use the language of the spoiled brat who doesn’t know his own good fortune by comparison with that of preceding generations.

Spoiled brats without a sense of perspective aren’t necessarily the wisest of policymakers.

Theodore Dalrymple is a retired doctor. He is a contributing editor of the City Journal of New York and the author of 30 books, including “Life at the Bottom.” His latest book is “Embargo and Other Stories.”