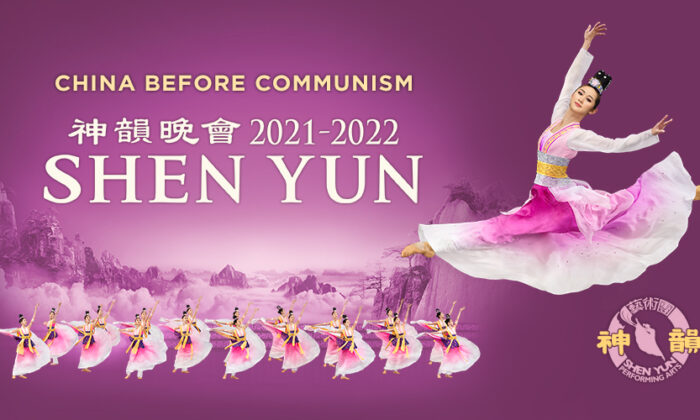 The Splendour of Shen Yun: A Beautiful and Magnificent Experience

The Australian tour of Shen Yun is a highly anticipated event. It is an event that infuses beauty, joy and brilliance in the enthusiastic audiences that attend the performance of this exceptional ensemble of dancers, musicians, and artists.

Shen Yun means “beauty of divine beings dancing,” and was founded in 2006 and since that time, it has enthused people all over the world. The mission of Shen Yun is to revive traditional Chinese culture, going back 5,000 years.

The program booklet states that, throughout its history, Chinese people “sought harmony among Heaven, Earth, and humankind, revered the divine and followed the course of nature.”

The mission of Shen Yun is succinctly described in the program booklet:

Shen Yun is a performing arts company with an ambitious mission—to revive traditional Chinese culture. … For thousands of years, classical Chinese dance was preserved through folk traditions, imperial court performances, and ancient theater. Dynasty after dynasty, it was enriched and refined, becoming one of the world’s most comprehensive dance systems. It has its own systematic training in fundamentals, in distinct postures and ways of bringing out innermost feelings, as well as in a multitude of flips, spins, and other aerial and tumbling techniques.

I attended a performance of Shen Yun at the Gold Coast Home of the Arts (HOTA) on May 8, Mother’s Day. It was a magnificent, memorable, and deeply moving experience, not easily forgotten, and cherished forever.

The audience is treated to a dazzling array of colourful costumes and flags, exciting gymnastics, and stylish traditional dances. The singing, music, and acrobatics are truly inspiring experiences.

Shen Yun uses an innovative 3D projection system, which enlarges the stage to boundless realms, and facilitates seamless interaction between the dancers and the projection. But what makes the performance especially important is the message that the dancers, artists, and musicians convey to their audience.

The communist regime regards this spirituality as a threat to its rule and seeks to replace it with its soulless, atheistic, and Marxian crudeness. As such, Shen Yun is performing a vital role in maintaining a cultural tradition, which the brutal Communist regime in Beijing has been attempting to destroy.

The show is thus providing an important service to humankind by focusing on the evils of China’s Communist Party. Its dehumanising mindset is exemplified by the horrible repression and persecution of Falun Gong practitioners, which started in 1999.

One of the dances, “Insanity During the End of Days,” graphically depicts the repression and torture of Falun Gong members simply for practising their beliefs in the enduring values of truth, compassion, and forbearance. In an inspiring and impressive choreographed dance, Shen Yun recounts the horrors of the repression and the CCP’s organ harvesting industry.

It is difficult not to be moved by this dance that decries the horrible cruelty inflicted on innocent people who dedicate their lives to the betterment of themselves and humankind. The dance reminded me of the moving description of the repression of Falun Gong practitioners, which is so vividly and movingly recalled in Jennifer Zeng’s book, Witnessing History.

The impact of Shen Yun’s performance on the audience is palpable. Indeed, the performance is uplifting and revitalises the attendees, who are inspired by the spiritual message of the performers.

In doing so, Shen Yun is preserving beauty and spirituality for future generations, not just in China, but throughout the world.

It is appropriate to pay tribute to the heroic determination of the artists to bring joy, beauty, and enthusiasm into the lives of all attendees.

It is presumptuous to single out any dance for special praise because it is difficult to distinguish between dances that are, without exception, exceptional artistic achievements. But I can hardly be criticised if I were to indicate that “Monkeying Around in Paradise” is one of my favourite dances.

The dancers are accompanied by an orchestra that combines Western and Chinese instruments. The music is original and is composed for the performances of Shen Yun.

The spectacular dances require the artists to perform athletic and expressive dance forms in which Chinese culture has been passed from one generation to another.

The program of dances, singing, and gymnastics are introduced by two comperes, a man and a woman, alternating between Mandarin and English. Their introductions reveal the history of the dance and place it in the relevant Chinese period. Their contribution is always instructive and erudite and, on occasion, even humorous. The comperes also introduced the audience to the instruments used by the musicians.

I was awestruck by the beautiful sound of the erhu, a Chinese instrument with two strings, capable of conveying a complete range of human emotions.

Shen Yun develops a new program every year. Those who attended the performance have been privy to an incredible display of dazzling dances, which tell the rich story of China’s history and culture.

In any event, people should definitively not miss the opportunity to admire this incredibly gifted ensemble when next they visit Australia.

There are no adjectives that appropriately describe the thrill of enjoying performances of Shen Yun. But the word “magnificent” comes closest to describe a performance which, undoubtedly, is the most aesthetically appealing and beautiful performance of the year.