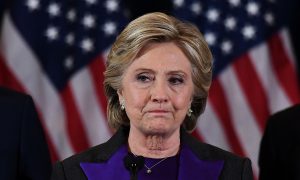 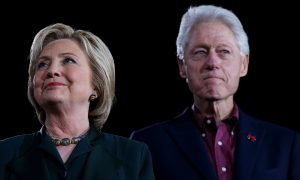 The Uranium One Scandal Explained
0 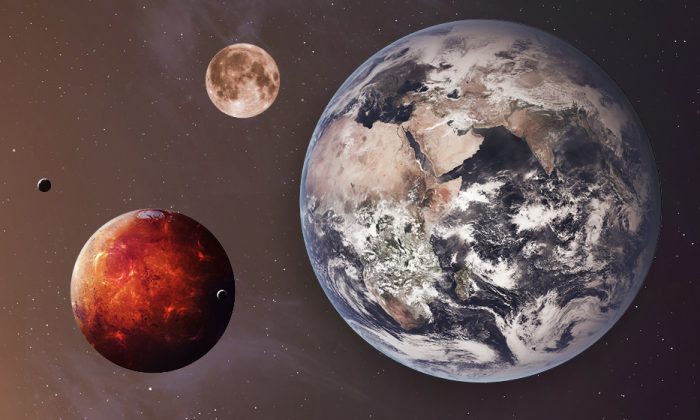 The United States will return to the Moon and travel to Mars, and may create a military space force
By Joshua Philipp
Print

President Donald Trump said on March 13 that space has become a warfighting domain, and that to face this threat, the U.S. military may need a “Space Force.”

Trump, speaking with troops at the Marine Corps Air Station Miramar in San Diego, stated: “My new national strategy for space recognizes that space is a warfighting domain, just like the land, air, and sea. We may even have a Space Force.”

His statements echoed concerns that have been raised for decades in the military and defense community: that modern technology and U.S. military power are heavily dependent on vulnerable satellites, and that U.S. adversaries are pushing to dominate space militarily.

“China wants to control the Earth–Moon system. By doing so, it can impose a toll on the space economy ambitions of the West,” said Richard Fisher, senior fellow with the International Assessment and Strategy Center.

“It is actually quite fortunate that President Trump has emerged at this time with this broad understanding and a desire to position the United States and the democracies strategically so that China and Russia do not deny the future benefits of space to our people,” he said.

The coming space race has two facets, one military and one economic. And the push further into the domain of outer space could create new forms of technology in both fields, as was seen in the Moon race of the 1950s and ’60s, which led to the “silicon revolution” and many of the technologies we know today.

“It’s a historical fact that the Moon race was the impetus for many commercial technical spinoffs that spurred new industries in the United States,” Fisher said. “However, the Trump administration is embracing a much larger goal with a ‘Space Force.'”

During a roundtable last June, Trump described the problem of the United States losing its lead in global technology and said his administration would aim to help change this situation.

“Fifty years ago, our government drove the innovation that inspired the world and put Americans on the moon,” Trump said, during a discussion with the American Technology Council. “Today, many of our agencies rely on painfully outdated technology, and yet we have the greatest people in technology that the world has ever seen right here with us in this room.

“Government needs to catch up with the technology revolution,” he said. “America should be the global leader in government technology, just as we are in every other aspect, and we are going to start our big edge again in technology—such an important industry.

“My administration is embracing a new spirit of innovation that will make life better for all Americans.”

According to Fisher, “China is forcing the world into reviving a phase of the global arms race that petered out in the late 1950s,” and this is leading to a new space race that could have major implications for innovation and defense.

During the last space race, Fisher said, “the Soviets wanted to be able to militarily dominate low-Earth orbit, to attack American satellites, which were better than theirs. By dominating low-Earth orbit, they could dominate conflicts on Earth.

As the United States prepares to enter a new space race, there will be some key differences from before.

Unlike the space race of the past, the new programs for space travel and commercial programs will be spearheaded by private companies, and the U.S. military may also make a stronger push into space.

Fisher said that Trump is “first and foremost, creating a new regulatory regime that allows new participants in the space sector to be able to seek their success,” and added that it’s of “enormous strategic significance” for the United States and the rest of the world that these private companies “have the legal foundations to be able to achieve their ambitions in space.”

The main challenger to the United States in this race is the Chinese regime, which is pushing an alternate model for space industries where there is only a thin line between private industry and state-run companies, and where the space businesses are tightly regulated to serve the interests of the state.

The Chinese regime has announced plans to start mining operations on the Moon and has also floated concepts such as orbital solar panels that can beam energy to the Earth’s surface using laser technology. The plans have raised concerns in the security community that China may weaponize these operations, which could endanger U.S. strategic satellites and allow China to nationalize parts of the Moon.

“The Chinese projection into space is, first and foremost, a military projection,” Fisher said.

The Trump administration is using a different model, based on cutting red tape and clearing the way so that companies have room to innovate and develop.

In the United States, Fisher said, “the new space race is being led by corporations seeking profit, and that is a much different set of conditions.”

As the space race moves forward, Fisher said, “it is conceivably possible for private sector corporations to create an infrastructure from the Earth to the Moon to Mars that makes it politically attractive for China and Russia to behave in outer space.”