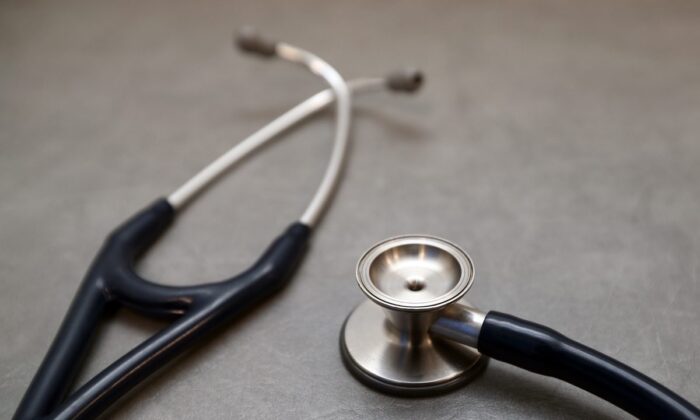 A stethoscope is pictured in a doctors office in London in this file photo. (Carl Court/Getty Images)
Viewpoints

The Sovietization of Mentalities

The West prides itself on having won the Cold War, but, in fact, a case could be made that, in a certain respect, the Soviet Union won it. That respect is the Sovietization of mentalities, which is proceeding apace in many institutions, not the least of them the American Medical Association.

That august body recently issued a statement about how it thinks that medical dezinformatsiya—oops, I meant disinformation—should be tackled. Perhaps the most sinister paragraph in this statement, which suggests what should be done, is the following:

In other words, medical licensing boards should act as censors with police powers.

Now, I need hardly say that I’m not in favor of doctors deliberately propagating untruth among the public, nor do I assert that a medical degree by itself prevents its possessor from lying egregiously in public for any number of possible reasons, including, but confined to, financial advantage.

But science, above all a science as inexact as that of medicine, isn’t a body of doctrine, from which any and all derogation is heresy. Anybody who has attended a trial in which there’s opposing medical testimony will grasp this straight away. The evidence of the experts may be contradictory, but that doesn’t mean that any of them is saying what he does ‘t believe to be true. The very notion of a second opinion suggests that more than one view of a case is possible by people of equal scientific training or standing, even in something supposedly as cut and dried as the interpretation of a pathology slide.

The best way of proceeding in a complex case is often a matter of judgment and opinion rather than of perfect deduction from indisputable premises. Semmelweis in 1840s Vienna suggested that it was doctors who were spreading puerperal infection in the maternity hospital that killed so many mothers, and he ended up in a lunatic asylum—but he was right.

Let me give a small example from my own experience. Once in Africa (now nearly 40 years ago), I had a patient with cerebral malaria, a fatal condition when untreated. I gave him appropriate antimalarials, and from the point of view of his fever, he improved. But, unexpectedly to me, he remained comatose.

I had just read a paper in The Lancet (if I recall correctly) that reported a trial of the use of hydrocortisone in cases of cerebral malaria. The results were entirely negative: Hydrocortisone was of no use in the condition, at least according to the double-blind controlled trial—such a trial being what doctors call “the gold standard” of medical evidence, which economists would no doubt regard as a symptom of the mental backwardness of doctors.

With my patient still comatose after a week, however, I decided to try hydrocortisone, and hey, presto! and glory be! he recovered in no time at all. He picked up his bed and walked.

I don’t claim this as any kind of scientific evidence, though perhaps it suggests the occasional advantages of mental flexibility. But would-be inquisitors or apparatchiks of the medical profession could accuse me of two great offenses: First, knowingly having given treatment to a patient that wasn’t in accord with the latest scientific evidence, and second, by having described the case in a public way, spreading or encouraging the spread of medical disinformation.

A much more dramatic case than mine is that of professor Didier Raoult in France. He’s a man of considerable eminence, a specialist in bacteriology and infectious diseases. He has discovered previously unknown microorganisms; he was asked by the Burundian government to control and end an epidemic of typhus, which he did; and he and his team established beyond reasonable doubt that the epidemic in Marseilles in 1720 that killed a third of the population of Provence was the plague.

At the beginning of the COVID-19 pandemic, however, he appeared practically daily in the French media, promoting hydroxychloroquine and azithromycin as the sovereign remedies and protection against the disease, on the basis of his own research that was clearly inadequate and scientifically nugatory. Nevertheless, he achieved the status of guru, and hundred of thousands, if not millions, became his ardent followers.

Raoult was well-suited to the role of guru. He looked like an ancient Gaul, he was boastful, arrogant, and libelous, accusing his fellow doctors who didn’t agree with him (who, in my view, were quite right) of everything from cowardice and stupidity to corruption.

But though I thought that his scientific ideas were misplaced, though I thought that his conduct was in many respects disgraceful, and though I thought that overall his practical effect was deleterious, it never occurred to me that he should be silenced, not allowed to publish, or driven out of the profession (unless, for example, he was guilty of potentially dangerous and patently unethical experimentation, of which in fact he now stands accused). Surely the world is large enough for a professor Raoult or two.

The problem with freedom is that people use it to say things that aren’t true or are even worse than merely untrue; they also use it to take foolish decisions that harm themselves. The people who put their trust in Raoult to an almost religious extent were, in my opinion, foolish to do so, but it was their decision, unimposed by anyone else.

But the dangers of a society in which the commissars of the American Medical Association, or any other such body, forbid and punish what they think is heresy are far greater than one in which the Raoults of this world blaze across the historical firmament for a moment. Freedom is desirable in itself; it’s also the necessary condition of that self-correcting activity that we know as science.

The American Medical Association isn’t alone in society in wishing to impose its reign of fear, arrogating to an apparatchik class an immense and irresponsible power. The same is true in many other fields: and that’s because the Soviet Union won the battle for the hearts and minds of much of the intellectual class.