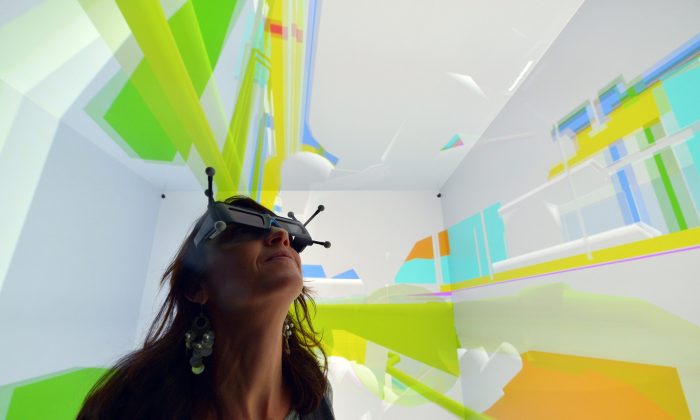 Virtual reality has a motion sickness problem. The complaints are almost universal among disgruntled trial users and reporters, and even the CEO of Oculus VR once said that it makes him feel that way “every time” he uses his own product.

The visual distortion easily created in simulating a 3D world on a 2D plane is a primary cause of what has been dubbed “simulation sickness” when using VR headsets. Another is the disjunction between what’s seen by your eyes and what’s felt by your inner ear canals—which are responsible for your sense of spatial balance—due to the frequent lags in the headset’s motion sensor.

The VR has been gradually scaling back these problems with more distortion calibrations and faster motion senors, but researchers are experimenting with a cheap and easy solution that could dramatically reduce motion sickness—just insert a virtual nose on the screen.

Oculus Rift Future: What Will Facebook Do With Virtual Reality?

Researchers at Purdue University conducted an experiment on 41 VR users who walked around a Tuscany villa in their headsets. Those who had a virtual nose inserted in their field of vision lasted for 94.2 seconds longer in virtual reality than those who did not.

“Surprisingly, subjects did not notice the [virtual nose] while they were playing the games, and they were incredulous when its presence was revealed to them later in debriefings,” said David Whittinghill, a professor at Purdue’s Department of Computer Graphics Technology.

The virtual nose was less effective in preventing motion sickness in a simulation of a roller coaster ride. Subjects with virtual noses lasted only 2.2 seconds on average than those who did not.

“The roller coaster demo is short, but it’s very intense at times, spinning upside down, jumping across chasms, plunging fully vertical, so people can’t do it very long under the best of circumstances,” Whittinghill said. “We had a reliable increase of 2 seconds, and it was a very clear trend. For the Tuscany demo it takes more time, but eventually you start getting queasy, and 94 seconds is a huge improvement.”

In addition to lowering self-reported motion sickness, use of a virtual nose also reduced the amount of sweat released by subjects, which are a proxy for motion sickness, as measured by electro dermal activity sensors.

The exact cause of the virtual nose’s stabilizing effect is still unknown, although researchers have speculated on how it works.

“Our suspicion is that you have this stable object that your body is accustomed to tuning out, but it’s still there and your sensory system knows it,” Whittinghill said.

The researchers said that the virtual nose was analogous to the fixed visual references that are a mainstay in many motion-rich video games “such as a racecar’s dashboard or an airplane’s cockpit,” which are unknown to reduce motion sickness. A nose, however, is better suited for most virtual reality purposes than the alternatives.

“You can’t have a cockpit in every VR simulation,” Whittinghill said.