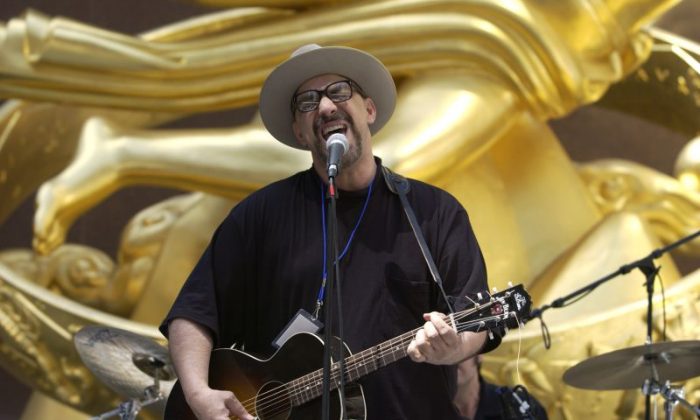 ‘The Smithereens’ Lead Singer Pat DiNizio Passes Away at 62

Pat DiNizio, the lead singer of New Jersey rock band The Smithereens, has died at the age of 62, The Associated Press reported on Wednesday, Dec. 13.

The Smithereens announced his passing on its Facebook page, saying he died Tuesday. The cause of death was not revealed.

Band members wrote that their “journey with Pat was long, storied and a hell of a lot of fun.”

Very sad to hear of the passing of Pat DiNizio. Always enjoyed speaking with him and hearing him play. R.I.P. Pat. #smithereens https://t.co/MSnO6sSzyM

They had a string of hits like “A Girl Like You” and “Behind The Wall Of Sleep” to “Only a Memory,” and “Blood and Roses.”

“Pat had the magic touch,” DiNizio’s bandmates wrote. “He channeled the essence of joy and heartbreak into hook-laden three minute pop songs, infused with a lifelong passion for rock & roll.”

They were founded in Carteret, New Jersey in 1980, before releasing their first album, “Especially for You,” in 1986.

“We all happened to love the same music and also as importantly be fans of the same pop culture things,” DiNizio told SugarBuzz Magazine about a decade ago, according to AP. “We grew up watching Soupy Sales, Chuck McCann and The Monkees. We all grew up reading Mad Magazine and there was a shared background. So we agreed upon all of that.”

Bloody hell, Pat DiNizio's gone. The Smithereens made the most simple, lovely, unpretentious pop songs of my '20s and beyond. And they don't even get their due on those ubiquitous "'80s Flashback" radio blocks.

SMITHEREENS' ELEVEN and BLOW-UP are perfect albums. Own them.

RIP #PatDinizio of The Smithereens.

Grateful to have seen the band a few times through the years.

Their song “Blood and Roses” was featured in the movie “Dangerously Close,” and it received heavy airplay on MTV.