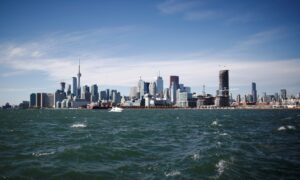 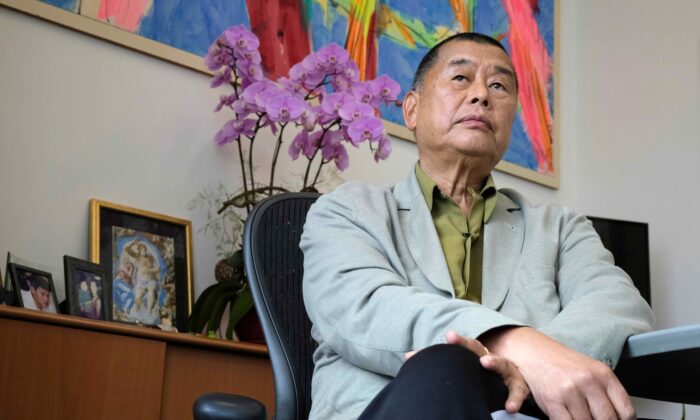 The Slow Death of Hong Kong

On April 1, better known as April Fools’ Day, a Hong Kong court issued an unjust but unsurprising verdict. Seven Hong Kong democratic leaders were convicted of organizing unauthorized assemblies. These refer to the mass pro-democracy marches that took place during the summer of 2019. The official sentences of the seven charged activists will be announced on April 16.

Shanghai was once one of the most glorious cities in the world. It birthed numerous legendary international writers and filmmakers. During this golden age in the 1930s, it was called “The Paris of the East, the New York of the West.” But after the CCP established its power, Shanghai’s freedom died, along with its beautiful golden age in art and trade. Sadly, Hong Kong is destined for the same death.

In this case, the Hong Kong democrats organized a rally and parade in August 2019. The police approved the rally but didn’t agree to the parade. On Aug. 18, 2019, more than 1.7 million Hong Kong people participated in the rally and then took to the streets, marching through the center of Hong Kong’s business districts for their five key demands.

The protests at that time were very peaceful. Although the police didn’t agree to the parade, no strong enforcement measures took place during the march. People were allowed to march and express their demands with minor interference.

Amid the widespread scenes of violent conflicts between police and citizens from Hong Kong’s year of protests, the historic rally and parade on Aug. 18, 2019, are particularly important. The massive gathering marked a moment of unity for Hong Kong citizens, serving as a turning point that would soon lead to what would later be named “the revolution of the times” in the island city.

Martin Lee and others stated that there was a large number of people at the gathering, so they “led the assembled crowd to evacuate,” but the prosecution disagreed. The prosecutors alleged that the accused encouraged the march by holding up banners and shouting slogans, which led to the creation of an “illegal assembly.”

Frankly, this entire court proceeding was a show. The Hong Kong government’s prosecutor’s statement and the defense of the convicted person didn’t matter at all. Under the control of the Chinese regime, the accused were guilty before the trial. The charges are convicted no matter how well the accused tries to defend their innocence. Under the Chinese Communist Party (CCP), the rule of law is all a show.

Martin Lee and Jimmy Lai are both iconic figures in Hong Kong.

In 1967, the storm of the CCP’s Cultural Revolution spread to Hong Kong, and Hong Kong’s leftist trade unions, driven by the underground CCP, began to violently resist the British Hong Kong government.

A large number of union figures were accused of rioting. At that time, the relationship between Hong Kong leftists and Hong Kong lawyers was not harmonious. It was challenging for leftist activists to hire any legal professionals to represent them in court. Martin Lee was one of the only lawyers who openly represented the leftist activist. Through his work, he was successful in freeing many of the accused from charges.

It was precisely because of Martin Lee’s historic law work for leftists that the underground party of the CCP in Hong Kong has a good impression of him. In the 1980s, Martin Lee became a member of the Drafting Committee of the Basic Law of the Hong Kong Special Administrative Region to prepare Hong Kong’s transition from Britain to China.

Lee, now in his 80s, is regarded as the father of democracy in Hong Kong. He has since faded out of politics but remains very much invested in the future of Hong Kong. As a leading figure in the democratic camp, Hong Kong’s Umbrella Movement and the Anti-Send China Movement, he is intertwined with the fate of democracy in the island. When interviewed by the BBC about his arrest in 2020, he responded that he was actually relieved, stating: “For so many years, so many months, so many good youngsters were arrested and charged, while I was not arrested. I feel sorry about it.”

Jimmy Lai has a similar story. Lai left his family and China at the age of 12 as a stowaway on a boat into Hong Kong. He worked as a child in a garment factory for $8 a month. His legacy eventually centered around his hugely successful fashion brand, Giordano, and media franchise, Next Media. Like Martin Lee, his early history was also intertwined with the CCP.

The Giordano brand was successful in cooperation with China Resources, the largest Chinese company based in Hong Kong. Due to the Tiananmen Massacre in 1989, Lai also became an outspoken critic of the CCP. He then founded Next Magazine and Apple Daily, which centered around tabloids, politics, and business.

Leung Kwok-hung, the politician known as “Long Hair,” was once himself a socialist, even claiming to be a Trotskyist Marxist. After the Tiananmen Square Massacre, he often wore a Che Guevara T-shirt. His hair is usually long and flowing, serving as the inspiration for his nickname.

This older generation of Hong Kong activists has three basic characteristics. The first is to identify with China and Hong Kong, the second is to be peaceful, rational, and nonviolent, and the third is to oppose making Hong Kong an independent nation. They represent patriotic Hong Kong citizens, who want sovereign rights while still maintaining a connection to their motherland of China.

Their suppression by the CCP reveals that this strain of lawful Hong Kong “patriotic activism” against China has failed for good. It’s foreseeable that the younger generation of Hong Kong activists will adopt more extreme methods in the future. They will no longer rely on Hong Kong’s legal system, and they recognize Hong Kong as an independent, sovereign nation of its own instead of as an autonomous region of China.

The tiny island city of Hong Kong is a threat to China precisely because of its power and history of revolution. The CCP is very clear about the role of Hong Kong as a base of subversion against reigning Chinese rule.

After 1840, Hong Kong gradually became an extraterritorial enclave of China. Those who oppose the central government typically gathered in Hong Kong to plan for rebellions. Hong Kong was the main base for Sun Yat-sen’s Nationalist uprising against China’s last Qing Dynasty. Most of Hong Kong’s major triad organizations originated from the “Hong Gang,” a nongovernmental underground organization that has a history of more than 100 years against the Qing empire. Sun Yat-sen even became a leader of the “Hong Gang.”

After the official founding of communist China, the Party continued to carry out operations in Hong Kong such as the Hong Kong strikes, when workers in Hong Kong and Guangzhou jointly held strikes against the ruling British government. The workers’ strike wasn’t a success, as it didn’t help much the interests of the workers. However, the CCP utilized the worker strikes as a political tool to recruit people to the CCP. Through these efforts, their membership increased by a hundredfold.

Various subversive operations of the CCP in Southern China were often based in Hong Kong. After the failure of the 1929 Baise Uprising in Guangxi, Deng Xiaoping ran to Hong Kong to take refuge, only to be instructed by Zhou Enlai, the right-hand man of Mao Zedong, to go to Shanghai. Zhou Enlai has himself been to Hong Kong many times. Five of the top 10 marshals in Chinese Communist Party history have taken refuge in Hong Kong.

In the early days of the Chinese Nationalist–Communist Civil War, many of the materials from the communist Soviet Union were transported to the CCP through Hong Kong ships.

The CCP is more sensitive than anyone to the power of Hong Kong to subvert the ruling power of China.

Now Hong Kong as the cultured, free, and golden city it once was, has officially died.

There Is No Art Without Freedom

As the 2000s emerged, Hong Kong’s innovations have slowly declined along with its freedoms. Great singers and movie stars have disappeared, along with its innovative fashion design and industry.

This year’s Academy Awards ceremony will be on April 25. Despite it being the biggest event in entertainment, major Hong Kong TV stations won’t broadcast it due to the fact that a Hong Kong protest documentary was nominated for an Oscar.

Four Hong Kong male movie stars are known as the “four kings.” Two of these kings, Tony Leung and Aaron Kwok, shot a movie titled “Where the Wind Blows.” This crime thriller is about Hong Kong’s notorious police corruption in the 1960s. It was originally set to be one of the opening films of Hong Kong’s upcoming International Film Festival but was canceled three days before its release.

The film company stated the cancellation was due to a “technical problem,” but because the film involved police corruption and underground activity, it was rumored that China’s National Film Bureau needed it to be revised before it could be screened publicly.

Hong Kong’s films are required to be reviewed and approved by the National Film Bureau, the primary censorship agency of China’s Central Propaganda Department. This process explains the decline of Hong Kong’s film and television industry over the years.

Like Hong Kong, Shanghai was once home to the most brilliant theater in Asia. But without creative freedom, it’s impossible to produce great stories or works of art.

The Hong Kong film industry, which has produced many international movie stars and directors, has met the same fate. Compared with Shanghai, Hong Kong’s death may even be more painful. Shanghai died suddenly, while Hong Kong’s downfall has been slowly dragged out over the past two decades. There’s no doubt the death of the industry is related to the death of freedom in Hong Kong. The freedom of speech and artistic creation and expression are key to the creation of interesting stories and art.

In charging these seven key democratic leaders, the Chinese Communist Party has killed freedom of speech in Hong Kong.