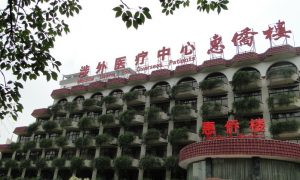 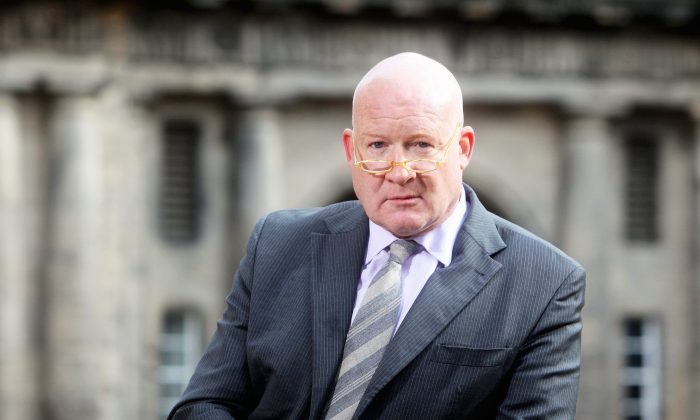 "The Slaughter" author Ethan Gutmann will travel to eight cities across Canada to promote his new book and speak with interested parties on his findings. (Courtesy of Ethan Gutmann)
Canadian Content

There's big money in organs, and China is making a killing in more ways than one
By Pam McLennan
biggersmaller
Print

But that changed after he met with a Falun Gong practitioner in Toronto who casually mentioned in the course of conversation that she had been given a physical exam while incarcerated for her beliefs in China.

Falun Gong adherents in Chinese jails are routinely tortured and abused, so why a physical exam?

“My investigative nose got going,” says Gutmann, who began writing about Falun Gong in 2002, three years after the Chinese regime launched a large-scale campaign of persecution against those who practice the spiritual discipline.

He thus embarked on the seven years of research and interview-gathering that culminated in “The Slaughter: Mass Killings, Organ Harvesting, and China’s Secret Solution to Its Dissident Problem.”

Selling human organs for profit is not a pretty subject. In China, thousands are killed every year to supply vital organs to this very lucrative industry. Both military and civilian hospitals are doing the dirty work, and the government knows about it.

How did this get started and who exactly is being slaughtered in this way?

Using first-person interviews, Gutmann brings the victims to life while taking the reader step by ugly step through the evolution of the mass theft of organs from prisoners. It started with Uyghurs, a Turkic minority group, and grew to include political dissidents as well as Falun Gong adherents who are prisoners of conscience.

Gutmann surmises that the mass killing of prisoners for money wasn’t an intentional plan. It started slowly by using organs from executed prisoners and evolved over time. When shown to be profitable it quickly spread across the country and, as a bonus, was used to wipe out dissidents or other undesirables, despite such an approach being illegal and a crime against humanity.

“The leadership was aware of it and it was state sponsored—ultimately the state allowed it to happen and encouraged it to happen,” Gutmann said.

A gradual increase in the number of organ transplants in China began in about 2000, which coincides with the continuous arrest of large numbers of Falun Gong practitioners after the practice was banned in July 1999. At that time, an estimated 70-100 million people were practicing Falun Gong in China.

Shot, but Not Killed

The yearly number of transplants in China averages about 10,000, and although Beijing admits to taking organs from executed prisoners, the number executed per year is approximately 2,000 and falling. So how is the shortfall made up? The evidence points to prisoners of conscience—mainly Falun Gong—but also Tibetans, Uyghurs, and House Christians who are imprisoned but certainly not slated for execution.

To obtain fresh organs that can survive the rigours of transplantation, prisoners are shot execution-style, but not killed. They are in deep shock and so can be operated on without using anaesthetic to quieten the body while the organs are removed. The organs are immediately shipped to a hospital and transplanted into waiting patients.

The most chilling part is that the prisoners are still alive when their bodies are cut open, and screams have been reported during the surgeries.

Many of those interviewed by Gutmann talk about being arrested for practicing Falun Gong and then receiving a physical exam while incarcerated. No other prisoners have such exams—only those being considered as organ donors are examined. If they’re deemed healthy enough, blood is taken to tissue-type the person so they can be matched with a patient and used when needed.

A new organ can be had in China in as little as a few weeks. In all other countries, the wait time is at least two years.

Regarding the response to his book, Gutmann said: “I think the key thing that you’ll find is that not a single reader, anyone who’s read the book, has said the conclusions aren’t there or has questioned my evidence. Not one. That’s key. That is very encouraging.”

“I think that’s why the book does have the capability to change this debate from ‘Did this really happen?’ to ‘What do we do about it'”?

Starting Oct. 19, Gutmann will travel to eight cities across Canada to promote the book and speak with interested parties on his findings. He will take part in a public forum on Oct. 20 at Library and Archives Canada in Ottawa to discuss his findings and how Canada should respond to forced organ harvesting in China.

He will also speak at a hearing of the Subcommittee of International Human Rights on Oct. 21 and participate in a forum with MPs on Parliament Hill on Oct. 22.

Curbing transplant tourism to China is an important first step, and Canada can lead the way on that, Gutmann says.

“Canada can play a leading role here and could even end up being the tail that wags the dog, the dog being America,” he explains.

Tour Dates and Locations in Canada