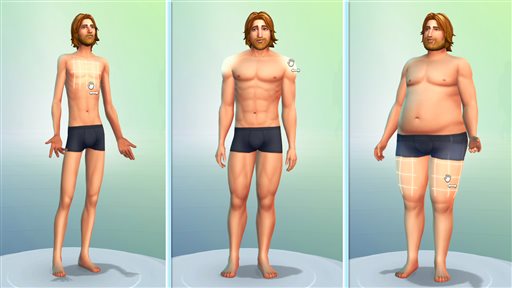 This undated publicity photo released by Electronic Arts/Maxis shows the video game, "The Sims 4." The fourth edition of Maxis' successful life-simulating game will include more expressive versions of the virtual people whose lives players can manipulate. (AP Photo/Electronic Arts/Maxis)
Gaming

The Sims 4 Release Date: Features Reportedly Missing; Also There’s No Reviews Until the Game is Out?

The Sims 4 will be released Sept. 2, but there’s already been complaints that some key features in previous games are missing.

EA has posted two different trailers for the game in the past week, showing the gameplay.

According to IGN’s editor Dan Stapleton, “Looks like there’ll be no The Sims 4 reviews until after it’s out. EA tells me no one’s getting access ahead of release. I’m nervous.”

Regarding Stapleton’s comment, it’s not clear if Maxis or EA have confirmed it.

This comes after TS4News.com posted an entry saying that “89 features” are missing from the EA game.

“Lastly, it is important to understand that much of this content will NEVER be in The Sims 4. Things like Create a Style are not compatible with the game engine, and thus cannot be added in future updates or expansions,” the website states.

Here’s a few major features that have gone missing, per the website:

“MAJOR MISSING FEATURES THAT WERE IN TS3:

No create a style (CAST) – NOT possible in future expansions (x)
No modifications to world/public spaces – The park in the demo is a mix of a community lot and public space (x1) (x2)
No “normal” careers – Law enforcement, Medical, Business, etc. were removed (x)
No open world – You must incur a loading screen between each active lot; each neighborhood has 1-5 lots total (x1) (x2)
No pools (x)
No terrain tools other than paint; everything is perfectly flat (x)
No story progression – Sims in the neighborhood age, but do not have children, get jobs, move, get married…etc. without player intervention (x)
No toddlers (x)
No way to create/place new lots – And you only have 2 empty ones at the start of the game!
No Mac version of the game at release”