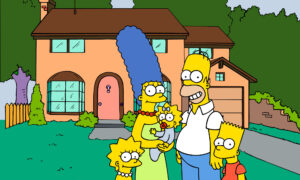 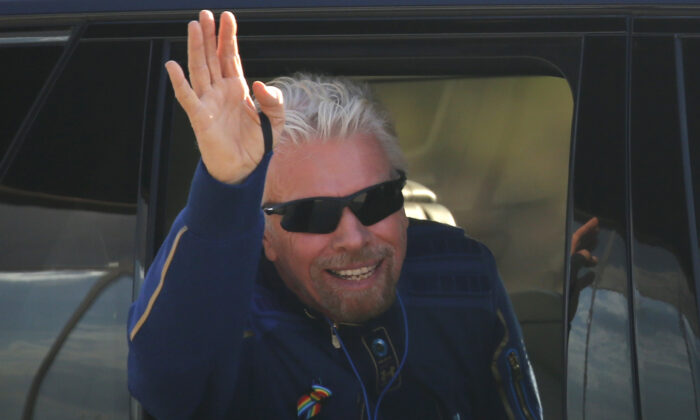 Billionaire entrepreneur Richard Branson departs with his crew prior to boarding, for travel to the edge of space in Virgin Galactic's passenger rocket plane VSS Unity, near Truth or Consequences, N.M., on July 11, 2021. (Joe Skipper/Reuters)
Film & TV

It appears that The Simpsons did it again by predicting billionaire Richard Branson's flight into space, and Virgin Atlantic published the evidence
By Entrepreneur

Entrepreneur
Empowering People in the Business of Changing the World | Entrepreneur® is dedicated to fueling the world’s visionary leaders compelled to make a difference through their innovative ideas, businesses, and points of view.
View profile
biggersmaller
Print

Every time a relevant event occurs in the world, The Simpsons fans look for clues that the yellow family would have anticipated it. This time, the protagonist of a supposed premonition is Richard Branson’s trip to space. The Virgin Atlantic Twitter account, owned by the British mogul, posted alleged evidence that the space odyssey had already been prophesied in the cartoon.

On July 11, Richard Branson’s VMS Eve spacecraft took off from Spaceport America in the New Mexico desert. Upon reaching an altitude of 15 kilometers, the VSS Unity aircraft detached itself from the spacecraft and ascended to a height of 89 km, exceeding the point where the United States government locates the border between Earth and space, at 80 km.

After spending several minutes in orbit, VSS Unity successfully landed in New Mexico at 9:38 am local time, and the 71-year-old businessman was greeted by his three children and 200 other people.

The billionaire and five crew members were traveling on the VSS Unity plane, making it the first flight with passengers for his Virgin Galactic space tourism company.

Of course, this was quite a historical milestone and a source of amazement for the world. Except for the creators and fans of The Simpsons.

The Virgin Atlantic company, which is part of the Virgin Group and is also owned by Richard Branson, published on its social networks what would be the proof that the yellow family predicted the tycoon’s space travel.

The airline shared an illustration taken from an episode of The Simpsons that shows a character very much like Branson floating inside what looks like a rocket ship.

“The Simpsons predicted it,” the company wrote.

The image, which is already viral on the internet, corresponds to “The Burn and The Bees” episode of season 20, where an astronaut appears enjoying zero gravity in a space shuttle. Of course, netizens could not help but notice the striking resemblance between the cartoon and Richard Branson in the flesh.

The first to notice the coincidence was Twitter user Aditya Kondawar, who shared the illustration of The Simpsons alongside a photo of Richard Branson during the trip for comparison.

“How can The Simpsons show predict every damn thing?” Kondawar wrote.

Only Matt Groening and his team of creators could confirm if they had Richard Branson in mind when creating the viral image. Even if not the case, the fellow actor, producer and writer has appeared as a special guest on the animated series at least three times.

Maybe you remember Richard Branson’s cameos in episodes like “Loan-a Lisa”, “The War of Art” and “The Princess Guide”.

Entrepreneur
Empowering People in the Business of Changing the World | Entrepreneur® is dedicated to fueling the world’s visionary leaders compelled to make a difference through their innovative ideas, businesses, and points of view.
TOP NEWS