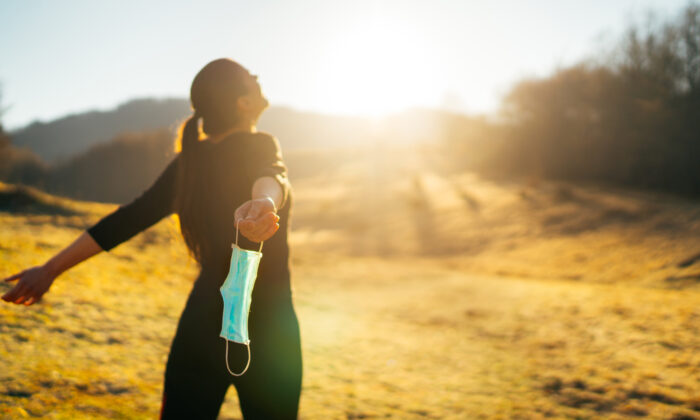 The Simple But Forgotten Open Air Factor in Infection Control

Documented in medical journals for almost two centuries but seemingly forgotten nowadays, breathing fresh outdoor air could be key to defending against airborne bacteria and viruses, including COVID-19, a leading infectious disease expert from the Australian National University (ANU) suggests.

Professor Peter Collignon, a co-author of a paper on the subject, said in a release on Wednesday that outdoor air has germicidal properties that can dilute and limit the spread of pathogens and even kill airborne viruses.

“This is why being outdoors helps protect people from contracting COVID-19,” he said.

The infectious diseases physician and microbiologist said that the pathogen-fighting agent in outdoor air—known as the Open Air Factor—is continually neglected in public health as a form of infection control, despite documented evidence of “open-air therapy” being utilised to treat tuberculosis in the first decade of the 20th century, as well as treat soldiers’ infected wounds during the First World War.

Collignon stressed that from the end of the 19th century to the middle of the 20th century, it was widely believed that outdoor air had disinfecting and therapeutic properties.

“During the First World War, a British surgeon found that putting patients outside and then leaving their infected wounds open to fresh air greatly improved recovery. In two or three days, the wounds lost their odour and began to look clean again,” Collignon said.

In addition, the paper points out that during the 1918-19 influenza pandemic, patients nursed outdoors reportedly recovered in greater numbers than those indoors in hospital wards.

Rediscovering the Benefits of OAF in Infection Control

While it is currently unclear how to preserve the health benefits of outdoor air in indoor spaces like hospitals and public areas, Collignon is calling on medical authorities to commission research into whether it is possible and, if so, how it might be achieved.

“This could potentially include rediscovering open-air wards, such as during the First World War, to help patients and staff in hospitals, or finding new ways to improve indoor ventilation techniques with fresh air from outside,” he said.

“The OAF will likely also help in reducing the transmission of many infections in schools, homes, offices, and larger buildings.”

Collignon went on to say that several decades ago, hospitals and other buildings were designed to prevent infections from spreading, whereas today, they are not.

“For example, windows are smaller, ceilings are lower, cross ventilation can be difficult if not impossible, and balconies and verandas are not as common as they once were,” he said.

“Fresh air is no longer considered to be germicidal or therapeutic for hospital patients or, for that matter, anyone else. It is perhaps time to examine how we used to design and ventilate buildings for health. If this is ignored, just as the OAF continues to be, the costs to society could be large.”

Collignon’s paper outlines a number of recommendations for further investigation into the benefits of OAF, including a program of testing the effect of OAF on established and novel pathogens, experiments to determine if and for how long the OAF can be preserved indoors, and a review of building design, with a focus on increased exposure and access to outside air to improve infection control and patient recovery.

“But we need to also recognise that there is already sufficient evidence to show that public health generally would improve if more emphasis was placed on increased exposure to outdoor air,” the study says.