The Similarity Between Cryptoventures and Small Businesses

They are easy to start and many don't succeed, but the successful ones can go a long way 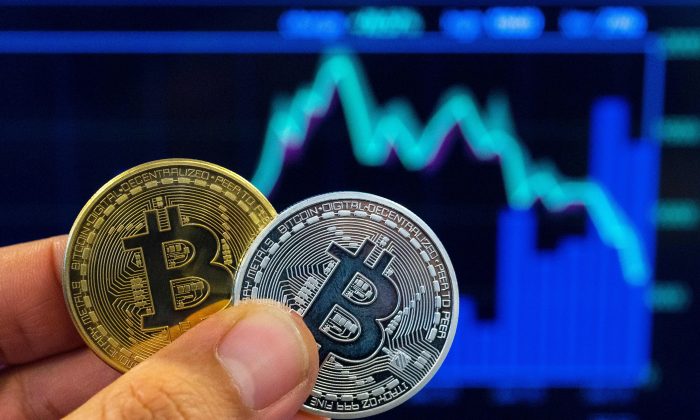 A physical representation of bitcoin, at the "Bitcoin Change" shop in the Israeli city of Tel Aviv on Feb. 6. (Jack Guez/AFP/Getty Images)

About half of all small businesses fail after five years, but we don’t use that fact to declare small businesses to be all hype, or something not worth starting. Instead, our culture generally praises small entrepreneurs for their hard work and willingness to take on risk in an often-unforgiving market. We don’t know in advance which ideas are the best, so we let people bring those ideas to the market to find out.

Consider, then, a recent study by journalist Samuel Haig, published on bitcoin.com and titled “5 Years Ago You Should Have Bought Bitcoin, Not Altcoins,” with altcoins meaning alternatives to bitcoin.

The headline is the only bone I have to pick with the study itself. Haig provides a useful look at the five-year performance of all 14 major coins, and sticks to the facts. He finds that bitcoin’s five-year return of 7,175 percent far outpaces that of any other, with litecoin coming in second at a still-titanic 4,083 percent.

Those are the only two coins of the 14 that casual enthusiasts have likely heard of, with most other coins, such as ethereum (not to mention the ethereum-based tokens sold in Initial Coin Offerings), entering the space later. But for those that did exist five years ago, performance has varied widely. Five others have increased in value, anywhere from 15 percent to 1,177 percent (investors in more stable assets may do a doubletake at Haig’s description of returns of 130 percent and 35 percent as “modest” and “meager,” respectively). Seven have lost value, with all but one of those dropping by over 80 percent and three having essentially gone to zero.

Despite the headline, these results reflect well on the viability of altcoins in general. Failure of a business and collapse of an asset price aren’t directly comparable events, but the failure rate of altcoins over five years is certainly in the ballpark of new businesses. In hindsight, had you bought and held one coin five years ago, Bitcoin would be the right choice. And in 1975, you should have gone to Bill Gates’ garage and given him seed money for Microsoft, rather than any other small business.

But the job of markets isn’t to go up. I’ll never forget after the September 11 attacks when some talking heads declared it our patriotic duty to buy stocks. Markets work because people make informed decisions based on their knowledge and expectations, not because they inflate asset prices while saluting the flag. It would worry me if the price of every coin had gone up over five years.

If we knew in advance whether every idea was good or bad, we’d likely do better with a central planner than the messiness of free markets. But the beauty of markets for assets like cryptocurrencies is that they combine individual investors’ knowledge, expectations, supply of investable funds, and any number of other details to yield results that make society work far better without any central planner.

The market for altcoins is working because as some fail and bad ideas get weeded out, the best ones prevail, and society benefits in the long-term.

The survey results may also be misused by those who believe that bitcoin, and only bitcoin, will be a viable currency in the future. With its elegant simplicity and first-mover advantage, bitcoin may well turn out to be the best investment and most widely used cryptocurrency. But declaring the inevitability of such a result implies that the first inventor in the space got everything right, ironically mimicking the central-planning mentality.

There are many reasons the market for cryptocurrencies remains unstable, and many possible reasons why several, none, or one might succeed. But the fact that about half of altcoins failed or came close to doing so over five years is a promising sign for that market, rather than an indictment of anything not named bitcoin.