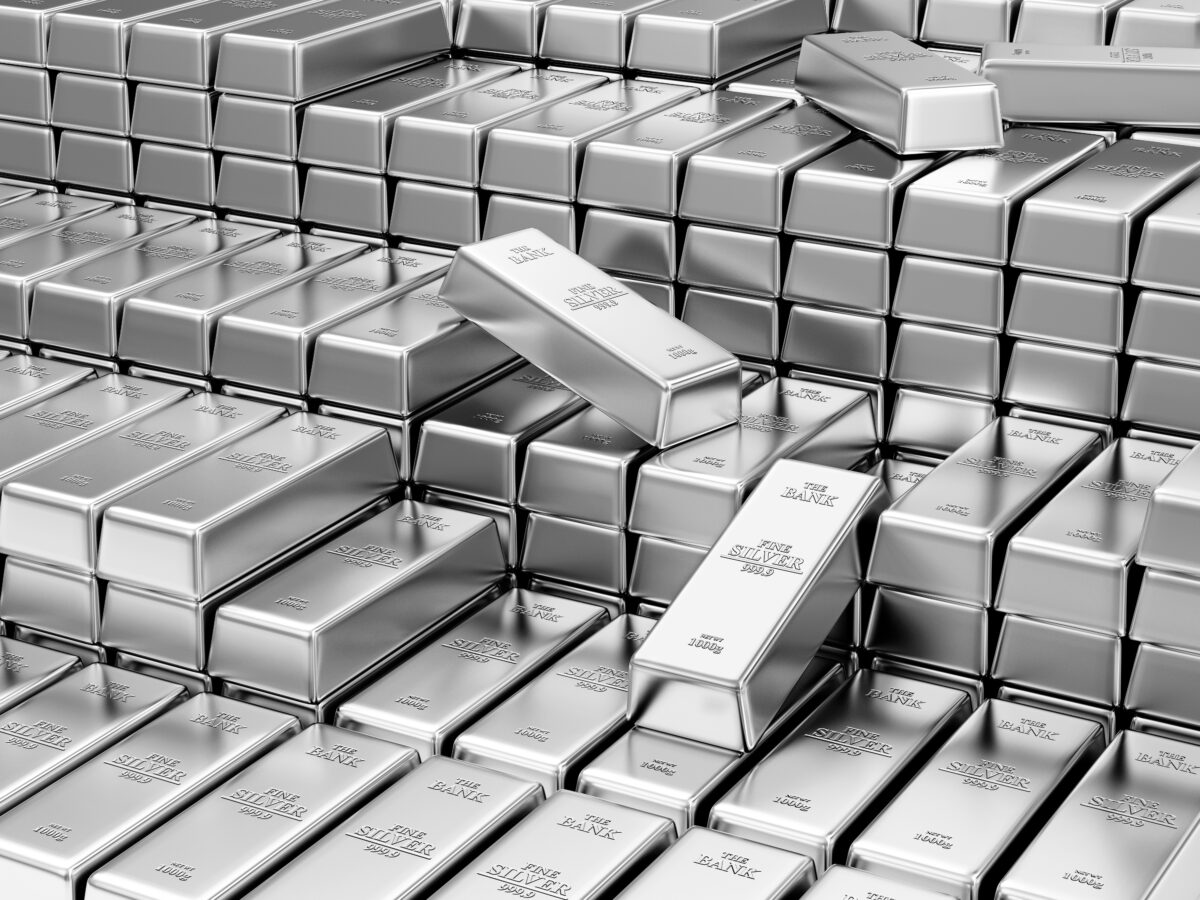 While the clean energy movement appears to be gaining traction across the globe, it nevertheless remains a controversial emergence. Those against the initiatives see it as a usurper of a legacy industry still at the height of its powers, a misguided investment that may end up costing more than it can yield while creating more pollution in the process. Those who support clean energy see it as a practical, if not evolutionary, step toward a cleaner, more efficient, and more technologically-sound environment.

Whether renewable tech will eventually claim energy’s future or not is not something anyone can predict. What we do know is that its implementation will likely be difficult, laden with problems and missteps. On the flip side to all of this, there’s a silver lining to legacy energy’s erosion and eventual ruination. And that silver lining is, literally, “silver” itself.

As both a monetary and industrial metal, it possesses a somewhat ironic status by offering a means to simultaneously exploit and hedge against either outcome, whatever it may bring.  It isn’t the perfect investment by any means, but very few assets have the flexibility to ride both boom and bust, as if its internal attributes allowed it to hedge against its dual sides, depending on the economic environment.

The Beginning of the End for the Fossil Fuel Industry?

As the old maxim goes, every crisis presents an opportunity. Before we cover the “opportunity” part of the maxim, let’s first do a quick sweep of the crisis it may bring.

One of the main issues surrounding this emergence is the loss of jobs in its legacy counterpart. While millions of jobs may be created in this budding industry within the next decade, it will likely accelerate the erosion of jobs already taking place in coal and oil, according to the Bureau of Labor Statistics (BLS) estimates. Regions that rely on coal, gas, and oil labor will likely be hit hardest, assuming that many of these workers will not have the means nor motivation to retrain for an entirely new industry.

But perhaps one of the biggest criticisms of renewable energy initiatives is its unfavorable “energy return on energy invested” prospects. According to a recent UC Berkeley study, it would take 70 years for California’s high-speed railway to break even on its investment. Scientist David Hughes, in his book Carbon Shift, argues that some wind turbines in poorly-placed locations may never produce enough energy to recoup its investment. These are only two instances of what may become a vast field (of inefficiencies?).

In addition, the creation of clean energy infrastructure (like electric charging stations) may require the use of fossil fuels. So, are we to frontload carbon emissions in order to usher in an era that may take years or decades, if at all, to compensate for the pollution and costs it may bring?

If we eventually head down this course, there is, at least, an opportunistic flip side to all of it.

A Critical Component in Renewable Energy

Silver is the monetary-industrial hybrid par excellence. It’s the only metal with a monetary history four-millennia old that happens to be a key industrial component of an emerging industry that one day may become standardized.

As the US energy industry balances on the tension wire of a politically-charged tug-of-war, one that’s slowly shifting from legacy to green, global decarbonization efforts appear to be gathering full steam, or shall we say, “full charge.” Three areas in which these efforts are making headway are in electric vehicle (EV) production, solar energy, and 5G networks.

Silver consumption may likely play a critical, expanding, and “sustainable” role in all three emerging areas.

Silver’s electric properties make it a critical component in most vehicles’ electronic systems. This comprises several individual components, from the most basic automotive glass to high-tech driver alertness systems. According to a recent Silver Institute report, the industry group projects that around 90 million ounces of silver will be absorbed annually by the automotive industry alone by 2025.

Photovoltaic (PV), aka “solar” panels, already take up a good chunk of silver consumption each year. If you’re not familiar with this term, a PV system essentially converts sunlight into energy by turning light into electrons for storage or for use. Silver helps facilitate the flow of electrons toward storage or use. A Silver Institute report states that the PV industry will consume an estimated average of 88 million ounces per year until 2030.

The capacity to function with ever-increasing speed is a main feature and requirement in today’s tech-driven world. There’s no going back or getting slower. And Fifth Generation (aka 5G) mobile tech is the next step in data transmission. It will upgrade virtually every tech device in current use and development.

As silver offers among the highest levels of electric and thermal conductivity among all metals, it plays a critical role in all things electrical including 5G components. According to the Silver Institute, silver demand for 5G is expected to rise from 7.5 million ounces currently to approximately 23 million ounces by 2030.

So, What Does This All Mean?

We can borrow from popular financial TV personality Jim Cramer and say that “there is always a bull market somewhere,” regardless of the uncertainty. We don’t know if the legacy fossil fuel regime will rapidly erode or even collapse over time. We don’t know if the current clean energy initiatives are going to bring about fruition or failure. But we do know that, besides its own unique risks and volatility characteristics, silver might offer us the opportunity to simultaneously hedge and pursue aggressive growth in either scenario, rain or shine; boom or bust.

GSI Exchange is a retail gold and silver dealer in Palm Beach Gardens, Florida, and doesn’t provide tax, legal, or investment advice. Whenever making an investment decision, please consult with your tax attorney or financial professional.

The Epoch Times takes no responsibility for the claims, promises made, or the quality/reliability of the products or services offered herein.