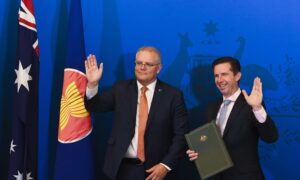 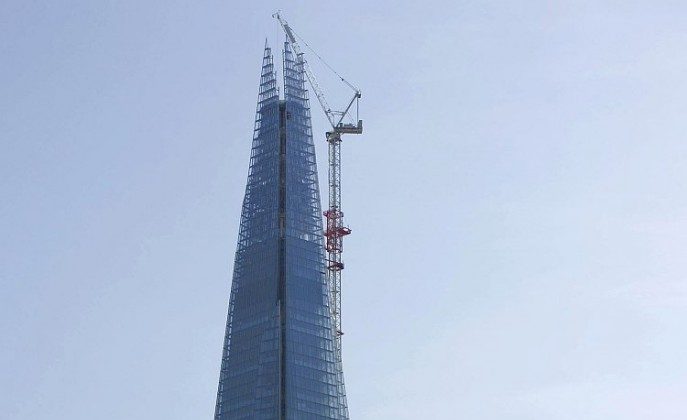 The Shard, the European Union's tallest building, is shown under construction in the center of London on April 1. The enormous glass-clad structure, which will comprise a total of 95 floors, is already winning critical acclaim for its architect Renzo Piano. (Carl Court/AFP/Getty Images)
Business

The Shard, Open for Business, Gives London Skyline a Lift

Last week, the last steel frame was put in place to make London’s Shard skyscraper the tallest building in Europe in 2012.

Starting off as a sketch on the back of the napkin in a Berlin restaurant in 2000, construction first started in late 2009 and now three years later it is being completed.

Designed by an Italian architect Renzo Piano, the building will be 1,017 feet (310 meters) tall, with 72 habitable floors—at the moment the tallest in Europe. Shard will feature office floors, a Shangri-La five-star hotel, restaurants, living floors, and an observatory.

“It will be living 24 hours a day and intensify city life,” said architect Renzo Piano in an interview with the U.K. Association for Project Management. The funding of the building—around 435 million pounds ($690 million)—is mostly backed by an Islamic finance organization, with the cash originating in Qatar. Because of this, due to Shariah, gambling and alcohol companies most likely will not be allowed to occupy the new skyscraper.

The architectural design is modeled after a shard of glass—a triangular long shaped spire with a narrowing top. The exterior of the building is glass to give Shard a unique sunlit appearance and color according to the weather of different seasons and times of day.

“After a shower, it will be blue. In the evening it will become warmer and more red,” said Renzo Piano.

After the destruction of World Trade Center, Renzo Piano made sure to design the Shard to withstand a skyscraper’s most vulnerable areas.

At the moment, Shard is the tallest skyscraper in Europe, but not for long. The Mercury City Tower, a 1,089-foot (330-meter) skyscraper is being built in Moscow at the moment and it will top Shard by 20 meters. It will most likely be completed in 2013.

By comparison, the tallest building in the world is the Burj Khalifa, located in Dubai, with an astonishing height of 2,717 feet (828 meters). The tallest U.S. building is Chicago’s Willis Tower—formerly known as Sears Tower—which stands 1,450 feet (442 meters).