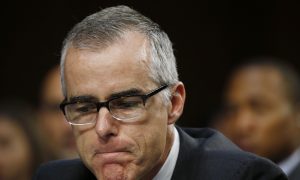 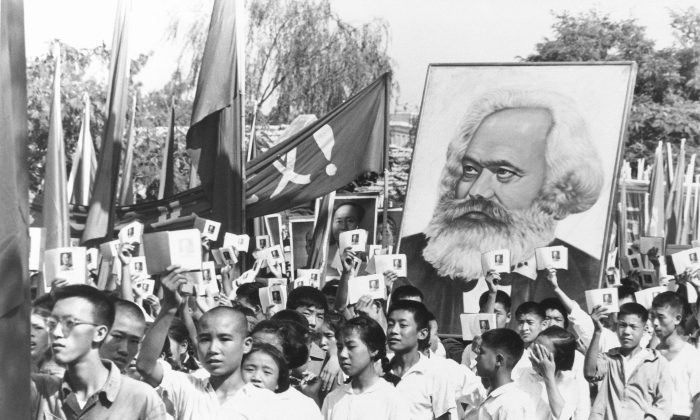 The ‘Shadow Agenda’ Behind Modern Politics

In the undercurrent of today’s politics is a deeper debate on values and spiritual belief, and this conflict is embodied in the battle against socialism, says pastor and writer Bruce Porter.

Porter focuses part of his research on the moral and spiritual decline of the United States. His book “Destroying the Shadow Agenda: A Christian Manifesto” explores the values the United States was built on, shows the factors that pulled the country away from those values, and tries to provide a way back, he said.

In the book, he tries to bring readers “to a place where we can see the beauty of our Constitution, the beauty of the Bill of Rights, and the very real and I think inevitable likelihood that we are going to come back to a place of national sanity.”

His analysis of the decline of the United States comes from a spiritual standpoint on the choices we make. Porter believes that there is a “demonic kind of a conspiracy in the unseen realm” and that we are wrestling against “principalities and spiritual wickedness in heavenly places.”

“Human beings are being influenced either for good or for evil, depending on what they yield themselves to,” he said.

When it comes to politics, the “agenda” that Porter mentions ties heavily to the currents of socialism and communism.

While the systems are often debated only as economic theories, they’ve always gone beyond economics to target morality and spirituality for destruction. Karl Marx wrote in “The Communist Manifesto” that “communism abolishes eternal truths, it abolishes all religion, and all morality.” And while the American experiment was one in the ideas of self-governance by a moral people, communism has sought to create a totalitarian and anti-moral regime that is opposed to the principles of the American idea.

Porter believes this agenda ties back to the beliefs of Marx himself, whom he described as having satanic views that grew from his turn against religion.

“Karl Marx was raised in a Christian family. He quoted Bible verses. He wrote some of the most beautiful Christian poetry that you’ll ever read,” Porter said. “Yet, in college, he came under the influence of Bruno Bauer, who was an ardent socialist.”

Bauer asked Marx why there is evil in the world if God is good, and the young Marx couldn’t give an answer. Marx “had no theological understanding of why things happened in the world the way they do. And he became resentful of God. In fact, more than that he became a hater of God,” Porter said.

Marx’s hatred of God was made clear in his later writings, and it’s evident in his “Communist Manifesto” and his new system that sought to overthrow all religion and tradition. In place of God, Marx said there should be a new government that would be given absolute control over every citizen.

Porter noted that this new system that places the government in the position of God can be seen clearly in countries like China today, where the Communist Party still persecutes religious believers. These countries hold that government in its seat of absolute power “has to be all pervasive, all controlling, all knowing,” he said.

Even countries that aren’t under direct communist rule have been affected by these systems, however, and Porter noted that this can be seen today in the institutions of media and education. “Over the past hundred years, we’ve endured an intellectual and a spiritual frontal lobotomy, in that we are forgetting who we were. We’re forgetting who we were meant to be,” he said.

At the same time, Porter noted he’s hopeful that the United States, and the world, can recover what it has lost.

“I don’t think we’re headed for destruction,” he said. “I think we’re going through rough times. But I think there’s a bigger destiny in play.”