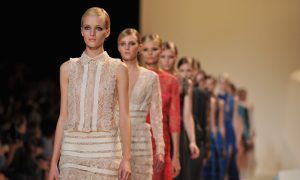 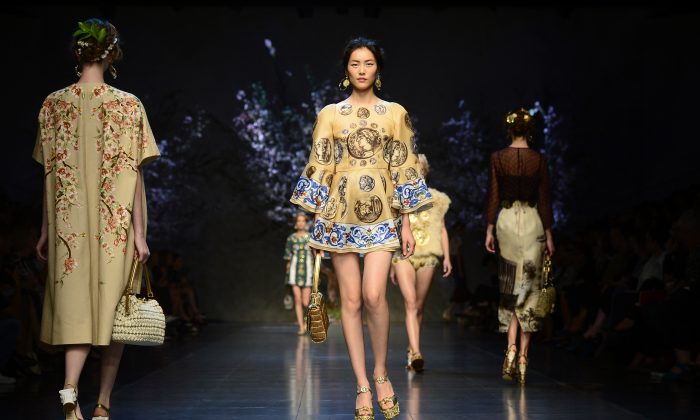 The Seven Asian Models Taking Over the Fashion World

From rocking international runways to gracing magazine covers, Asian models are no longer confined to representing Asian designers. In honor of disrupting the status quo, we’ve rounded up the top Asian faces dominating the fashion scen

One of the most booked models at this year’s Seoul Fashion Week, Park made her international debut walking for her favorite designer Alexander Wang in 2012. Since then, she’s been featured in ad campaigns for major brands like Louis Vuitton, Calvin Klein, and, currently, Kate Spade. This past season, she walked for J. Mendel,Oscar de la Renta, Opening Ceremony, and Peter Som.

As the first Asian face of cosmetics giant Estee Lauder and the first Chinese model to walk the Victoria’s Secret Fashion Show, Liu is one of the most talked about icons in the industry. Hailing from Hunan, she broke onto the international stage in Paris during the Spring 2008 show for Chanel and Jean Paul Gaultier. She’s appeared in numerous campaigns—from the lookbooks of Madewell, H&M, and Rag & Bone to runway shows of Stella McCartney, Givenchy, and Kenzo. Fun fact: She’s ranked number three on the Top 50 Models Women List by models.com.

Mengyao “Ming” Xi entered the fashion scene when she represented China in the 2009 Elite Model Look contest, winning third in the international final. Her career took off in 2011 after Riccardo Tisci chose her to walk exclusively for both Givenchy’s haute couture and ready-to-wear collections and appear as the face of its fall/winter publicity campaign. She’s graced the covers of Chinese Vogue multiple times and has also walked for Zac Posen, Carolina Herrera, Prabal Gurung, and Jeremy Scott.

The Chinese model started her runway career during London Fashion Week in 2009 for Nathan Jenden and Mulberry. In the same year, she was handpicked by Karl Lagerfeld to walk in Chanel’s Paris-Shanghai fashion show. Sun was a familiar face at this year’s Fashion Weeks—we spotted her on the catwalks of Marni, Salvatore Ferragamo, Balenciaga, Emilio Pucci, Jil Sander, Prada, Tom Ford, and Lanvin.

With her signature bleached hair and eccentric street style, Park is not your average model. The Seoul transplant moved to Los Angeles and later attended college in San Francisco, where she was scouted in a vintage store. A favorite of Chanel, Jeremy Scott, and Moschino, she was most recently featured as one of the “It Girls” on MNET’s original series “Alpha Girls“. Editor’s pick: We love her Black Twins cover shoot with G-Dragon in Vogue Korea.

Known for her dramatic poses thanks to ballet training, Kim was the first Asian model for Miu Miu’s campaigns and has walked major runways for Dior, Elie Saab, Burberry Prorsum, and Maison Martin Margiela ever since. We love that she was cast while shopping the streets in Seoul because of her unique beauty—Kim doesn’t have double eyelids or high cheekbones, the typical Korean beauty standard.

Ju started her modeling career in China and caught the international fashion world’s attention after Harper’s Bazaar China cover, where she appeared alongside other Chinese top models. She entered onto the New York scene in 2010 and was the first Chinese model to be the face of Marc Jacobs. She’s been seen on the catwalks of Prada and Hermes—and we just can’t get enough of her ridiculously cute features.

This article is re-published, see original at Mochi Magazine. Mochi Magazine is a nonprofit online magazine and blog that empowers young Asian women. More information is at www.mochimag.com.