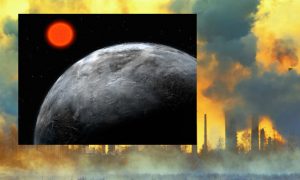 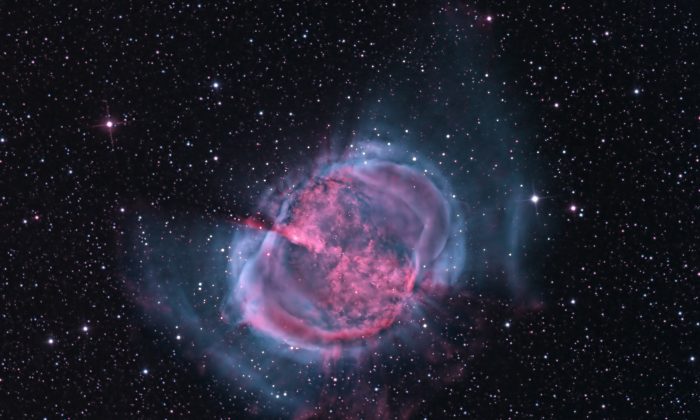 The Search Continues for Extraterrestrial Life, but Should It? (Part 1)

Part 1: Why it shouldn't
By Paul Darin
biggersmaller
Print

The search continues for extraterrestrial life. Finding it could, however, not only be very difficult with our current level of technology, but could also radically change the way we live or the way of life for the E.T. we find.

Whether we find alien microbes on the surface of Mars or on another distant world, or whether we come into contact with a distant, advanced civilization, our science will no doubt expand greatly and our understanding of the universe could drastically improve.

The first question to consider is whether life even exists out there for us to contact?

The answer is most likely “Yes,” according to the Drake Equation. The Drake Equation was first presented by Dr. Frank Drake in 1961. Drake is one of the pioneers in the search for extraterrestrial life; he studied radio astronomy at Harvard and held various posts in the field, including work for NASA’s Jet Propulsion Laboratory, work as a professor at Cornell University, and as the director of the Arecibo Observatory in Puerto Rico. He used a relatively simple formula to predict the number of technologically advanced civilizations in our galaxy.

Listening to the Skies

It is very theoretical, of course, since we don’t know the actual values of the factors considered. But the answer Drake came to with his estimates is that around 50,000 intelligent civilizations could currently exist, and they could be broadcasting signals into space. That may seem like a large number, but considering the vastness of space and the probability of our civilization catching that signal, there is only a chance of one out of every million stars having a detectable civilization orbiting it. Thus, it is a needle in a very big haystack for the organization Search for Extraterrestrial Intelligence (SETI), of which Drake is chairman emeritus.

On to the next question: Is humanity ready to contact alien life, be it microbes or an advanced civilization?

One aspect to consider is the potential contamination one way or the other between terrestrial and extraterrestrial life. Could our wars, famine, political corruption, disease, and environmental pollution impact a possibly more pristine alien civilization?

One aspect to consider is the potential contamination one way or the other between terrestrial and extraterrestrial life.

We’ve polluted nearly all of the fresh water bodies on Earth and contaminated the soil and atmosphere. It’s hard to believe that we could pollute the vastness of outer space, but NASA is currently tracking 500,000 pieces of “space junk” traveling up to 17,500 mph. In 1996, a French satellite was hit and damaged by debris from a French rocket that exploded a decade prior. In 2009, an inactive Russian satellite collided with a functioning U.S. commercial satellite. This collision added about 2,000 more pieces of debris to the junk pile. In 2007, China started testing anti-satellite missile technology. It destroyed a defunct weather satellite, adding about 3,000 more pieces to the pile. More than 20,000 pieces are larger than a softball and some are so small they can’t be tracked.

If this is how we treat our own planet and the space surrounding it, perhaps it’s best if we don’t introduce ourselves to aliens.

4 Things to Consider for Space Warfare, Such as How Bullets Fire in Space

On the other hand, our position could go from bad to worse if alien life contaminates our world further. We’ve seen how an invasive species can damage an ecosystem. Life from other worlds poses the same risk.

We’ve seen how an invasive species can damage an ecosystem. Life from other worlds poses the same risk.

Our space exploration is partially motivated by the search for resources and aliens could have the same motivations. If we find intelligent life, maybe it’s best not to attract potentially covetous attention to ourselves and our resources.

In the Discovery documentary, “Into the Universe with Stephen Hawking,” Hawking imagines the possibility of advanced nomadic aliens in giant ships looking to conquer and colonize whatever planets they can reach to capitalize on resources.

“We only have to look at ourselves to see how intelligent life might develop into something we wouldn’t want to meet.” He equates the E.T. visit to Columbus discovering the New World, “which didn’t turn out very well for the Native Americans.”

“We only have to look at ourselves to see how intelligent life might develop into something we wouldn’t want to meet.”
— Stephen Hawking

Ready or not, the search is on and an alien encounter could happen any day. SETI has been hard at work attempting to contact or find transmissions from intelligent alien life since 1984. NASA’s Curiosity rover isn’t exclusively searching Mars for life, but it was designed to assess the “habitability” of Mars, according to NASA.

Many scientists wish to make contact and broaden the scope of science. Even organized religion has addressed the issue. In 2008, the Vatican’s chief astronomer said that belief in aliens does not contradict faith in God. Moreover, Vatican Observatory Director Rev. José Gabriel Funes, said that the vastness of the universe means it’s possible that there could be life outside Earth, even intelligent life.

Philosophically speaking, it’s difficult to say how different cultures on Earth would react to news of life existing elsewhere, despite positive stances from the U.S. government agencies and the Vatican.

Considering our violent history, could we be facing a future of interstellar war? Once contact is made, will we be in control of how it develops or could negative consequences follow before we’ve had time to prevent them?

Coming soon: “The Search Continues for Extraterrestrial Life, But Should It? (Part 2: Why it should)”