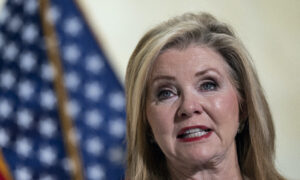 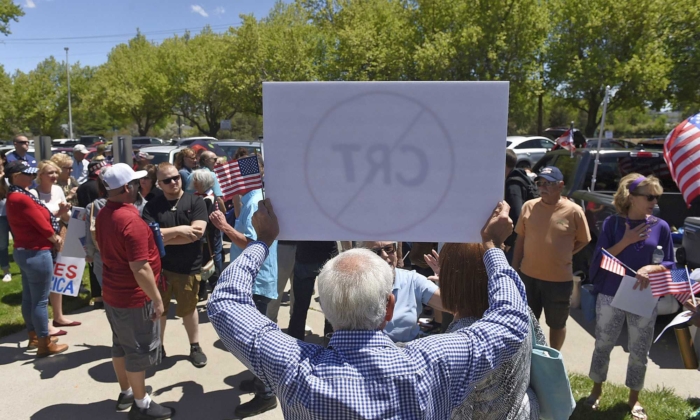 Currently, at least 22 states have legislation pending that would forbid the teaching of critical race theory (CRT) in K-12 public schools. Six states—Arizona, Idaho, Iowa, Oklahoma, Tennessee, and Texas—have turned those bills into law. That—plus a grassroots uprising of parents against indoctrinating youngsters with the idea that “systemic racism” is baked into all American institutions—has caused panic among the progressive academics and their media allies for whom CRT seemed to be the next big pedagogical thing.

Only yesterday—two years ago in August 2019, to be exact—the “1619 Project,” a Pulitzer Prize-winning brainchild of the New York Times holding that America’s true founding occurred when a slave ship landed in Virginia during the early 17th century, was being incorporated into high-school curricula in major cities such as Chicago and Washington, D.C.

Now—well, the same academics and journalists are scrambling to come up with rationalizations for why CRT should continue to be taught at all in the face of extraordinary popular opposition. The rationalizations are across the board: every argument from “no, it’s not really critical race theory” to “it’s good for young people to learn CRT” to a combination of both of the above. I’ve collected a list of those hasty arguments made just over the past week or so in various media outlets.

Critical race theory is just a right-wing bogeyman that’s not even being taught.

“‘Critical race theory’ does not exist as a course or curriculum in K-12 education,” declared Harvey J. Graff, an emeritus professor of English and history at Ohio State University, in an Aug. 2 op-ed for the website Inside Higher Education.

“It is also a very advanced curriculum that requires a mastery of complex social concepts, which is why it is typically found in university environments. … I know of no high school district in the country that is adopting CRT as its official social studies curriculum,” J. Kevin McCarthy, a social-studies teacher in Palm Springs, wrote for the Desert Sun on Aug. 1.

McCarthy said the fight against CRT was a “new version” of the “war on Christmas” waged by secularist liberals that’s supposedly a conservative obsession.

That’s the stance of teachers interviewed in an Aug. 3 story in the Texas Tribune about Texas’s new anti-CRT law, which goes into effect in September. The law doesn’t bar teaching about such historical wrongs as slavery, Jim Crow laws, or lynchings, but the teachers told the Tribune that they will now hesitate to challenge today’s “dominant” historical narrative, which is essentially “white people’s perspectives.”

“It’s terrifying to me to think that there could potentially be a generation of young people that will grow up not knowing anything about the real history of our nation,” James Gaillard, a Democratic assemblyman in North Carolina, which is debating an anti-CRT bill, told the Daily Tar Heel, the University of North Carolina’s student newspaper, in a July 23 story.

Erika Wilson, a law professor at UNC, said that CRT opponents are using the theory as a “dog whistle” to ban the teaching of historical facts that they find offensive.

Opponents of CRT are hysterical right-wing crazies stirred up by the right-wing media and shouldn’t be listened to.

“Please do more reading and thinking on critical race theory and see if the Tucker Carlson version really seems like the truth,” South Dakota Public Radio contributor Kevin Woster begged the state’s Republican Gov. Kristi Noem in an Aug. 2 opinion piece. Noem has signed an executive order barring the state’s education department from seeking federal grants related to CRT before the end of the South Dakota legislature’s 2022 session. “Please listen to the 1619 podcast by the New York Times,” Woster continued. “It’s a powerful example of seeking historical truth.” He warned Noem that she was veering “dangerously close to Marjorie Taylor Greene and Mike Lindell territory.”

In his Inside Higher Education op-ed, Ohio State’s Harvey Graff added Christopher Rufo, a senior fellow at the Manhattan Institute and a leading anti-CRT activist, to the list of villains supposedly responsible for stirring up hysteria among parents and legislatures. “[T]his well-funded, coordinated national campaign fuels grievances, provides sample legislation that is copied by right-wing state and federal legislators, supplies guidance on how to disrupt local school board meetings, and offers instructions on how to run for election to boards of education,” Graff wrote. “It joins the movements to suppress voting rights, free speech, women’s and LGBTQ rights, and racial equity—movements that together represent the greatest assault on American democracy in my lifetime.”

There’s obviously something contradictory about these arguments: denying that critical race theory actually exists as subject matter in the nation’s public schools, while at the same time asserting that children will be inadequately educated in history if they fail to be taught it. Dismissing CRT opponents as fringe crazies while fighting on every front a tide of legislation that actually signals broad public support. “The greatest assault on American democracy in my lifetime”? That’s a voice of desperation. It’s also a sign of a healthy belief among Americans that “systemic racism” isn’t all that their country is about.