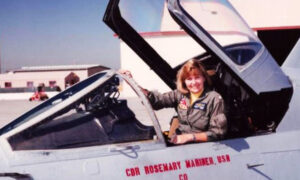 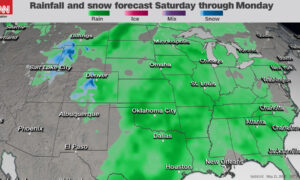 Carry an Umbrella; It's Going to Be a Wet Memorial Day Weekend
0 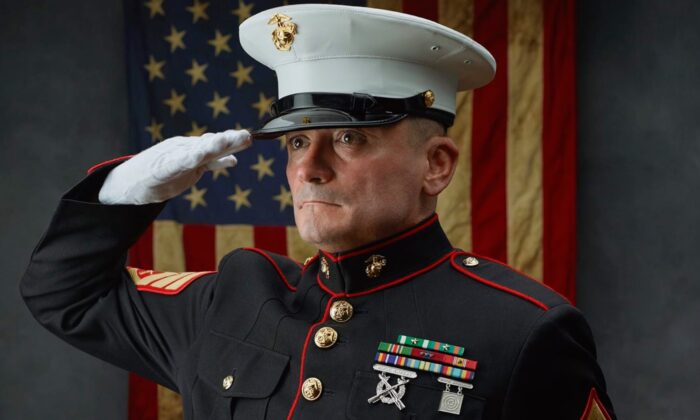 Dressed in a U.S. Marine Corps uniform, Chambers, a 45-year-old staff sergeant from San Diego, stood on the median at the corner of Constitution Avenue and 23rd Street in Washington D.C., near the Lincoln Monument, beginning at noon on May 24—a day before Memorial Day.

Chambers has completed the feat every year since 2002 to raise awareness about veteran suicide. This year, he held a salute lasting 22 minutes in his first hour, to represent the average number of U.S. military veterans who take their own lives daily.

“I did not go to war and I feel like I need to honor the eternal sacrifice of those that did and those who didn’t come home,” Chambers added.

“This is something that he needs to do every year and I support him for it,” she said. “No matter what it takes, we get out here.”

Chambers usually stands at attention during Rolling Thunder, an annual motorcycle demonstration in Washington primarily to raise awareness about prisoners of war, those missing in action, and other issues of concern to military veterans. However, the event, now called “Rolling to Remember,” was canceled this year because of the CCP (Chinese Communist Party) virus pandemic.

More than 100 motorcycle riders still rolled by on May 24 to watch Chambers, the news outlet reported.

When asked by CBS 8 why he chooses to return every year, Chambers said, “10 seconds of silence at events? Okay? Was it really felt? There [are] a lot of ways to serve our country.”

“This is something that came from my heart, from my own accord,” Chambers said during a live stream as he approached his 18th hour standing at attention.

Correction: This article has been updated to reflect the correct status of Veteran Marine Staff Sgt. Tim Chambers. The Epoch Times regrets the error.