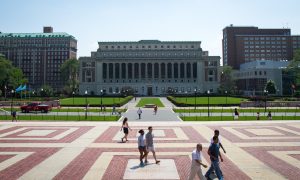 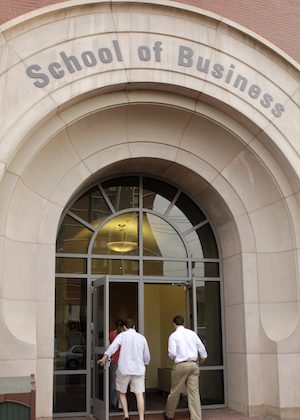 The Sad State of Universities

Universities are losing their focus and character in the name of compliance, correctness, and cash

There is a quiet but important scandal brewing in our universities. The symptoms of this scandal burst out occasionally, most recently at the University of Western Ontario, where the symptom is the $1 million a year compensation package paid to its president.

In Alberta, the symptom is ministerial statements about the purpose of universities and the need to “rationalize” programming to reduce duplication and to focus more on programs that produce economic benefits. In Britain, it is the uncontrolled growth of highly-paid neo-liberal administrators who seek to “economitize everything,” leading Warwick University to “outsource” to a third party the bulk of its undergraduate teaching. Similar developments are occurring in New Zealand, Australia, and the Netherlands.

Let’s go back a step and ask the simple question, pondered by Cardinal John Henry Newman in the 1850s but more recently by the University of Cambridge’s Stefan Collini: What are universities for? What is their purpose?

What Are Universities For?

They exist, according to most who study higher education, as places for the pursuit of understanding, knowledge, and meaning. In science, following philosopher Karl Popper, we used to refer to the pursuit of “truth,” but we now recognize that truth is elusive and only occasionally evident. More often, we are seeking to understand and explain within the limits of current knowledge and tools. This is the work of universities, whether in relation to neuroplasticity or Shakespeare, Keats or biomedical ethics.

Now look at what is happening. As governments systematically reduce their financial investments in universities and place the burden firmly on the capital markets to fund student debt-loads, they become increasingly under pressure from business to produce outcomes. Capitalism, therefore, begins to determine content, process, and practice.

In the neo-liberal view of the universities, universities are “knowledge factories” where “innovation” is born and the opportunity for commercialization begins; they are engines of diversification and the new economy. They are also seen as “skills factories” which produce the next generation of skilled and intelligent labor, which is why (despite evidence showing that this is a mistake, as American journalist Fareed Zakaria points out in his new book “In Defense of Liberal Education”), the STEM subjects receive so much attention and research investments, despite the growing demand from business for critical thinkers, creative and imaginative team players with knowledge and experience of design and systems thinking.

Mark Zuckerberg, founder of Facebook, was not a STEM student—he was deeply interested in Greek and was pursuing a psychology major when he dropped out.

So, to manage these factories, faculty is sacrificed to the gods of managerialism. The growth of administration in universities over the last 20 years is remarkable, as is the widespread adoption of targets and performance management for teaching, research, and grant raising. These nonprofit organizations are increasingly mimicking for-profit organizations and seeking to outdo them in their focus on the bottom line.

Britain is perhaps the worst case. Professors are hired to boost the citations count for the research funding reviews and, once the reviews are completed, these professors are dismissed as surplus to requirements (Thatcher abolished tenure years ago). “Brand” is the thing, not brains.

Governments don’t understand universities: they see them as part of the economic system, rather than as a harbor of safety for demanding thinkers and scientists in a growingly complex society. Rather than encouraging the pursuit of understanding and evidence-based reasoning, universities are being urged to be politically correct and largely silent on major social issues like inequality, poverty, non-sense government policy, and social issues.

In the new culture of intolerance of dissent, many professors are being required to sign “gag orders” that insist that they are silent on issues such as climate change, bioethics, biodiversity, First Nations’ rights or other matters which challenge “government think.” Indeed, many contracts of employment for those hired to teach or undertake research in U.K., Australia, New Zealand, and the Netherlands now contain clauses that demand such compliance. In Canada, faculty members who hold views contrary to those of the majority have often been silenced.

So what can we do?

First, we can follow Stanford’s view that tuition should be free for any student whose parents’ income is less than $125,000. Chile, Finland, and Scotland all have tuition-free institutions and other Scandinavian countries are considering a similar move. Meantime, tuition is increasing in Canada and Britain (it is now 9,000 pounds a year—$17,000 Canadian—in the U.K.). We may also want to restrict the proportion of overseas students within a faculty to 15 percent so as to ensure the availability of places—in some Canadian faculties this figure is closer to 30 to 40 percent.

Second, we should see public universities as publicly owned (not government-owned and -managed) assets which the community should help shape—let the governance of these institutions be independent completely of government and let them be elected by the community, not appointed by government.

Third, we should fund research in all disciplines, not just those that are seen to be “sexy” for business. Understanding music is as important to society as nanotechnology; drama is as important as dermatology; Nietzche as neuroscience. We might want to restrict the investment by business in “closed,” proprietary research and increase the amount of research that is “open” and transparent—less focus on patents and confidentiality and more focus on public good.

Fourth, we should reduce the number of regulatory controls and reporting requirements and increase the autonomy of these institutions. This should lead to a reduction in the number of administrators and should enable us to focus more on the core mission: teaching, research, and serving the needs of the community. Our university presidents and vice chancellors should be champions of thought and creativity, not slaves to compliant correctness and the virtues of spreadsheets.

Fifth, we should ask universities to develop their own future-focused plans which don’t seek to “second guess” what they have to do to attract funds. Give block grants committed to over a medium term and then ask the universities how they can create a future that builds a university that meets the needs of scholarship and the community.

Finally, we should encourage transparency, openness, dissent and critical voices. No one is above scrutiny and review by independent scholars—the recent “transformative Alberta budget” (sic), for example, would have been taken to pieces by the economics department in which I studied as a student by now and this would have been widely reported and shared with no fear of recrimination or reprisals. That this does not happen (with the lone voice of the Parkland Institute at the University of Alberta) shows that “something is rotten in the state” of these institutions.

We are losing the focus and character of our institutions in the name of compliance, correctness, and cash. We need them back. We need them now more than ever. It is time for students, staff, and others in society to get behind those who dissent from the current neo-liberal view of our universities and start a movement dedicated to returning the public good role of universities to the public.

The developments at Western provide one lit fuse. Warwick’s decision to outsource significant amounts of its teaching must be another. Can we light some more?

Stephen Murgatroyd is a consultant in innovative business and education practices with a doctorate in psychology. This article was previously published in TroyMedia.com.