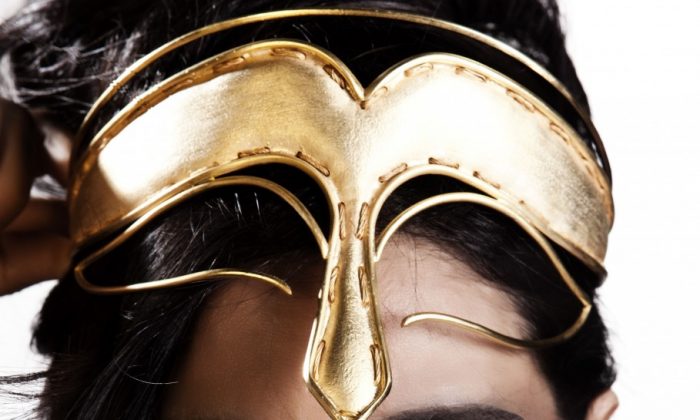 Vassiliki is about to present her new collection of historic art works in a world tour. Her starting point is the Amazon project. Here she is presented face to face with the Amazons’ mother, Otriri. (Thyreos)
Entertainment

The Sacred Science follows the destinies of eight people as they travel deep into the Peruvian Amazon jungle to meet the native shaman. Joined by a common goal to heal their longstanding illnesses, some of which are terminal, it is a journey that has a profound effect on the rest of their lives.

Five return home healed, two return disappointed, and one of them does not return at all.

There’s an irony that the origin of 25 per cent of Western medicine comes from the Amazon rainforest yet only 5 per cent of the plants there have been examined for their medicinal properties. The local medicine men posit, however, that there is far more to healing than just taking drugs.

In contrast to the passive Western model that has failed the travellers so far, each must go through a journey of self discovery, of breaking old habits and stubborn ways of thinking, and of cleansing the mind, body, and spirit through intense spiritual encounters.

Furthermore, each patient has to live in an isolated hut deep in the heart of the rainforest for a month to assist this process. Their quest is guided by the local shaman who concoct brews and poultices using gathered indigenous flora and fauna, some of which are now so rare they have to search for a day to find them.

The film is a collaboration between director Nick Polizzi and medicine man Roman Harris, who himself was cured of a terminal genetic disease. Harris was so astounded by the essence of the shamans’ wisdom that he has spent the last 10 years learning their ways.

The film suffers a little from a lack of stimulating camerawork that could better illustrate the splendour of these natural phenomena. However, the journey is compelling and easy to understand with the medicine men’s benevolent character bringing a gentle authenticity to the proceedings.

But The Sacred Science was never meant to be just a beautiful film about the vanishing world of a few quaint indigenous natives. It brings an awareness of the power and necessity for wisdom that is rooted in our connection with nature. It could be a breakthrough for our modern world; a scientific breakthrough, a sacred breakthrough.

A must see for the converted, the curious, and the sceptical.