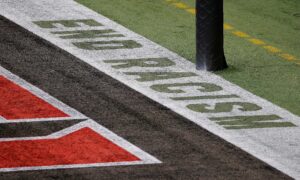 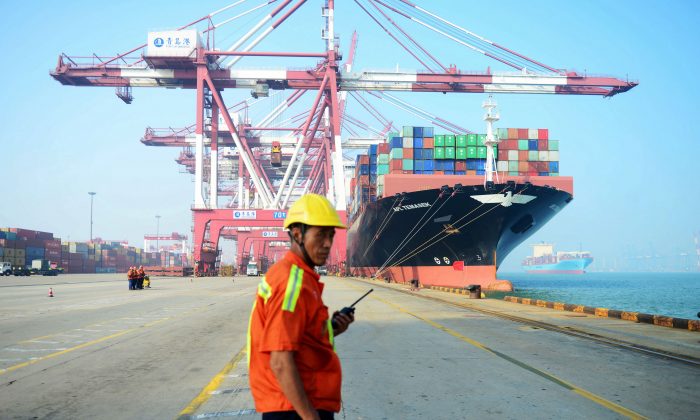 A Chinese worker at a port in Qingdao, China on July 13, 2017. The Chinese are an obstacle to free trade and President Trump is using risky methods to solve the problem. (STR/AFP/Getty Images)
Viewpoints

The Road to Free Trade

Every trade, before it takes place and without exception, benefits both sides.

I buy a shirt for $15. How much do I value it at, upon my purchase? Is it $14 or less? If so, I would lose $1 or more on the deal, and would never engage in it. Is it a tie for me between the shirt and the $15? Am I indifferent between the two? If so, I wouldn’t bestir myself to acquire this product, since there would be no gain in it for me. If you guessed that I valued this clothing at more than $15, then go to the head of the class. If I assessed it at $20, then I made a $5 profit on the deal.

What about the seller? You can bet your boots that he gauged it at less the sale price, otherwise, he never would have allowed me to have this article of apparel. If he pegged it at $3 (he has lots of them, and wants to reduce his stock), then he earned $12 from the commercial interaction.

Most socialists would now say that we exploited each other. Did we not each earn a profit at the other’s expense? No, no, no, we both helped each other. Thanks to the trade, we are both necessarily better off than if it hadn’t occurred.

What about after the fact? While in this case, there is no absolute necessity of gains from trade, it is rare when regrets occur (a lemon car, with no insurance). I may decide that this shirt is no longer in style, and the vendor might come to believe that there’s gold in the yarn that’s worth more than the $15. Apart from unusual cases such as these, trade is always and ever mutually beneficial.

Self-sufficiency sounds good. But only in psychology, not economics. In the former field, it depicts people who aren’t desperately in need of others, who can stand on their own two feet.

But in the dismal science, it spells anguish. If a nation is self-sufficient, that means its residents trade with no one but each other. If Nevada is self-sufficient, their trades are limited to each other. Ditto for Las Vegas. Taken to its logical conclusion, 99% of us would perish if we had to rely upon only ourselves, and couldn’t buy or sell, rent, borrow, or lend with other people.

This is why what the Chinese are doing with their high tariffs and other non-tariff trade barriers is so economically devastating. They want to have their cake and eat it, too, and their China 2025 plan has the goal to reach economic autarky.

The Chinese regime is artificially reducing our cooperation with each other. They are playing havoc with specialization and division of labor. They want to be jacks of all trade, and they are masters of none.

President Donald Trump, however, proposed to drop all tariffs to zero at the G7 meeting last June, which was rejected by the other participants. And it may well be that he favors fully free trade, despite his protectionist rhetoric. It could be argued that he’s only objecting to other nations interfering with the untrammeled movement of goods and capital investment. Now, he is paying them back in their own coin and with the objective to make them lower their tariffs.

There is a danger to this strategy: There are two men in a rowboat, and one of them shoots a hole in the bottom of the boat. Let’s say that man is Chinese and the hole is a tariff. The argument for full free trade with all nations, despite their own tariffs and quotas, is that it would be silly to shoot a second hole in the boat. However, to extend the analogy a bit, Trump may shoot a second and even a third hole in the boat, so as to get the first shooter to plug up the first hole.

The trade-war escalation may be one way to achieve international economic freedom. It might be even more effective than the traditional means toward this end, espoused by economists Ludwig von Mises, Milton Friedman and other free-marketeers: a unilateral declaration of free trade with all nations on the part of the United States, despite their own policies of shooting holes in rowboats.

The danger with this procedure is retaliatory tariffs. The United States raises them against the importation of foreign goods, and there is a response. The end point is no trade at all, and mutual impoverishment.

However, a unilateral declaration of free trade also has shortcomings: It is an attempt to lead by example and necessitates much freer domestic trade. Only if the United States gets rid of domestic impediments to trade such as taxes and regulations, will it be competitive enough to ward off protectionist and hostile countries such as China.

The Trump’s administration is already moving into this direction, albeit ever so slowly. In the meantime, if the president succeeds with his trade-war strategy and the world moves toward more free trade internationally, he will have accomplished two important objectives and we should thank him for taking the risk.

Walter Block is the chairman in economics at Loyola University, New Orleans. He also is an adjunct scholar at the Mises Institute and the Hoover Institute.