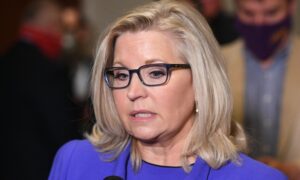 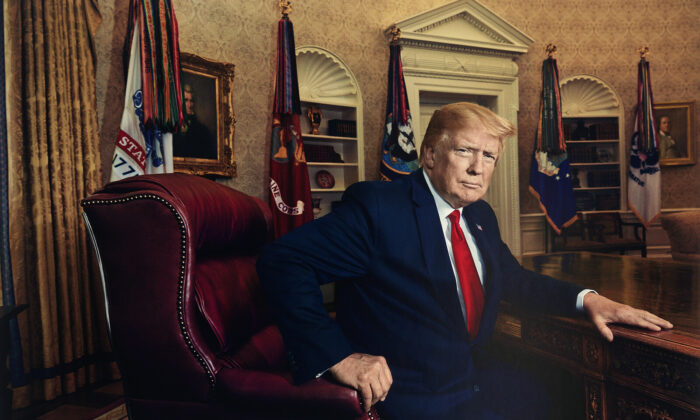 The Risks and Rewards for Democrats of Running on Trump Hatred

“With Policies Failing, Democrats Turn to Trump-Hate,” wrote Conrad Black in these pages the other day. And as inflation, in particular, is only likely to get worse between now and next year’s mid-term elections, it will be more and more necessary for the Democrats to stick to Trump-bashing as the only possible distraction from their own failures.

Among the other failing policies mentioned by Lord Black are the chaos on the border, which Biden spokesfolks continue, ever more implausibly, to deny, as well as bad employment numbers, rising crime rates, continued fear-mongering over the coronavirus, insouciance over the ransomware attack on the Colonial pipeline by Russian hackers, and the politicization of school curricula with “woke” orthodoxies about race or “transgender” politics.

And then there’s also the ever more evident anti-Semitism among Democrats elicited by the Hamas-sponsored rocket attack on Israel.

That’s an awful lot of pretty obviously bad stuff for them to try to distract voters from with Trump hatred, especially as the former president won’t be on the ballot next year. Yet it’s certainly not beyond the realm of possibility that the continued demonization of Donald Trump can also continue to turn voters out to vote against his party, particularly if he himself is willing to cooperate in the effort.

For on the other side of that particular coin, so far as Republicans are concerned, is the problem of getting their voters plus a fair number of persuadables to concentrate on Democratic failures and forget about Trump—especially about his grievance against the Democrats over the stolen election—when the former President himself and his grievance alike seem determined not to be forgotten.

Though substantial numbers of Americans still believe that the election was stolen, and many of them feel passionately about it, a majority do not, which makes any decision to campaign on this issue in the mid-terms an almost certain loser for Republicans.

Of course, it’s just possible that Trump himself may know this and decide to campaign, unselfishly, with fellow Republicans against Democratic failures instead.

Kaus goes on to write that the problem for Republicans will be compounded if Trump or one or more of his business associates is indicted on a criminal charge, as it now seems possible if not likely with the convening of a grand jury by the Manhattan district attorney.

“If Trump is indicted in New York, or anywhere, that will only make his 2022 lunge for the limelight all the more inevitable, as he seeks to counter the bad publicity, make his case, and blast prosecutors for targeting an active political player for partisan reasons.”

That may be true, but I wonder if Donald Trump the unfairly harassed and persecuted former President isn’t more of an unknown political quantity than Donald Trump the putatively sore loser.

An indictment by a Democratic prosecutor in the run-up to the election, especially in the context of all the other failed attempts by Democrats to prove charges of wrong-doing against someone they obviously hate so much, risks creating sympathy for him among the persuadables and even more motivation to turn out among the true believers in Trumpism.

The situation would then be the reverse of that obtaining with any attempt to re-litigate the 2020 election. The Democrat true believers would then be on board but the persuadables might be more likely to lean toward the party of Trump if its figurehead is being pursued with obscure tax charges by an obviously politically motivated prosecutor.

At any rate, it is by no means certain that the hounding of President Trump nearly two years into his post-presidency will not backfire on the Democrats and make their use of him as a distraction from their own record in government even more obvious than it already must be.

At the very least it will rescue him from the irrelevancy that, by making him more subject to their ridicule than their hatred, could be as much their friend as it is the friend of those Republicans who privately wish he would just go away.

Conrad Black believes that, “at this point the administration looks like a melting iceberg, turning in the desperation of their failure at governing, back to the only tactic that has worked for them: the malicious character assassination of the former president. It is unlikely that will work again.”

I might put the chances of its working at closer to 50-50 myself, but if I were on the DNC, or in the Manhattan district attorney’s office, I think I just might conclude that the risks of bringing Trump front-and-center in the 2022 campaign outweigh the potential benefits—unless, of course, things get so bad that the Trump card is the only one left for them to play.

I’m not sure we haven’t arrived at that point already.