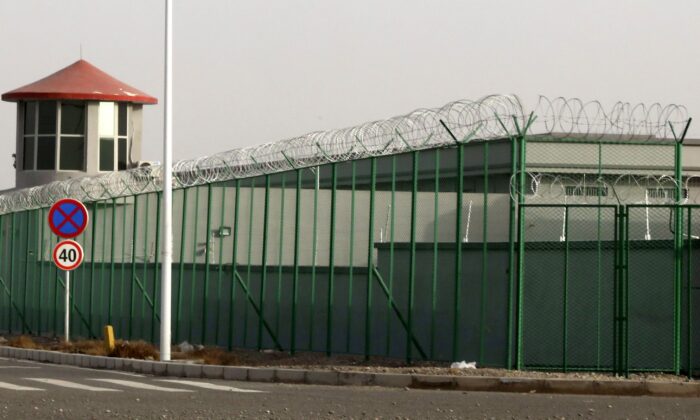 The Risk to China’s Uyghurs From Coronavirus Demands Action

The mistreatment of Uyghurs and other Muslims in Xinjiang, China, can best be understood by focusing on a single victim.

Asa (pseudonym) had relocated to Egypt from Xinjiang for work. In 2015, she took her infant triplets to Xinjiang to visit her parents, thus commencing a three-year nightmare involving forced separation from her children, detentions in “vocational training centres,” witnessing the deaths of cellmates, and the death of one of her infants.

In 2018, the Egyptian Embassy helped Asa get out of prison. She and her two children are now refugees in the United States, but her experience reflects that of many Uyghurs.

The early concealment of the coronavirus outbreak in Wuhan for several weeks in December 2019 allowed it to infect many thousands in the region and spread now to 28 countries. Communist Party cadres opted initially to put secrecy ahead of admitting to a growing crisis. Dr. Li Wenliang, 34, who heroically alerted other doctors about the new virus, was forced to sign a statement denouncing his warning as unfounded and illegal. His death from the virus on Feb. 6 provoked a deluge of mourning and anger across China.

There are fears that the virus will spread to Xinjiang, where an estimated 1-3 million Uyghurs are held in hundreds of camps. Adrian Zenz, a leading researcher on Xinjiang’s mass internments, wrote on Twitter: “The coronavirus could add an entirely new dimension to the Xinjiang crisis.”

Radio Free Asia reports that the poor sanitation and cramped quarters at the camps could facilitate an epidemic, leading to a “massive disaster,” as one expert put it.

Zenz estimates that there are now at least a million Uyghurs incarcerated across Xinjiang and exposed to endless hours of “re-education.” The intent of the brainwashing is to “kill the memory of who they are, wipe out their separate identity, language and history,” he said in a talk at Harvard University’s Fairbank Center for Chinese Studies.

Organ harvesting from Uyghur prisoners preceded that from Falun Gong (which began in 2001). Dr. Enver Tohti, a Uyghur, has said that in 1995, when he was a general surgeon in an Urumqi hospital, he was taken to an execution ground by hospital authorities and removed the kidneys and liver from a man, who was alive when the operation began.

Tohti made public a photograph of the Human Organ Transportation Green-Path at Urumqi Airport, which expedites the transport of organs for recipients from around the world. The photo—showing a priority lane sign marked “Special Passengers, Human Organ Exportation Lane”—went viral on social media.

Dr. Maya Mitalipova of the Whitehead Institute for Biomedical Research at MIT has said: “[The] entire population of Uyghurs, Kazakhs, and other Muslims in [Xinjiang has] been forcefully health-checked and … blood samples [have been] withdrawn … [from] 2016 to date. These procedures were performed only [on the] Muslim population.”

The Saudi Centre for Organ Transplants has indicated that its citizens bought black market organs and had them illegally transplanted in China. Kidneys and livers harvested from detained Uyghurs sell for US$160,00-$165,000.

Encircled by barbed wire, surveillance cameras, and armed guards, the labour camps force Uyghur, Kazakh, and other minorities to work for little or no pay.

Responsible governments and businesses worldwide should join the United States and Australia in boycotting anyone doing business in Xinjiang. Forced labour in the internment camps is poisoning the supply chain of a number of well-known companies from democratic nations operating there.

Global Magnitsky legislation makes it easier for the governments that have it to impose targeted financial and visa sanctions on officials in authoritarian countries who abuse human rights.

The international community should call on Beijing to allow the International Red Cross and the World Health Organization access to Xinjiang’s camps to monitor what is being done, if anything, to stem the spread of the coronavirus.

To its credit, the U.S. House of Representatives passed the Uyghur Human Rights Policy Act 2019 in December. If this bill becomes law, it will mark the most significant international attempt to pressure Beijing over its mass detention of Uyghurs and other Muslim minorities.