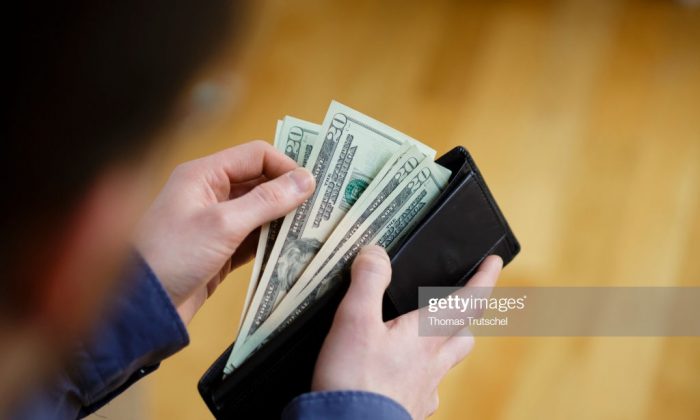 The Rise of the Chiselers

You won’t know it until you closely examine your bank statement.

If you are checking a bag on this plane, that’s an extra $75, and choosing your own seat will cost you an extra $20. If you check in at the desk rather than on your phone, it’s a $20 charge. On the plane, a cup of water is free, but anything else will run you $5, including a cup of coffee. I take that back: A flight attendant wanted to charge me just now $3 for water. Only ice is free, but then you have to wait for it to melt.

The breakfast buffet is $70, but there is a 90-minute time limit to how long you can sit and eat. If you stay longer, and you can, you have to pay another $70. While getting a cocktail at poolside is a great idea, you’ll pay $35 plus tip for any drink with two small shots of rum.

Everywhere you go these days, someone is trying to pick your pocket. You feel it everywhere when you travel. The age of the freebie is over. It was fun while it lasted, but profit margins are being squeezed right now and that means you’re also being squeezed.

Everyone is getting funny with money.

It’s getting worse by the day. You can hardly leave your home without bumping into some surcharge for something. Sometimes, we even see it on the bill for lunch or dinner, just some extra line with a weird explanation like “service fee.” Restaurants hate printing new menus, so the inflation takes other forms: secret charges, smaller portions, and drink prices you only used to see in Manhattan.

It’s the rise of the chiselers. We used to call it nickel-and-diming, but those aren’t worth fussing over anymore. Other close synonyms for chiseler include bilker, cheater, cozener, dodger, fakir, finagler, fraudster, scamster, swindler, and trickster. Everyone wants access to your wallet and bank account. Everyone wants to get down with your dough.

It’s also true for online services. “Try before you buy” means once or twice and then, you will be dinged, while the discounts only start once you commit for a full year. Free software now means useless software and the plugins that make it work break the bank.

It’s a strange feeling to be treated this way because we are coming out of times when prices were constantly falling, and we were told that we were headed toward a world in which everything would be free, because our attention alone is worth so very much.

Just as we thought utopia was dawning, we have moved dramatically in the other direction. Just because someone is charging for something doesn’t make it a racket, but flat-out scams seem more common than ever. The robbery is getting ever more brazen and ever more tricky.

Even I—a person who imagines himself to be untrickable from phishing scams—almost fell for a PayPal scheme last week.

Welcome to a world of declining prosperity and falling real incomes. Everyone is desperate to find some way to avoid slipping down the social and professional ladder. Last week, the craps tables in Las Vegas were packed with people throwing away thousands in the hope of winning tens of thousands. The odds are 1,000 to 1, but desperate times call for desperate measures.

The slot machines were spinning as never before, as bleary-eyed middle-classers sought just one lucky break to make enough to service one more month of the revolving credit card bill that’s charging 20 percent interest. As for saving for the future, forget it. The future is going to be worse than now, regardless.

It’s a strange time to be alive and see this weird situation unfolding. It’s the difference between progress and regress. With progress, people feel generous and bask in the glow of the generosity of others. With regress, people treat others as a means of survival. Everyone who is nice to you wants something: some access, some subsidy, some connection, some contact.

You can’t trust anyone really because everyone seems a bit shady.

Watch any movie made during the Great Depression and you will see what I mean. Half the characters—if not all—are out to make a buck any way they can. A rich person is surrounded by scamsters and cheats and often doesn’t notice it. Trusted associates and even family members are chiseling and robbing in sneaky ways. Even good people come around to the view that this is the way of the world.

Everyone else seems to have a racket: If you can’t beat ’em, join ’em.

The more that people live this way, the less objectionable it seems. The conscience is informed less by ideals and more by the need to get by. That’s how economic decline also is associated with moral decline. As scarcity becomes ever more obvious, what was once considered unethical seems a bit more permissible. The lines between right and wrong begin to blur.

As fewer people earn trust, people withdraw further into private life, surrounding themselves only with proven friends and family. Suspicion begins to characterize the main cultural feeling. A once-enterprising commercial culture seems more like a place you have to watch your wallet—and your back.

Petty racketeering becomes commonplace, but so does crime. Ever since the pandemic lockdowns—when government itself threw law and morality out in the name of virus control—crime has been on the rise throughout the country. If the government itself—the thing that is supposed to protect our rights—behaves like a criminal, what’s to stop copycats in the private sector?

Here, too, we are reminded of movies from the 1930s, when the difference between regular people, petty thieves, and big-time criminals is only a matter of the circumstances of time and place. Everything and everyone seems vaguely corrupt. Such is the ethical trajectory of all societies that slide to statism and economic decline from freedom and prosperity. Governments that misbehave crush not only productivity, but morality along with it.

It’s the age of the chiseler and it’s going to get worse before it gets better. As resources run dry, companies cut ever more high-end earners, prices rise ever further, and profit margins get ever thinner, we’ll all be in the business of holding onto what we have if we are lucky enough. Hope increasingly turns to despair and trust to universal suspicion.

As politics goes, so goes the culture. Just remember that the song “We’re in the Money,” composed two years after the onset of the Great Depression, wasn’t about prosperity, but about having a lot of what it takes to get along. It mostly takes being clever enough to survive in a world of decline, which more and more means picking pockets whenever possible.