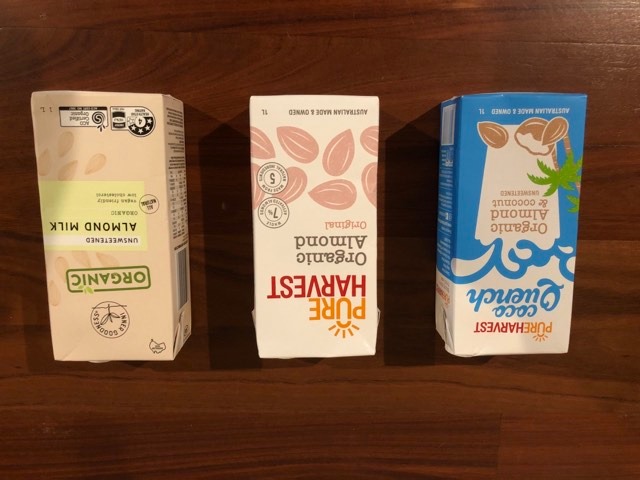 The Rise of Plant-Based ‘Milks’ in Australia

With the amount of aisle space dedicated to plant-based milk alternatives in Australian supermarkets, it’s clear that they are in high demand. But why are they gaining such popularity?

According to experts from the University of New South Wales (UNSW), there are multiple reasons why many consumers are favouring soy, almond, oat, rice or coconut alternatives, including health and ethical reasons.

Professor Johannes le Coutre of UNSW’s School of Chemical Engineering said in a UNSW release on Thursday that he’s not surprised by the growing range of plant-based milks in Aussie supermarkets.

“Food history is full of examples where we try to mimic animal products, so having plant-based milk is not an entirely new idea,” he said.

“Human adults are not necessarily the target consumers for cow’s milk in nature. It’s a product meant for babies, specifically for cow babies.”

Lactose intolerance is quite prevalent among Australian adults due to a lack of the enzyme lactase that digests this milk sugar, and for those people, consuming milk and other dairy products can lead to digestive symptoms such as bloating, abdominal pain and diarrhoea.

Plant-based ‘milks’ provide them with a lactose-free alternative, although there is also the option of lactose-free milk, to which lactase has been added to break down the lactose into simple sugars which are easy to digest.

However, many who are sensitive to milk can still enjoy hard, aged cheeses such as Swiss and parmesan because they are low in lactose, as well as natural yoghurt because much of the lactose is broken down by the bacterial cultures present.

A smaller number of people have an allergy to a milk protein called casein, resulting in symptoms such as swelling of the lips, mouth, tongue, face or throat; nasal congestion, sneezing, runny nose or itchy eyes; or skin reactions like hives, rashes, or itchy skin.

Likewise, for these people, plant-based alternatives can be a good option.

A number of people are also leaving dairy milk behind because of the treatment of livestock in the production process.

“There is a movement of consumers who resent animal products—such as milk—because they are not necessarily associated with good animal welfare,” le Coutre said.

The UNSW release said that to produce milk,  cows have to give birth, and sometimes if the calves are not needed, they are killed, with more cows dying per calorie of milk production than cattle for meat production.

Associate Prof. Nitika Garg of UNSW’s School of Marketing said that growth in plant-based milk alternatives could also be put down to consumer perception about the impact dairy farming is having on the environment.

While research suggests a dairy-free diet may be a more environmentally friendly option, it is noted that some plant milks are likely more planet-friendly than others. For example, growing a single almond is estimated to require 12 litres of water.

Aside from those with intolerances to dairy products, many consumers also believe switching to plant-based ‘milks’ is a good move for their health, but the evidence doesn’t necessarily line up with the arguement.

Reynolds also noted that some plant-based milks have added sugar, including ingredients such as organic brown rice syrup, which are not as healthy as the natural sugar (lactose) found in cow’s milk.

“This means that they can also be higher in high glycaemic index carbohydrates, which can increase blood glucose levels more than lactose. They also have added oils, which are not as healthy as say olive oil, and they’re not suitable as stand-alone milks for children.”

Aside from added sugar and vegetable (seed) oils, another ingredient to avoid when buying plant-based milks is emulsifiers, such as xanthum and guar gum, which are used to create a similar consistency to cow’s milk and can increase the risk of digestive issues.

So should you choose plant based milk ? Overall, plant-based milks that don’t contain added sugar, vegetable oils and emulsifiers provide a fairly healthy alternative to cow’s milk, provided the nutrients missed out on by not consuming the latter, such as calcium and vitamin B12, are made up elsewhere in the diet.