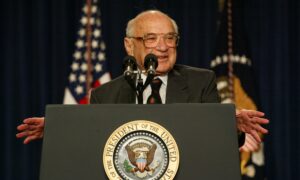 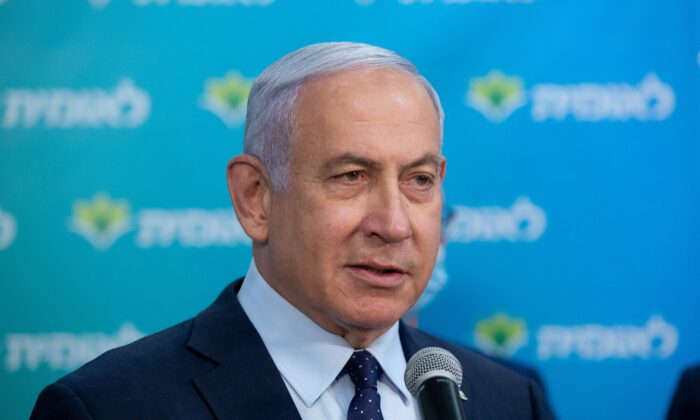 Israeli PM Benjamin Netanyahu speaks during a visit to Leumit Health Care Services vaccination facility in Jerusalem where he meets the 4,000,000 person who had been vaccinated in Israel, Feb. 16, 2021. (Alex Kolomoisky/Pool/Reuters)
Viewpoints

In Israel, the Western world’s most right-wing country, the left isn’t really on the ballot

On Tuesday, the many political parties in Israel’s parliament, and a few new ones, will seek election, with the contest broadly between those parties for and those against Prime Minister Benjamin Netanyahu remaining in power.

Although the election, Israel’s fourth in two years, is once again too close to call—many polls predict another deadlock—one thing seems certain under Israel’s multi-party system of proportional representation. After the votes are counted, whether Netanyahu ekes out a win, whether someone else takes the helm, or whether a caretaker government takes care of business pending a fifth election, Israelis will continue to enjoy the most right-wing government in the Western world.

Netanyahu and his Likud Party members are undisputedly right wing. These are the people who converted the Israel of old—a Labor-led welfare state that was an earnest member of the Socialist Internationale—into what is now dubbed a dynamic “Startup Nation.” Under Netanyahu, Israel privatized industries, cut red tape, lowered taxes, and oversaw one of the world’s fastest-growing economies.

But the anti-Netanyahu block includes right-wing parties, too, that generally endorse his policies, just not his person. One is led by Gideon Saar, a long-time former member of Likud who had been seen as Netanyahu’s heir apparent, and who some see as more right wing than Netanyahu. Another is led by Avigdor Lieberman, who models his party on the philosophy of Ze’ev Jabotinsky, an early free-market Zionist hero.

The only significant party that promotes neither Netanyahu nor the anyone-but-Netanyahu camp—the Yamina party led by Naftali Bennett—also champions the right. The only party of any size that isn’t right wing—Yesh Atid, which attracts about 15 percent of the vote—is moderately left of center, akin to mainstream parties that many might even consider conservative in Canada or the European Union.

Unlike the United States or Canada, unlike the countries of Europe, unlike Australia or New Zealand, Israel no longer has a major bona fide leftist party. The Labor Party that dominated Israel for decades collapsed, and is now supported by just 5 percent of voters. Meretz, a social democratic party that once had clout, has the support of maybe another 4 percent.

The last time the Greens ran in parliamentary elections, in 2015, they received less than one tenth of 1 percent of the vote. A new Green Party that formed in the run up to 2020 elections, which planned to run on a platform to implement a Green New Deal, found itself so bereft of support that it ultimately decided not to run—it determined that attaining 3.25 percent of the vote, the minimum needed to earn representation in the Knesset, would be hopeless.

Yesh Atid would impose a 5 percent royalty on the development of all of Israel’s natural resources, except for oil and gas, the better to exploit the country’s expanding offshore oil and gas fields. As do the right-wing parties, Yesh Atid wants to increase natural gas exports. Outdoing parties on the right, it also wants to increase domestic consumption by subsidizing industry to switch to gas, by directing the bureaucracy to remove any and all roadblocks to natural gas use, and by educating industry to the benefit of natural gas use.

Israel came to its shunning of left-wing orthodoxy out of necessity, and experience. Before it discovered large energy resources, it was vulnerable to boycotts and military blockades by the Middle East enemies that surrounded it, and before its right-wing policies fostered its technological, powerhouse economy, it had difficulty financing its immense defense needs. With money, technology, and energy, Israel not only became more secure, it also made friends of former adversaries who have become eager to trade with it, to acquire Israeli innovations, and to lessen their own energy dependence on other Middle Eastern suppliers.